Up For Debate - Will You Give No Mans Sky Another Chance?

A new trailer dropped for No Man’s Sky Next this week and it almost feels as if we’re back to the fever-pitched hype that preceded the original launch two years ago. Hello Games, and studio head Sean Murray in particular, were sacrificial lambs to the slaughter for a rabid fanbase that felt disappointed, perhaps even betrayed, by what space epic ultimately became.

The aura surrounding No Man’s Sky had become toxic. This was a small team trying to do big things and, I suspect by their own admission, they quickly got out of their depth. Sony left them high and dry having driven anticipation into a frothing frenzy with an E3 showcase, washing their hands of the whole mess.

Some would call No Man’s Sky a disaster, maybe an even an outright lie. Some people loved exploring a near-infinite space. For most, I’d imagine the answer is actually somewhere in between. No Man’s Sky was the kernel of a fantastic game, it just needed time to grow.

And grow it has. Over the course of three major updates, Hello Games added in base-building, farming, freighter ships, new resources, new technology to unlock, graphical upgrades, driveable land vehicles, races, a 30-hour storyline, more varied planetary biomes, and a revamped mission system. And this week we’re getting No Man’s Sky NEXT, another free update that finally adds fully fledged multiplayer, the ability to command a fleet of frigates and full character customisation. No Man’s Sky has come full circle, becoming the game we’d hoped it always would be.

The big question is though, is all it too late? For the millions who bought No Man’s Sky at launch, a healthy percentage have probably already moved on with no intention of ever playing it again. But that could be doing No Man’s Sky a disservice. This is an evolving game on an almost unprecedented scale. When the update arrives this week it could be Sea of Thieves but with actual content, filled with endless adventures across an unthinkable number of planets.

So, will you be biting the bullet and giving No Man’s Sky a second chance? Or has the disastrous launch in 2016 put you off for good? Get voting in the poll and let us know why below!

Will You Give No Mans Sky Another Chance?

Not falling for the trailer trick. I will wait and see for real gameplay. 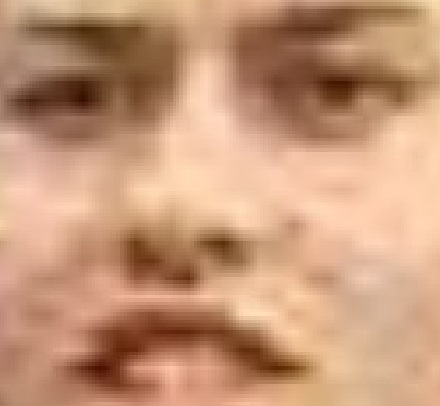 Depends on when will be star citizen fully released.

Yes, I'll be giving it another chance! I already own it so it's not like I can lose anything from it. Worse case scenario I just put it back in it's dusty case.

what was this game about anyway i forgot

I get the feeling that even giving it out for free would still make people question the choice, whether to try it or not... and you're right!
Let them sink now & forever be gone, before they get enough money for some new crap

Maybe, i didnt buy it back in 2016 because i saw all the reviews, y was somewhat hyped for this game at first, with the idea of exploring the universe, something i loved in mass effect 1, but after seeing all this i might even download it.

I won't. The only reason these guys didn't get raked over the coals like Gearbox/Sega did over Colonial Marines is because Sean Murray's comments were so nebulous that it's hard to call them outright lies and he was just incompetent, not criminal like Gearbox was.

Yeah, I see no reason why not. I mean yeah, launch was crappy and they did a lot of things wrong. But you also have to admit, developers did the right thing, made DLC sized updates for free and made game into what it was suppose to be. When they could just take the money and leave it as it was.

So at least personally I feel like line between being rightfully angry about it and being bit of an ass got quite thin. On one side, yes they weren't honest, they lied and so on. On the other hand they did right thing, fix it,... also they kind of were forced into early release by other involved parties too.

And from that I have to question, if we never forgive, are we really the good guys? So I am willing to give it a chance. Because in the end, if one doesn't reward right behavior, then what is the point in trying to do the right thing or fixing mistakes. What is then the point in not being EA and simply not care.

That is why I am willing to give it another chance. Because when another developer messes up. And it is very easy to mess up. They will at least see there is a point in fixing mistakes, sticking with the game and doing right thing. Even if the right thing came after doing bad thing.

Is that a trick question???

I never bought the Game, but with a decent discount i might check it out.

Hell to the no, to the no no no

Maybe if I have someone to play it with

Still keeping and eye on it, I may pick it up on a Steam sale under $10 dollars once they are finished.

I'm contemplating it. I am in the middle of a few games right now and looking forward to several other releases this year/early 2019. But if I can find to to squeeze it in I might check it out. Maybe, with the multiplayer thing, if a friend wants to play it will encourage me a little more. We'll see. I appreciate the fact that the devs haven't given up on it and seem to be trying really hard

...to make up for their mistakes. I can respect that.

I don t give a damn about this game it was released 2 years ago and now they are done fixing this ? If it was in early access or an alpha build than fine but this is an 2 years old game that was released completely (finished) broken/missing features/Made fake promises/overpriced/overhyped the freaking game. I will not support this crappy develepoment they do not deserve it.