BioWare has dropped a surprise new gameplay trailer for Anthem, rolling out its “Our World, My Story” marketing speak in an effort to show how Anthem will attempt to please both co-op fans and solo players. Despite being an always-online experience, BioWare is keen to tout its storytelling chops in this trailer, trying to assuage fans worried the online element may end up taking away from Anthem’s narrative core.

It’s quite a familiar tale, to be honest. We’ve heard similar narratives around The Division and Destiny, to varying degrees of success. Marrying online play with an involving narrative that rewards player choice is no easy task. Regardless of how the story side shapes up though, the gameplay shown in this new Anthem trailer looks fantastic, while the environments are beginning to show some great variation.

Along with the trailer, BioWare has also announced the Anthem Demo, which will be most folks’ first opportunity to go hands-on with the game before launch. The only problem is it’s not really a demo at all, it’s a pre-order bonus or open to those with an active Origin Access or EA Access membership. If you have to pay for a privilege of a demo, it’s not actually a demonstration, it’s a purchase. The entire point of a demo is to see whether something is worth a purchase. After Mass Effect Andromeda, you’d be incredibly brave to pre-order Anthem, let’s be honest.

Anyway, stepping off my soapbox for a moment, this ‘public pre-launch demo’ will be available from February 1st. There’s no word whatsoever about what’s included with the demo, or indeed whether any progress will carry over to the launch version.

Anthem is out on February 22nd, 2019, for PC, PlayStation 4 and Xbox One. Early Access for Origin Access and EA Access members begins a week earlier on February 15th. 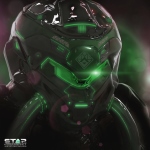 The more I see of this game, the less confidence I have in it. I haven't seen Bioware try so hard to push marketing for a game. I feel sorry for them due to EA. Just compare this to the first 3 Mass Effect trailers. Those trailers spoke for themselves and this trailers begs for attention.

Paying for a demo? I don't think that's how demo should work.

"your own narrative where your choices have consequences, but not the kind of consequences that will actually change anything since we've already said they won't reward or lock off any content because of your choices, in a shared world"

oh yes! RPG at its finest! A group of several people decide on conversations in a tandem.... what could go wrong?!

okay, I get that the shared world can't easily be changed from peoples choices, but the single player hub bit, you could still only get certain missions cause of choices you make etc. but they've already said that doesn't happen.

I'm pretty skeptical at this point about the single player side of the game - from several different sources, I hear different versions: "It will be heavily co-op focused, but still you can play on your own" - "there will be choices to make, but story-wise, you won't change much" - "story-wise you can make decisions, but will influence others as well??" - Ye, already confused....

This game is going through an identity crisis, yes it's Bioware the developers behind the great DA Origins and Mass Effect 2 but this is a online multi-player loot driven Action RPG.

The type of players drawn to this game like Grim Dawn, Division, Destiny, Path Of Exile and Diablo 3. We don't care about story or building friendships with NPCs, we just want lots of end game content to grind with friends and tons of planet cleansing weapons and gear.

what if the story line controls what end-game content you get ? the game would not only be based on skill alone, but also the decisions you make in your walk-through.

then you'd be limited to the choices most people would accept, so that you get to complete the end content with them
Nah, this won't work, decision making is not meant to be between several people

By that same token Roley, I enjoyed Destiny and The Division but once I've blown through what little story content they have I stop playing. Without the campaign elements, those games are nothing to me. If the Anthem story and campaign sucks, there's no reason for me to play it.

Well story content has little to no replay value. That's why I don't think they should be so bothered with it.

Did you go back to the Division in 1.8 to play the additional map with narratives for the story?
I did but not for the story, just the new weapons and gear that was added.

Nah I just stop once I've run out of story lol. I guess I may not be their key target audience there but I also suspect that the vast majority come pretty much just for the campaign, while the hardcore continues onwards. I liked what they did with The Division eventually, but I'd already tapped out after the initial end game was a bit disappointing. I know a lot's changed though so hopefully what Ubi's learnt can get into Division 2 for launch.