Up For Debate - Are you More or Less Likely to Buy Battlefield V After the Open Beta?

With the Battlefield V open beta now done and dusted, I should imagine plenty of you found an opportunity to head in and see what the fuss is all about. The months since the May 23rd reveal have been, er, turbulent to say the least. We had that controversial reveal trailer to kick it all off, of course, swiftly followed by the confirmation of no Premium Pass, and the announcement of a Battle Royale mode, before finally devolving into that cringe-inducing mess that was (and I guess still is) #NotMyBattlefield.

First and foremost, Battlefield V is the series returning to World War 2 for the first time in a mainline outing since the original Battlefield 1942. Comparisons with Battlefield 1 are obvious, but DICE also revealed a number of fundamental changes to how Battlefield V will play.

Enhanced squad mechanics attempt to place the focus back on team play. Ammo and health are now much more limited, forcing players to stick together or play either ultra-aggressive or ultra-conservative. An efficient squad can now steamroll any unprepared competition.

One of the big features DICE has been touting for Battlefield V has been the ability to build fortifications. It would be fair to say this hasn’t quite had the impact some had perhaps hoped. Building fortifications is slow and fairly at odds with the flow of Battlefield V’s gameplay. In certain circumstances, it can be useful for holding a point, but a headshot is a headshot, no matter how many sandbags you crouch behind.

On the upside, Battlefield V has reverted to the classic Conquest ruleset with points ticking down for player deaths and capture point losses. Combine this with the slowing down of the pace and removal of Behemoths, and matches now feel a lot closer than they did in Battlefield 1. Having played a dozen or so matches during the beta, three of my games came down to single-digit wins, including a nail-biting 2-0 victory.

Time-to-kill (TTK) is now also much faster than it was in BF1, bringing Battlefield V more in line with Call of Duty. I personally found this incredibly satisfying as it suits my playstyle, but general feedback suggests a lot of folks are unhappy with how quickly they’re being dispatched.

For myself, I went into the BF5 open beta with fairly tepid expectations but came out mightily impressed. What little content was included felt like a big step forward after Battlefield 1, bringing Battlefield back into line with what I expect from the series. Vehicles still sadly take too much of a backseat for my tastes, but infantry combat is usually top-tier stuff and helps make up for the threadbare vehicle play. The sheer level of chaos has been dialed down somewhat, although I think this plays to the series’ strengths.

So how did you find the Battlefield V open beta? Has it made you more or less likely to buy the final game once it’s out? And what do you think needs to change between now and Battlefield V’s November 20th launch? Get voting and let us know below!

Did you play the Battlefield V beta?

Did you enjoy the Battlefield V beta?

Are you more or less likely to buy Battlefield V having played the beta?

don't know about u guys but what i liked about bf was how simple open world FPS with destructive terrain it was. but BFV and BF1 are far from the simple bf games used to be

BF V beta was soooooo much more fun than BF 1, i will definitely buy the full game.

For me the beta was OK , unlike you Jon i didnt like the fast TTK , the Norwegian map was utter garbage for me and i turned it off after a few hours of playing . there are some problems with the game , for instance that super slow dying time and the bugs that were present , another one is the the lack of any good optics , if i put any lens on the gun , the scope is dirty with mud i presume. BUT the biggest problem for me was ( and i think it is because of me and not the game ) that i simply felt disoriented most of the time , run here run there , cap this cap that , also since the TTK was short most of the time i couldnt see the enemy.

I opened the beta thinking I was going to like the gameplay and wanting to give the game a decent chance, but historical authenticity aside, it was horrible. The revive/spawn system was terrible, as was the TTK, and ammo/health. Not buying.

I actually enjoyed it comapred to bf1. i love how the game is fast paced and the weapons are so satisfying . That dx12 api needs lots of work though, it is a total mess running the game with dx12. i dunno if its the same for amd cards though

I haven't played much battlefield games, some dozens of hours 3&4, but this beta was okay, playing sniper felt enjoyable. And (for me at least) the fps was good, smooth gameplay. Ofc there were quite a bit of problems with servers and squads, but i think that'll be fixed before release. Might be getting this, felt like i could slam some hours in it.

don't know about u guys but what i liked about bf was how simple open world FPS with destructive terrain it was. but BFV and BF1 are far from the simple bf games used to be

I went in knowing I probably won't like the game but wanted to give it the benefit of the doubt. I was done after ten minutes. I want to find the silver lining, but even with the changes, I can't help but feel like this is a re-skinned BF1.

I'm hyped for WW3 as well, but the player base will determine if I buy it or not, if too few people buy it, I won't buy it either.

my only worry as well

This Beta experience was so good I forgot about pork time. No Kidding. This infuriated my "insignificant" other so much she bought a rocket and flew out to Andromeda

I installed the beta with about 14hr to go. Watched a couple YouTube videos about it. Decided to play Fallout New Vegas instead. 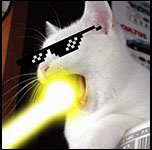 Nah, typically developers who are trying to make a good game will try their best to assure the customers that it will be good, not accuse the customers of being bad people for having concerns.

Well for the first time in my life i had ping less then 100ms in a multiplayer game.If they provide Middle East servers with good routing i will surely buy the game on day 1.Really enjoyed the Beta BTW.

I can see how they try to adapted so many things from other games (Bullet Patterns - CS , Logistic - Post Scriptum , Tanks and Bombs as Kill Streaks - CoD)But with this many changes it doesn't mixed well on BF Foundation (at least for now).

BF V beta was soooooo much more fun than BF 1, i will definitely buy the full game.

I knew what I would get playing it, but I still wanted to try it. The direction BF has taken with BF4 and after just isn't for me. I don't like the shooting mechanics, and it feels more twitchy than tactical. Also, as in BF1, I felt like you were dying too much. It feels more like a k/D game than an objective game.

So, I think I will continue playing BF3, and maybe get CoD BO 4 if friends will

Personally I got my Battlefield fix with Battlefield 1 and I am not die hard Battlefield fan, so nope, didn't try beta, not planning on buying it. I am not saying beta was bad. Maybe after release when full version with all DLC will be cheap. Or not. By that time it will be obvious if game is even worth it anyway.

For me the beta was OK , unlike you Jon i didnt like the fast TTK , the Norwegian map was utter garbage for me and i turned it off after a few hours of playing . there are some problems with the game , for instance that super slow dying time and the bugs that were present , another one is the the lack of any good optics , if i put any lens on the gun , the scope is dirty with mud i presume.
BUT the biggest problem for me was ( and i think it is because of me and not the game ) that i simply felt disoriented most of the time , run here run there , cap this cap that , also since the TTK was short most of the time i couldnt see the enemy.

I still play battlefield 4 nearly daily, the disorientation happens to me for a bit as well after I stop playing for a few days - the series overall seems to have that effect on the eyes until you get used to it, but it's hard in a beta

im downloading BF4 atm just to see if that happens there , ( BF1 didnt have this kind of a problem and i dont know why this is happening ) also its been around 2 years since i played BF4 and so my eyesight may degraded over that time ( im sure it did lol ) and that maybe had an affect on my gameplay.

Another possible outcome is that i simply dont play enough games atm , the last game i played was COD BO4 beta which was in august and before that i played ME:Andromeda in mid july . Will post what i find :D

Honestly, I love the Battlefield games, but I feel like they have been losing their magic through out the years. BF3 was amazing, BF4 was shaky at the beginning but it got epic later on. BF1 was great but it feels more like BF4 with old guns and now BFV is just BF1 with some small changes. Plus EA's guy told me not to buy it, so yeah.

Will wait to see the changes from beta to release(if there even are any), but the beta did not buy me at all like the BF1 beta did. I knew it was an insta-buy after the first day.

As of right now i am not going to buy this game and i am just going to wait till the price is cheaper and all bugs would be fixed cause even if EA says there is no bugs there really is and while the beta was alright and all like i said i would wait till it is costing less and more stable.

Miha99 THANK YOU FOR SHARING THIS VIDEO M8!!!!! THANK YOU! youtube.com/watch?v=IdFh-_sR9-k please everyone watch, at least from 4.50 hahahaahaha U WILL ENJOY IT and see what is wrong with BF and most aaa these days

When they go back to the modern age - Then yes, I just might.

I would actually like a remake for the Vietnam war and play the Cold war as well.

I would love a campaign set in the Cold War. Black Ops 1 did an amazing job with that in my opinion and there are very few good Cold War FPS games.