Amazon has revealed some of the first in-engine screenshots from New World, its hugely ambitious upcoming sandbox MMORPG. New World is going to be powered by Amazon’s own Lumberyard Engine, a spin-off from CryEngine that should help lend the MMO some graphical oomph. 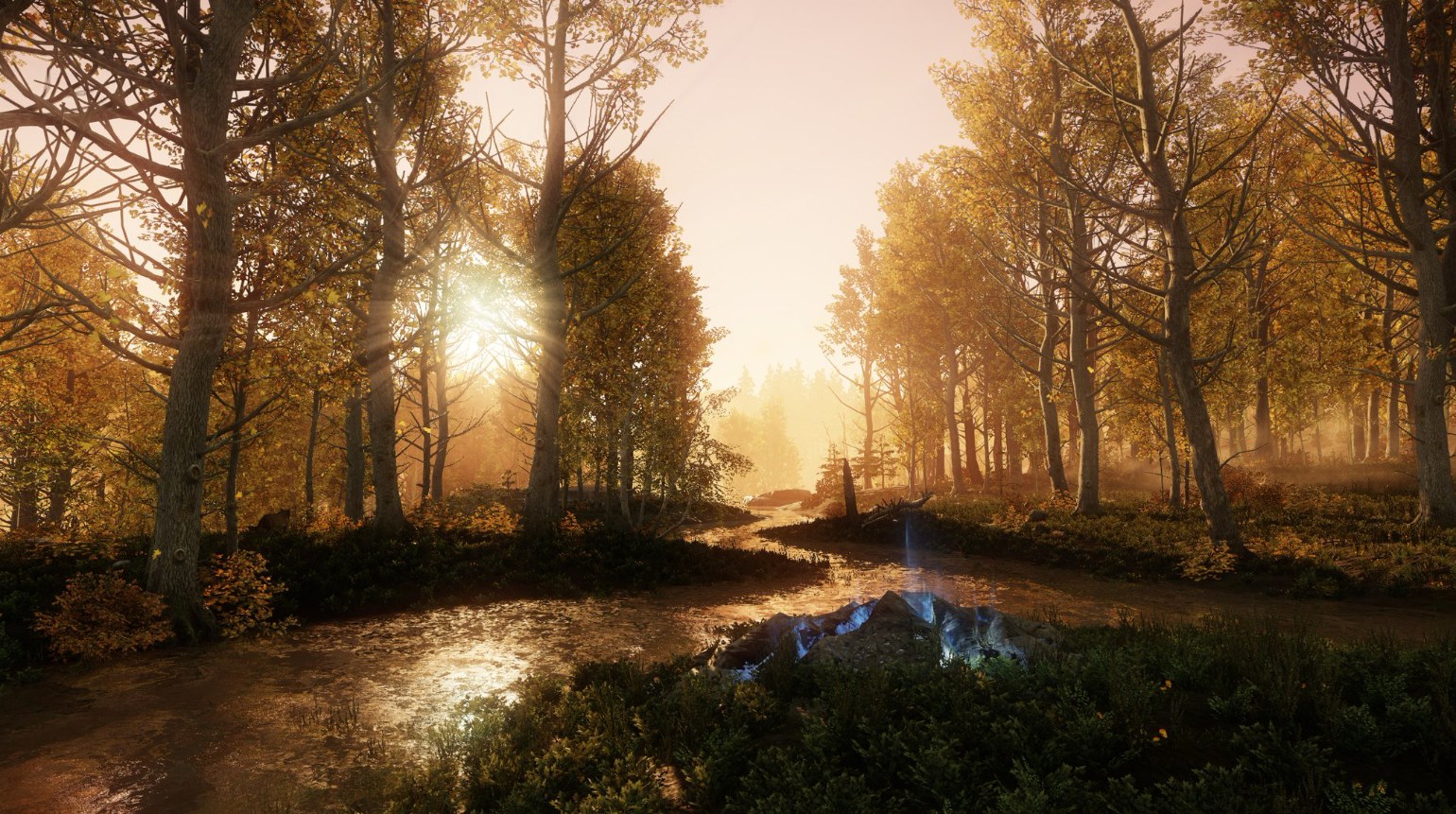 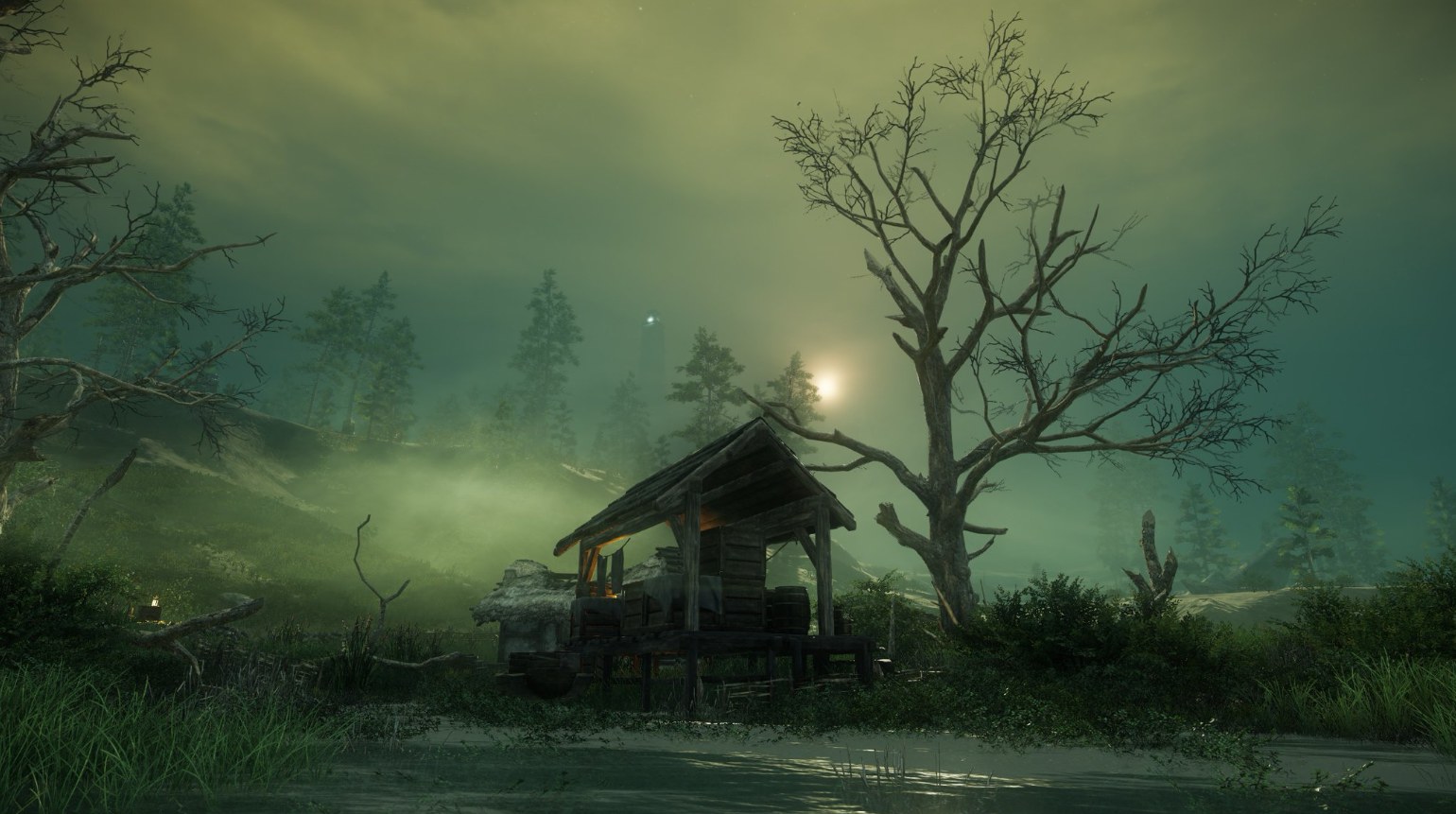 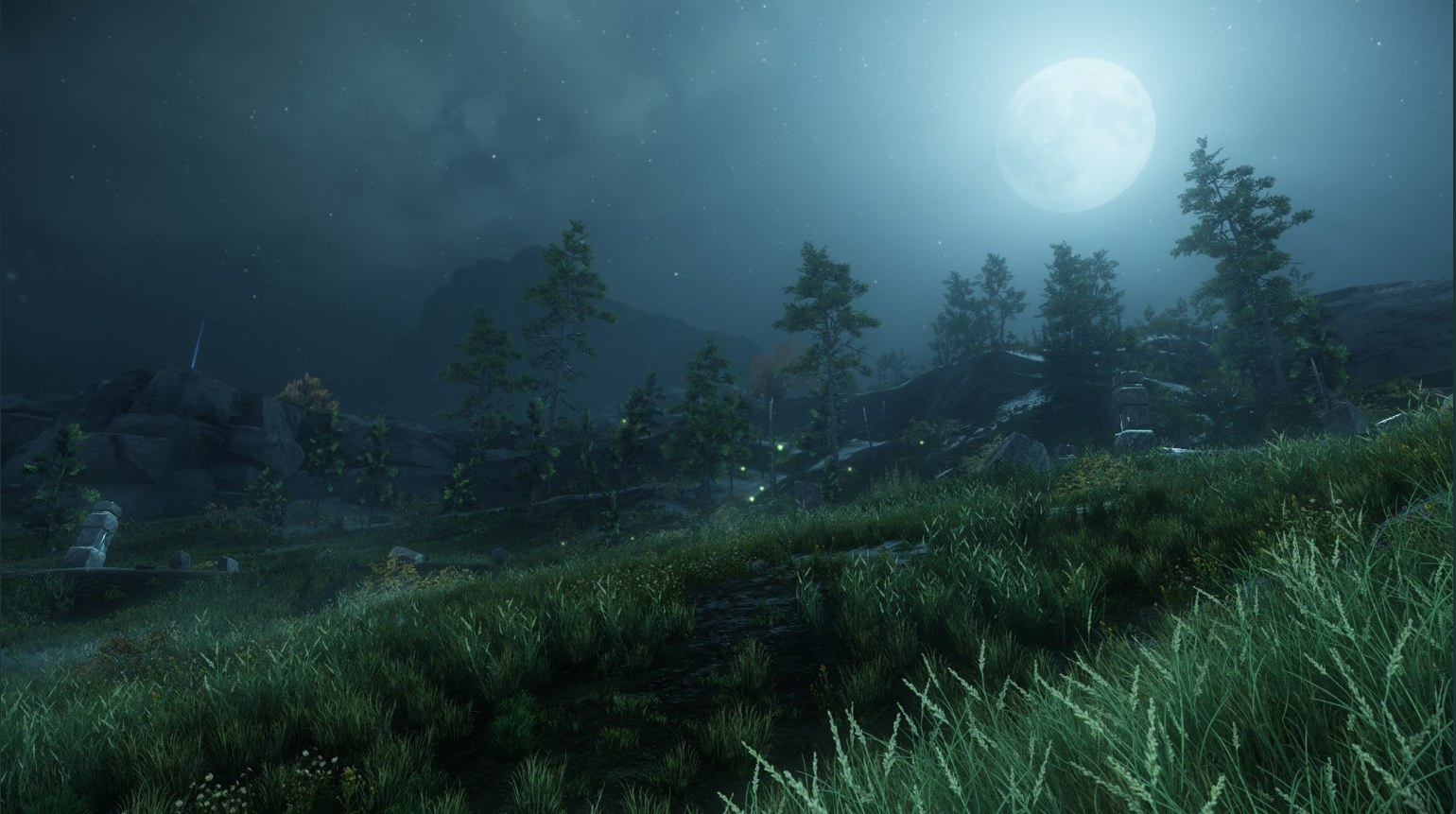 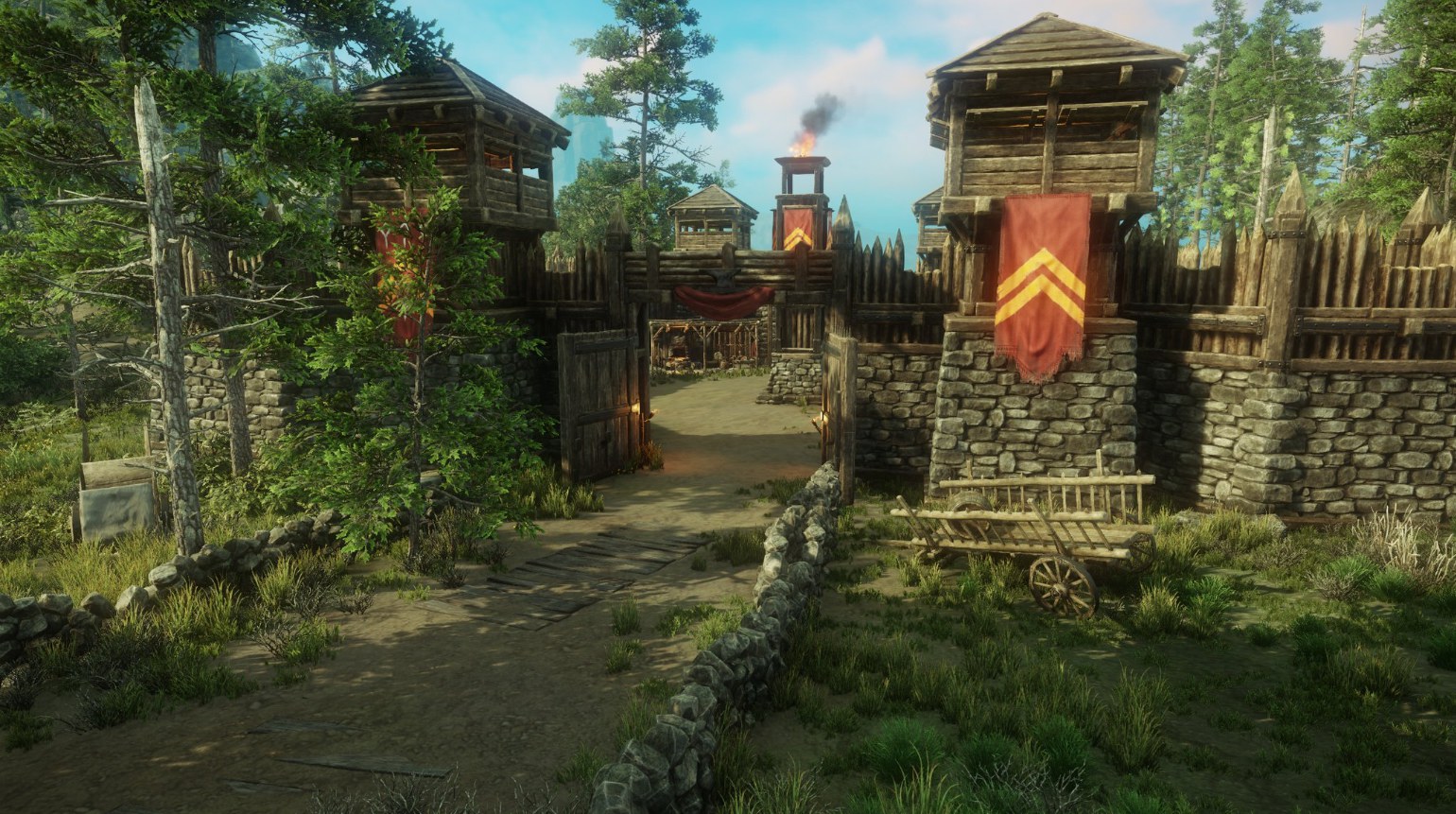 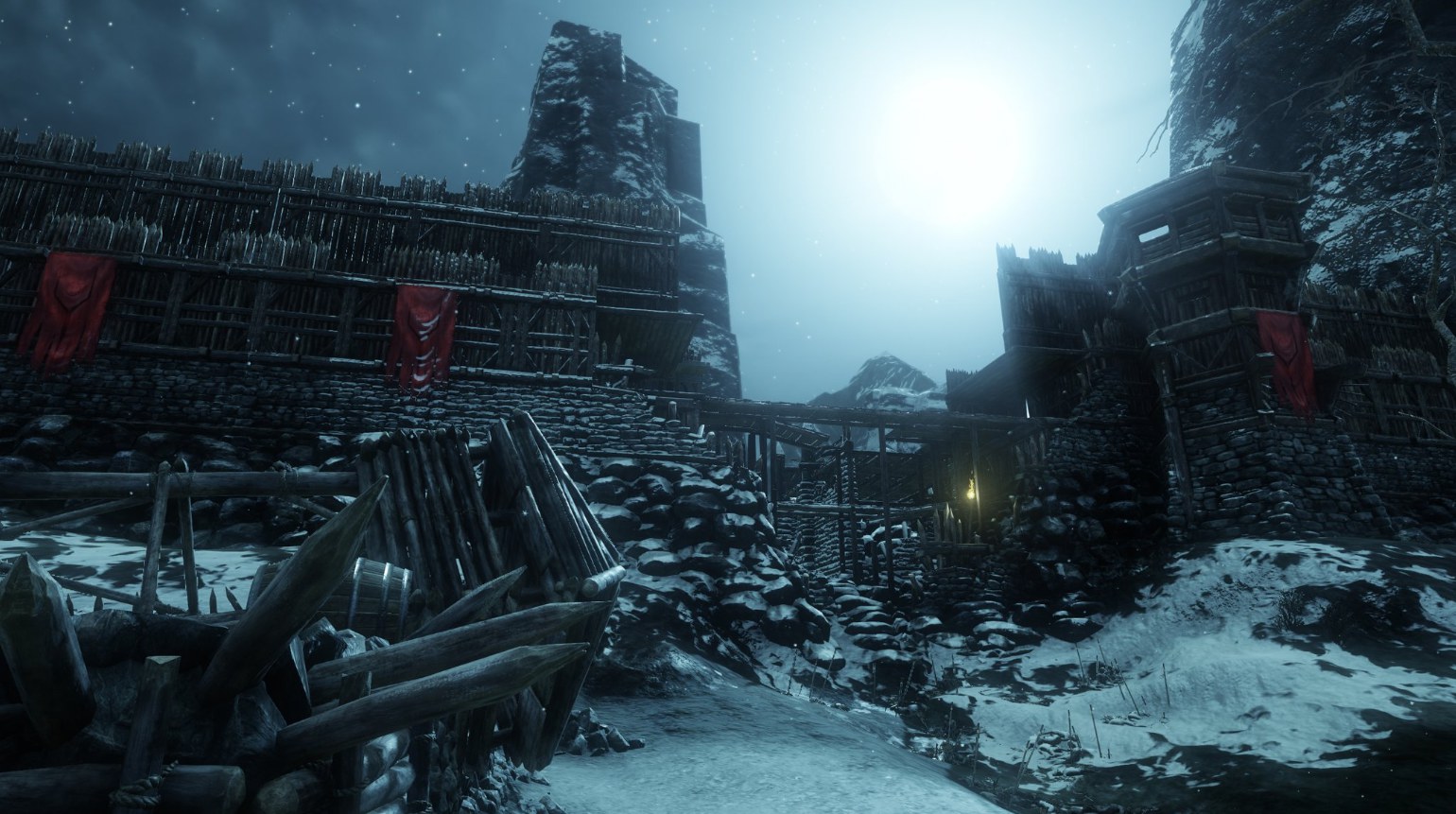 Just reading about Amazon’s ambitions for New World sets off my inner Star Wars Galaxies fan. The survival MMORPG is set on a single giant continent with planned support for 10,000 players existing there simultaneously. Each and everything in the world can be built, destroyed or harvest for resources.

Players are free to band together and build their owns towns, settlements, and castles, trading with neighbours for rare resources or starting all-out war. You can even set your own quests and pay other players to complete tasks for you, whether that’s tracking down resources or performing reconnaissance on an enemy camp.

It’s not just other players you’ll be needing to worry about though. New World is set in an arcane version of the 17th century, complete with a haunted frontier and supernatural beasts stalking the land. Straying far from town during the night can be lethal. Those not keen on the combat side of things can choose to stay at home, utilising a range of crafting tools to forge equipment, build homes, or construct traps to would-be invaders.

Registrations are currently open for the New World alpha tests, and you can sign up for that here. In the meantime, here are the current recommended specs for New World, although these are obviously subject to change to as development rolls onwards.

Skyrim with guns looks nice. I love the mods!

All kidding aside, this does look interesting.

I wonder if you receive any bonus if you are an amazon prime member?

Why wouldn´t you be premiered if you already subscribing to a service? It seems that paying for your self is a bad thing nowadays. I don´t get it..

Because you are subscribing to a completely different service. By introducing bonuses for a game this way only creates disbalance and calls for trouble.

There's a pretty good chance that you won't. Considering that Prime members are losing their game discounts and Twitch subs, among other things, I wouldn't put it past them to not be giving any game related goodies to Prime members for anything.

I'm not interested. Sound like ARK with a different coat of paint on it. It just sound lazy to me from the development side too. Create a world and just let the players run around in it. No need to develop interesting quests with interesting characters and interesting dialogue and end game content. Just throw out some new stuff once in a while and call it good.

but then y will get classic mmo

i for one agree with you ol' chap

This sounds awesome, always tried to recreate something like this in minecraft but it never really worked. Let's see if they can make it work.

What about minimum requirements?

Anyone know if it's gonna be a button mashing game like WOW, or will you have to aim to actually hit something?

Can't sign up... probably all out of alpha keys :/

reminds me of Skyrim with mods - so thumbs up, looking sweet

Could mistake the fourth image for The Witcher 3