Up For Debate - Which 20 Games Would You Put on a PC Classic Mini?

With the announcement of the PlayStation Classic and the previous smash-hits that were the Nintendo NES Mini and the SNES Classic Mini, we got to wondering what it would be like if a hypothetical PC Classic Mini was announced.

Obviously, PC being backward compatible makes the whole prospect a little absurd. On PC we can play any old game whenever we want, provided we do a little bit of fiddling around. Just imagine though, a 25-year-old retro PC thrown into a tiny box and re-released today for a hundred bucks. It could even come with a little beige CRT monitor and a crappy mouse and keyboard.

Most importantly though, it would come with the games. Which 20 classic PC games from yesteryear would make the cut on our device? These 20 games should hopefully demonstrate the breadth and depth of PC gaming, covering a wide variety of genres.

OK, so the guidelines for this are pretty simple. This is to be a collection of 20 (or fewer) retro games that could make for the definitive old-school PC. To make things simple, this includes any game released before the year 2000. If you’re too young and healthy to have experienced these halcyon days, well, the comments should hopefully provide you with some fantastic old games to have a play with.

I’ll kick things off with my 20, although this is a list that’s constantly in flux in my head. Half-Life has to be in there of course, and this would include all the mods and assorted goodness, so that rolls in Counter-Strike and Day of Defeat to the equation. For the rest of the list, I’ve plumped for what I believe are some of the finest turn-based strategy games of all time, classic management with RollerCoaster Tycoon, the best of adventure with Monkey Island, and the ultimate in space simming with Wing Commander IV. I think there should be a little something for everyone here, although it pains me how many games I’ve had to leave off the list.

Over to you now, and good luck with this one. What are the 20 or fewer games that you would pre-install on a PC Classic? Let us know below! 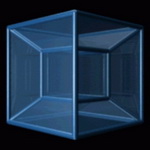 what about prince of persia

totaly forgot about that one

It's a good series.

Must have missed it sorry.

There should be a mini DOS Machine with cool old DOS games (Duke Nukem 1991, Doom, Shadow Waarrior, Tyrian 2000, etc) and a mini XP machine with games like Half Life 1 and 2, Quake 3, AoE II, and some other DX9 games.

My list would be small since there is a few games i would have in a PC classic system which is Jedi Knight: Dark Forces II, Quake, Duke Nuken 3D, Redline, System Shock 2 and Postal 2 and yes i know they're all FPS games that is what i mainly played growing up on PC and NES/SNES/PS was everything else.

Also just an idea that might be cool is making a PC Classic system look like this one https://i.gyazo.com/800763b8d60d92da24d43de3b8abcc0a.png but more like a 5 inch screen that has an HDMI port in the back so you could use it on a TV as wel.

I would love both the NOLF games.

i will definately go for return to castle wolfenstein , 1st pc gmae i played ever & got edicted to pc gaming . one funny thing , i was unaware of save option at that time . so every level starts from begning every time player dies .

just imagine how many hrs i have to play it to complete but that was awesome fun , & i love pc gaming even today :)

that reminds me of me playing gta sa
and farcry 1

a Raspberry Pie ? food for thought :)

It's good enough to play all those games.
But if you have an old laptop, or rig you can run emulation station and play all the old games.

Wasted way to many hours playing it for nothing. The "game" is a giant pit of boredom for those that used to play on real pinball machines.

It's a terrible game of pinball, there's no doubt about it. Fairly iconic though lol, I imagine lots of us wasted too much time playing it

Amen to that Jon.

wouldnt that be xcom:enemy unknown (there is an xcom:ufo defense).

i think quake 3 is too new of a title.

Deus Ex, Diablo, Diablo 2, WarCraft 2, and StarCraft. Probably more, but I didn't really game much in middle school, too busy with sports, side jobs, and getting good grades.

Warcraft 3, Diablo 2, Worms Armageddon or World Party,... I think I already went ove the count of 20 anyway, but it is bit hard to filter everything out. So many good games.

Yeah it's too hard lol. You've made me remember Startopia after all these years, Sam & Max was awesome too

Fallout 1, 2
Diablo 1, 2
Cure of the monkey Island
Comandos
C and c
Half life
Tomb raider
Heroes 2, 3
Might and magic 6,7
Princ of persia (old one)
Princ of persia sands of time
Duke nuke
Doom
Age of empire
Call of d