Capcom has dropped a new gameplay trailer for Devil May Cry 5, including our first peek at the third playable character. ‘V’ is a demon hunter shown all-too-briefly in the new DMC5 trailer, appearing walking with the help of a cane and who speaks in poetic verse. Shudder.

Aside from this, the Tokyo Game Show trailer shows plenty of action featuring both Nero and Dante, as well as the helpful talents of weapons artist Nico. His finest work of art is inarguably a motorbike that can be split in half to form a twin-blade weapon.

“Nero and Dante take on the hellish onslaught to get to the root of the mystery behind the blood-sucking demon tree Qlipoth at the city center,” explains Capcom. “Joining them are beloved series heroines and partners Trish and Lady who make a grand return. The full game will feature three playable characters each with their own radically different gameplay style.”

It all comes off a little bit like Capcom is trying too hard to impress people who think wearing trench coats is cool in 2018, but underneath the edgy exterior appears to be lurking a pretty fantastic-looking character action game.

Right at the end there we also get a peek at a pretty tongue-in-cheek DMC5 pre-order bonus. It’s none other than Mega Man’s Mega Buster, one of four exclusive Devil Breaker weapons for those who pre-order the game.

Kylo Ren is in devil may cry now?

What what what whaaaaaaat??? Devils age too? why he looks so old so suddenly? I hope at least keep the humor that old grandpa :P 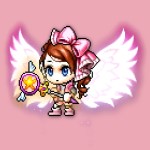 Game's looking great so far. Glad to see the series go back to its roots. =3

A rainbow of happy feelings is pouring out of me right now. XD
Loving this game just based on the trailers XD