The masters of large-scale, zen-like melee warfare are back. Koei Tecmo's Warriors Orochi 4 is a Musou that blends the Dynasty Warriors and Samurai Warriors series, featuring 170 playable characters, the introduction of magic and mythology, and a horde of literally hundreds of thousands of enemies waiting to be mowed down. But what are the PC system specs needed for Warriors Orochi 4? Here are the official Warriors Orochi 4 PC system requirements.

Some of you may be unfortunate enough to have played Dynasty Warriors 9. While that was from the same publisher, Warriors Orochi 4 appears to be based on an older version of the game engine. As such, we anticipated Warriors Orochi 4 will be significantly less demanding than DW9.

To that end, a low-end system is capable of playing Warriors Orochi 4. A GeForce GTX 660 or Radeon HD 6790 paired with a modest quad-core processor will be able to run WO4 at Low settings. However, Tecmo Koei suggests this will be at a very low resolution of 640x480, although judging by the recommended specs we believe a GTX 660 should be able to handle 720p just fine.

There's only a moderate bump up to the recommended system requirements for Warriors Orochi 4, shifting to a multithreaded quad-core Intel Core i7 or equivalent. This CPU shouldn't have any issues running Warriors Orochi 4 whatsoever, even at high settings and resolutions. For 1080p gaming in Warriors Orochi 4, a 2GB GeForce GTX 960 or Radeon RX 460 is necessary. These are fairly low-end by modern GPU standards and it should mean most PC gaming systems can run WO4 without a hitch.

YEEESSSSSS
didnt know that this is coming at all and evenon pc i loved WO1 and 2 sadly didnt have ps3 for 3rd one
played all dynasty, samurai warriors as well and i love this type of games 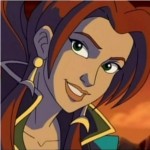 I enjoyed DW9 very much. It's been patched to perform decently now. Still looking forward to WO4