Destiny and Halo developer Bungie has filed a trademark for a new game called ‘Matter’, including the first logo and artwork for the title. It’s unclear at the moment whether Matter has anything to do with Destiny 2, although the dramatically different styling and use of colour suggest it isn’t. 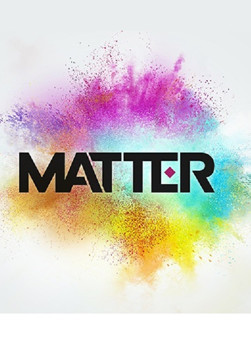 Back in June, Bungie signed a $100 million investment with Chinese publisher NetEase, so Matter may have something to do with this. NetEase specialises in online games and MMOs within China, so this could obviously tie in nicely with Bungie’s current direction.

I cannot explain how fantastic it would be, to me at least, if Bungie somehow moved on from Destiny and its 10-year plan to focus on something new. I’ve been a huge fan of the studio’s work with Halo, but Destiny was an ambitious idea that just hasn’t been pulled off. It’s raked in obscene amounts of cash, but at the same time has really soured the impression millions have of a great studio. Of course, this could all just be referring to another Destiny expansion, at which point this entire discussion is moot.

Whatever the quality of any particular game, Bungie always delivers top-notch FPS mechanics. Delving back into MMO territory does set a few alarm bells ringing, but a clean slate is probably what’s needed to rejuvenate the studio. Not that this means Destiny is going anywhere. Far from it. Activision’s deal with Bungie is lucrative in the extreme, and Destiny 2 still managed to become one of the top two best selling games of 2017.

Would you like to see Bungie move on to a new project or stick with Destiny? Is chasing the online MMO-lite route the way to go? Let us know your thoughts!

BUNGIE: WHAT IN EARTH IS A "MATTER"

Yes please. Got bored with Destiny 2 in ten minutes...