Razer’s putting its green fingers into yet another gaming-related pie with the announcement of the Razer Sila, a gaming-focused wifi router. It’s claiming the Razer Sila is the fastest gaming grade wifi router on the planet, which sounds like a lofty claim indeed. It’s focused on high-performance gaming, streaming and downloading multimedia content across PC, console, and mobile.

“With the upsurge in mobile gaming, and with many homes unable to run a wired network to every room, fast and reliable WiFi is more important than ever,” said Razer. “The Razer Sila router is designed to deliver lag-free gaming and smooth, interruption-free streaming over a fast wireless network, meeting the needs of today’s mobile, console and laptop users.”

While a wired router would undoubtedly be faster, for a lot of folks it’s impractical to wire up an untidy house. Wireless connections can be notoriously finicky though, as a buddy of mine often finds out while trying to play Rainbow Six Siege in a room four floors away from his router.

Trying to sell routers is a difficult prospect for all but the tech-obsessed though, and Razer resorts to throwing a fair whack of jargon at us in the hopes of impressing. The Razer Sila will feature Razer FasTrack, Multi-Channel ZeroWait DFS and Mesh capability. It utilises a proprietary QoS engine to prioritize traffic depending on the application and device type. For example, the Sila can automatically detect whether it’s a PC, PlayStation, Xbox, Switch, or mobile phone, and then adapt the network accordingly. There’s also a one-touch gaming mode so all bandwidth can be automatically prioritised for gaming, restricting any other processes. 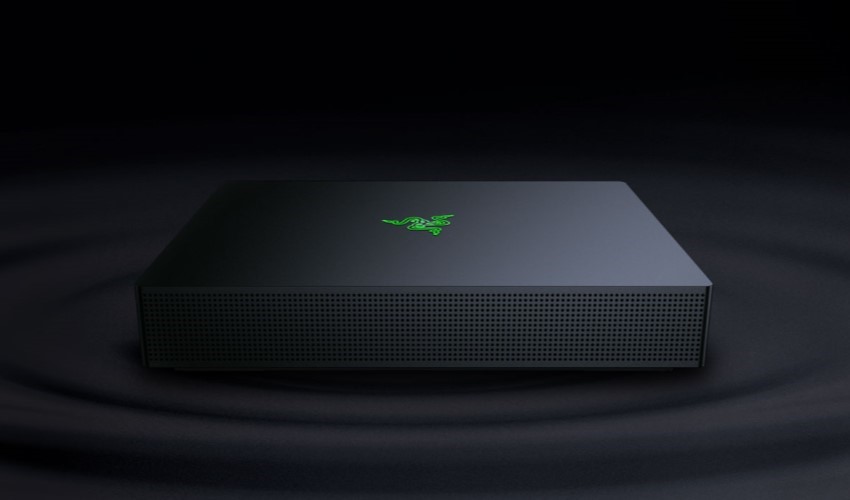 “We are constantly achieving new performance heights with our hardware and software,” notes Min-Liang Tan, Razer co-founder and CEO. “But high precision and low latency can be rendered useless if the WiFi drops. So we took the next step to develop a strong foundation for our ecosystem; with WiFi that just works no matter where you are.”

For gamers in particularly large locations, multiple Sila’s can be webbed together using the Mesh technology. Razer claims an area of 6,000 square feet can be served by two Sila routers or 6,000 square feet across multiple storeys can be achieved with three Razer Sila’s.

For most gamers, we should imagine you get along just well with your current route. However, if you do experience consistent bouts of lag, connection drops, and timeouts, then perhaps there’s value to be had in a product such as this. Like all things Razer, though, the Sila doesn’t come cheap. The Razer Sila is available from today, priced at $249/€299.

Ethernet all the way. Always.

They could have created a gaming coffee mug instead but no here is a gaming router with hidden cables I guess cause they weren t gaming enough for advertisement. They actually made a freaking razer chroma mug...

This Sh*t had better have a SUBWOOFER...and some damned Neon lights on it. Or just slap a Razer logo on it.

it doesn't support chroma :D so it's not for gaming ;DDD

Why would this be better than just a high quality new router?You don't have to have "gaming" attached to get great performance and functionality in gaming,streaming etc.

You don't but to be fair its cheaper then most high quality routers with the same amount of antennas. Look at netgear, asus, and tplink to name a few and they are ludicrous in price. https://www.amazon.com/NETGEAR-Nighthawk-Router-Wireless-Ethernet/dp/B078GWJ44Z/ref=sr_1_18?ie=UTF8&qid=1538590670&sr=8-18&keywords=router thats just one example.

And btw the actual written speed of the router isn't the actual bandwidth but it's the speed between signals ie router to phone/tablet/pc/etc. It's the same as mbps compared to MB/s.

I am waiting for gaming internet, gaming eyes, gaming ears and gaming hands upgrade, not to mention gaming brain for a long time. Looks like we are on right track back now, alongside raytracing gpus. This is gaming heaven!!!!

I gaming agree with you ^^

Coming with 9 internal antennas and help from Ignition Design Labs to put this thing together, I can't wait to see some performance analytics. Got to love how they went ahead and created a whole new type of sub-product, a ''gaming router'' to try to sell better. Coming at a whopping price point $249/€299 this is one premium router, might as well be gold-plated. Also you have to wonder how high was the lad who decided on the MSRP points. 250usd = 216€, there's a 83€ price difference.. But hey it's Razer we're talking about, they're pretty well known for selling overpriced products and gimmicky features/bloatware. Razer Boost an

Asrock has the G10 Gaming Router out for a while.

Netgear has Nighthawk Pro Gaming and Asus has a ROG router.

I just can't wait until I move and I go from a 20mb connection to a 1gb connection, for the same amount of money at that. I probably won't go with this, but I'll definitely need to get a new router. I will have my PC on a wired connection.

I went from 12/1 to 300/100 then got a free bump to 950/300. The speeds make a huge difference while downloading, I've gone from 8hrs per game to about 20mins lol. The biggest difference though is the quality and ping. I now get 20-30ms ping in Siege where i used to get 70, and forget it if anyone uploaded anything. If you're doing wired you don't need a new router any ISP provided router does pretty well at wifi, wired is going to be top regardless. I'd rather spend 50$ on a wifi repeater then a new router.

What? how you people get free upgrades? i have been stuck withonly 20 mb connection for 4 years, and it is actually expensive 20 bucks per month.

Have a gb download is awesome. I love mine.
If your gaming stuff is wired, get a decent router or a mesh system to cover your living area, depending on size and building materials. My rental router had horrible wifi speeds because of weak antennas lacking power to push through my walls. I got the Asus rog and haven't looked back.

60$ isn't too bad but I'm assuming that's just internet? I pay around 60-70€ a month for tv/internet/landline and a 4g mobile with 30gb of data. Still amazes me how ludicrously expensive American ISPs are.

Yeah, it's just for internet. I talked to my sister and she gets her internet through UTOPIA, and I think it's powered my Xmission. I could be wrong, so don't quote me. She actually pays $50. On the other hand when I was in Ogden I was paying $85 for a 120mb connection from Comcast, and that was just internet as well.

I have to admit that I'm a sucker for anything with ROG logo on it.

new router that will be bottlenecked by isp

Well no one in their right mind with ADSL or cable like speeds is going to get this. Although i will admit having more antennas def helps. Thru 4 hallow cement walls and a couple doors my macbook in the other room got 200mbps when i had 300mbps internet. Now that i have 1gbps it's the actual macbook speeds that are the limiting factor.

what the heck does "gaming grade" mean? They're just doing that thing were they stick "gaming" onto the beginning of products to make gamers think that its somehow better than non-gaming versions

It's the same thing they've been doing with "tactical" stuff for years. It's kind of funny really, and doesn't fool anyone, but they just keep doing it anyway.

As with everything PC releated, slap "GAMING" on the box and increase the price. That's how it's done..
Oh and don't forget LED's, LED's are important too.

They have to be RGB LEDs though, otherwise they're ghetto LEDs and no good.

My router that came from my ISP is bonkers enough for what it is. These are the specs. Has 7 wifi antennas lol. I've tested it on wifi and got 300mbps when i used to have that speed, now that i have 1gbps i have no tried it yet. The issue with wifi though, excess ping. From one room to the next you can have 3-4ms of ping more. Might not seem like much but in a game like Siege where it can matter, it does.