Over at Amazon, they’re busy using all of that tax avoidance cash to develop their own in-house games, including the ambitious-sounding New World, an MMORPG set in a supernatural 17th-century world. Developed on Amazon’s Lumberyard game engine, which is itself forked from CryEngine, New World is already quite the looker in new gameplay footage, even at this early stage.

The new in-engine footage for New World shows off the lush grasslands and dense forests of the Windsward area of the world. For a large-scale MMO, there’s an impressive level of detail packed into the world, even if it does still appear to be bereft of enemy threats, or any AI at all for that matter, save for a few wandering bison-looking things toward the end.

It’s all-too-brief look at New World in action, although it does provide a nice little taster of where the game is heading towards from a visual standpoint.

Alpha sign-ups are currently available over on the game’s official site if you’re interested in giving New World a shot. For everyone else, we expect it to be a pretty long wait until New World is commercially available.

These running simulators are getting more immersive

Except the running always seems unrealistic...

And jumping, and swimming, and stamina etc...

Just don't micro-transact the **** out of the game Amazon. 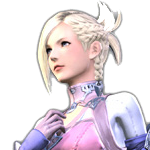 Oh there will be xD