First Free Assassin's Creed Odyssey DLC is Out, The Lost Tales of Greece is Playable Now

Assassin’s Creed Odyssey has received its first free DLC update. Part one of Odyssey’s Lost Tales of Greece is now available, the first in a series of free story updates that’ll form a larger story arc in conjunction with the two big paid expansions - Legacy of the First Blade and The Fate of Atlantis.

Lost Tales of Greece first chapter is a series of missions set within the Elis region. You’ll be looking for The Show Must Go On questline if you want to give it a go, but you will have to have reached at least chapter five in the main story. 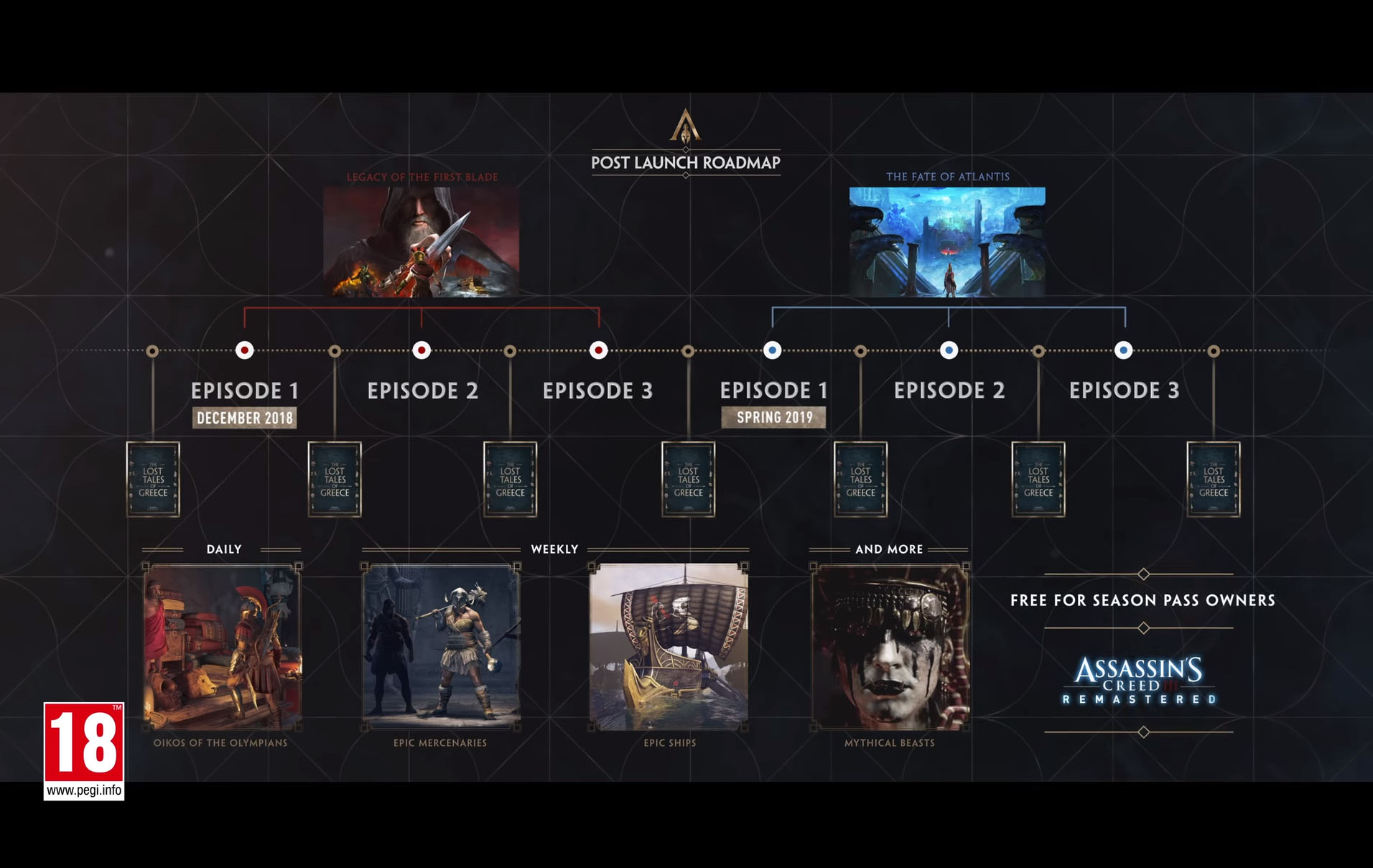 There’s no word yet on just how long the free content is but there will be seven of these episodes launching over the next six months or so. It’s all rolled into AC Odyssey’s 1.0.6 patch, which is a 3.6GB download on PC and 4.1GB on consoles.

Be warned, there are a few story spoilers in these patch notes. They are labeled as spoilers but read at your peril.

Improvement of the Mercenary Menu

About an hour long. Mission was kind of boring.