Surprise, surprise, both Just Cause 4 and Hitman 2 will be utilising Denuvo Anti-Tamper DRM technology. Basically, every AAA title under the sun seems to be using Denuvo these days, so this doesn’t come as the greatest shock.

However, if you are mortally averse to the idea of Denuvo then that’s another two games chalked off your ‘To Buy’ list.

Denuvo is currently in a purple patch, it has to be said. Assassin’s Creed Odyssey launched exactly a month ago and it’s still yet to be cracked. It’s protected by both VMProtect and Denuvo v4.9. Othe games using Denuvo 4.9 have crumbled, but the dual-layering of anti-privacy measures seems to be a method that works, at least in the short term.

The system requirements for Just Cause 4 were released recently, including the recommended specs for those hoping to play Avalanche’s open-world physics chaos machine at 4K screen resolution. Denuvo will likely carry a small overhead on the CPU, although it’s unlikely to impact performance in any noticeable way for anyone who meets the minimum system specs.

Likewise, the system requirements for Hitman 2 have been out in the wild for some time now. The original Hitman used Denuvo and performed just fine, so we’re not expecting Hitman 2’s Denuvo support to have any major performance impact. However, Denuvo does carry the baggage of intermittently needing an online connection.

Does the use of Denuvo affect your plans to buy either of these games? Let us know!

and now Hitman 2 has been cracked, apparently. 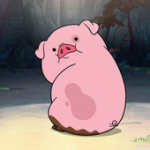 I don't like being connected on the internet all the day just to play a game.
Denuvo ruins the fun and it doesn't harm the hackers but the users of the original copy of the game...
Furthermore, if I don't have internet one or a few days I cannot play the game ??? Come on.
This is worse than the worst bugs ever seen in a game !!!

PIRACY ISN'T THE ENEMY, the expensivity of the game is...

color me surprised...not >.> I hate Denuvo with a passion but really want Just Cause 4 so I imagine I'll get it anyway.

I never liked the online requirement in Hitman season 1 even after buying on Steam. I'd tolerate only if IO would allow us to download contracts for offline gameplay. Else I feel genuine buyers are strip-searched excessively these days.

I have a bad feeling,both of these games will not be as good as it seemed in pre released contents.
Every time any company uses Dunovo,it shows inconfidence in their games.

these games are not worth the bandwidth even if they gave them to me for free, cookie cutter game design using the same formulas which led to stagnation of interest, witcher 3 MADE ME buy it,as will likely happen with cyberpunk.

I don't know man, Hitman 2016 was brilliant and this one is more of that with more on top.
Even though I'm really not a fan of Denuvo, Hitman 2 is a game I'll certainly be playing in the near future.
But until then I'm currently incredibly excited about Warcraft 3 remake. Finally Blizzard, f'n finally.

Jesus. DRM to protect DRM. How bad can your DRM be that it needs DRM to be protected from cracks.

insecure developers about their product maybe? but yeah this is kinda ridiculous.

Not related but Destiny 2 is free on pc until 18th.

looks like a fanboy trying to get more people to play his favourite boring game...

Sounds to me like a guy who's informing the community about a free game.
I don't see why you think that's a reason to insult him.

Toxic alert! Anyway, thanks for the info FredyPt!

destiny is pretty bad, i got it for free with my gpu, never did complete it

Of course it isn't truly free.

For the full game, you still have to fork over a nice sum.
That's the model of that game. :)

Yes, but you still get to save on entry a fair bit and you do get a solid chunk of game with it.
Whether you like it or not is another matter entirely.

Not exactly! My favorite games are DA:Origins, Witcher 3 and Skyrim.

By dead what do you exactly mean? Because from what I know the latest installment in the series was the most sucessful (sales wise) game from Bioware. With that said I played 2 or so hours and dropped it.

Does the use of Denuvo affect your plans to buy either of these games? Let us know!

I can't afford either of these right now so I'll just say YES!