The Fallout 76 servers have gone live a full day early, so if you've been waiting to play Bethesda's next open-world RPG, now's your chance. I've just finished giving it a couple of hours test run to find out how the performance in the launch version of Fallout 76 is.

Using the chart below you can find out just how demanding each graphics option is in Fallout 76. Along with this, we've given priority scores based on how important we believe it is to enable these graphics options for the optimum PC gaming experience with F76. This should come in quite handy as Fallout 76 requires a full game restart for each and every graphics options change, including the resolution. That's not good enough, to be honest, but hopefully this Fallout 76 PC performance guide can ease the pain somewhat.

For the benchmark results below we used a GeForce GTX 1060 6GB, an Intel Core i7-5820K processor, and 16GB DDR4 memory. Unfortunately, Fallout 76 is currently capped at 63fps due to Bethesda tieing animations into the frame rate. As a result, the only resolution which could reliably force the frame rate down below 60 frames per second with a GTX 1060 in Fallout 76 was 4K. This means there's not the granularity to the results we'd see from an uncapped frame rate. 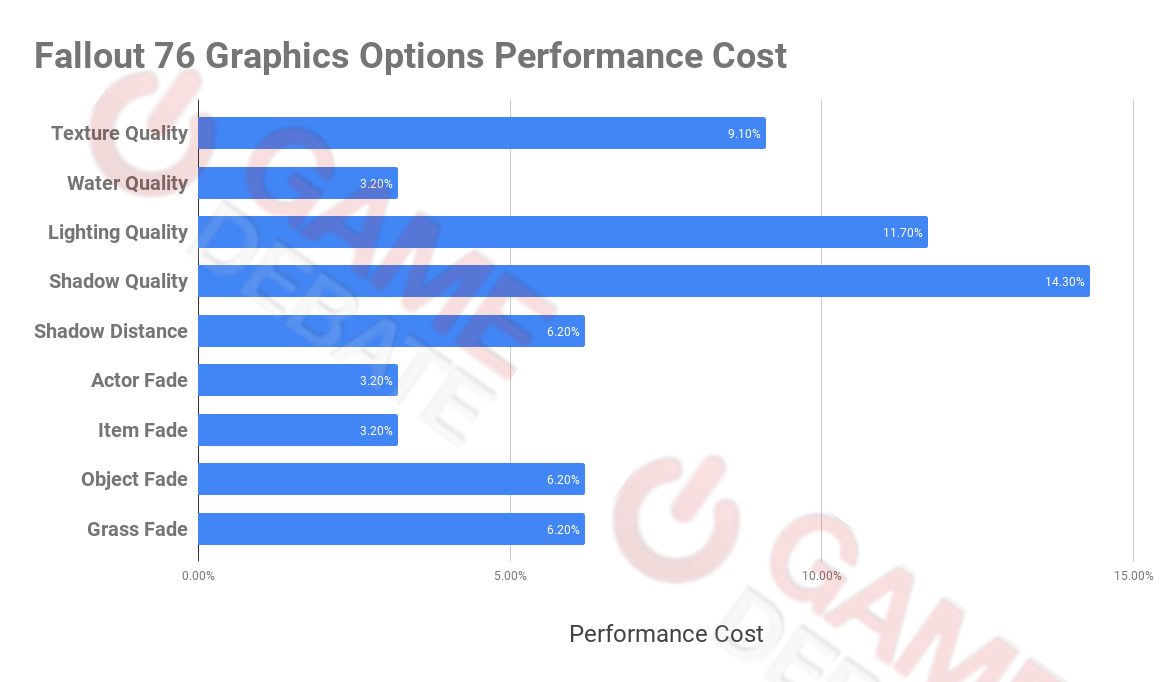 Texture Quality affects the quality and resolution of textures in Fallout 76's massive world. The higher the setting, the sharper the textures. This setting is primarily reliant on available GPU memory. 6GB VRAM is enough for High Texture Quality in Fallout 76. Considering dropping down to Medium or Low if you have a 2GB video card.

You'll never believe what this does. Yes! It affects the visual quality of the water in Fallout 76. There's actually quite an abundance of water thanks to the snaking rivers, rusty toilet cisterns, and an obligatory shower scene. There's not a huge impact to the frame rate in Fallout 76 if you turn this graphics setting up, so it does come recommended if H20 is your thing.

Let's be honest, Fallout 76 isn't exactly a graphical masterpiece. However, where it, ahem, shines, can be in the atmospheric lighting. The moody moonbeams cast down on an abandoned hotel, or the warm glow cascading in through a shattered window. Lighting Quality has a big effect on the frame rate but it should also be a top priority.

Shadow Quality affects the resolution of shadows present in Fallout 76's world. On Low the shadows can appear indistinct and blocky. Anyway at Medium or above looks passable enough though, so if you're struggling for FPS then dropping this setting a few notches can be helpful.

This graphics setting in Fallout 76 affects the distance at which shadows are rendered in. Usually there are lot of things obstructing long view distances so as long you aren't seeing the shadows visibly pop-in in front of you, there shouldn't be a problem. Somewhere around Medium is the optimal balance between visuals and performance hit.

Actor Fade is the distance at which both other player characters and enemies pop into view. This is definitely more important for enemies than it is player characters (which are marked on the map). There isn't a massive performance hit for this setting so tweak the slider until you find somewhere comfortable.

Item Fade is the distance at which items littering the landscape pop into view. Again, not much of an FPS drop in Fallout 76, but it is at least useful to be able to spot potentially useful items from a moderate distance.

Object Fade refers to the non-equippable items that litter Fallout 76's world, and at what distance they are drawn into view. There is a lot of tat lying about and the pop-in can be quite distracting with the slider down to minimum. Notch it up to about 50% though and any further gains are pretty negligible.

There's a lot of grass in Fallout 76. And we mean A LOT. If you hate that wavy effect from foliage being drawn in at a greater level detail 20 feet in front of you, you're going to want this graphics setting up as high as you can manage. Handily, turning up the Grass Fade effect also negates the impact of lowering other graphics settings - the grass obscures much of your view.

I preordered the game and started playing yesterday, everything maxed out. The game has the fallout 4 feeling imo and suffers from bad optimization: sometimes in cities i get a 10 fps drop when both gpu and cpu are under 50% usage. Btw i love it!!

Sadly I have to wait till 11:00 pm EST :( I ordered the physical copy. Should have just pre-ordered via Bethesda.NET lol.

Just got off the game. Runs smoothly on ultra.
Wanna play more but I'm too tired :) 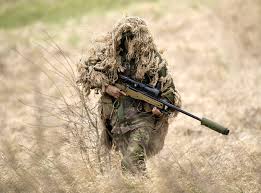 Assassins creed oddysey just got cracked yesterday i think by CPY, it seems Denuvo only works for a few months...FCK DRM.

I don't know if this comment is on the wrong article but Fallout 76 doesn't have Denuvo AFAIK?

It is in the wrong article, but at least i think it is something worth writing for the next GD article :D

But those first weeks / months are the most importent for the game sales. Denuvo doesn't promise to make it impossible to crack, it just tries to delay it.

am pretty sure ubisoft has cashed in enough money before this crack, fck this retarded comment

where's the button that disables your game files from auto-deleting? HA!

Great news on that, Bethesda managed to fix that, only slight problem now is that you can't uninstall the game anymore (https://thenextweb.com/gaming/2018/11/12/fallout-76-beta-uninstall-issue/)

Their launcher is such a pathetic failure
You can't close the program while downloading or it'll start again from scratch, you can't backup/restore games, your game just randomly gets deleted and now you can't even uninstall the normal way? Glad they chose money > Customers, going with steam would've been way too customer friendly for modern bethesda. Gotta get those 20%.