Rumour - Alien Blackout FPS To be Revealed Next Week, Hideo Kojima May Be Involved

UPDATE: This is my Diablo Immortal moment. Diablo? I can take it or leave it. Alien? As Elton John once said, don't go breaking my heart. That Alien Blackout game that leaked late last year? It's a new mobile-only horror game set aboard the Weyland-Yutani space station. Now the very idea of Kojima's involvement seems even more ridiculous than it did before.

You'll have to excuse me for a second while I readjust my expectations...

Okay, all done, I'm back. Alien: Blackout sounds as if it takes a lot of queues from the sublime Alien Isolation, albeit in a form that now fits in the palm of your android hand. Players will be tasked with staying alive while trapped aboard the ship, kept company by a roaming Xenomorph.

There's a hint of Five Nights at Freddy's to proceedings thanks to handing players the keys to the space station, commanding your crew, opening and closing doors as you attempt to get them out. Players can only use the station's emergency systems in order to survive, attempting to outthink the titular alien and avoid  the decimation of the entire space station.

In truth, Alien: Blackout sounds as if it's probably quite a fun time, while the early screenshots indicate it's at least looking fairly decent. The one lingering doubt is whether horror can find a home on a mobile device. Alien Isolation was incredibly immersive and all the more terrifying for it, so there's the chance something will be lost once the WhatsApp notifications start popping in on the morning commute. 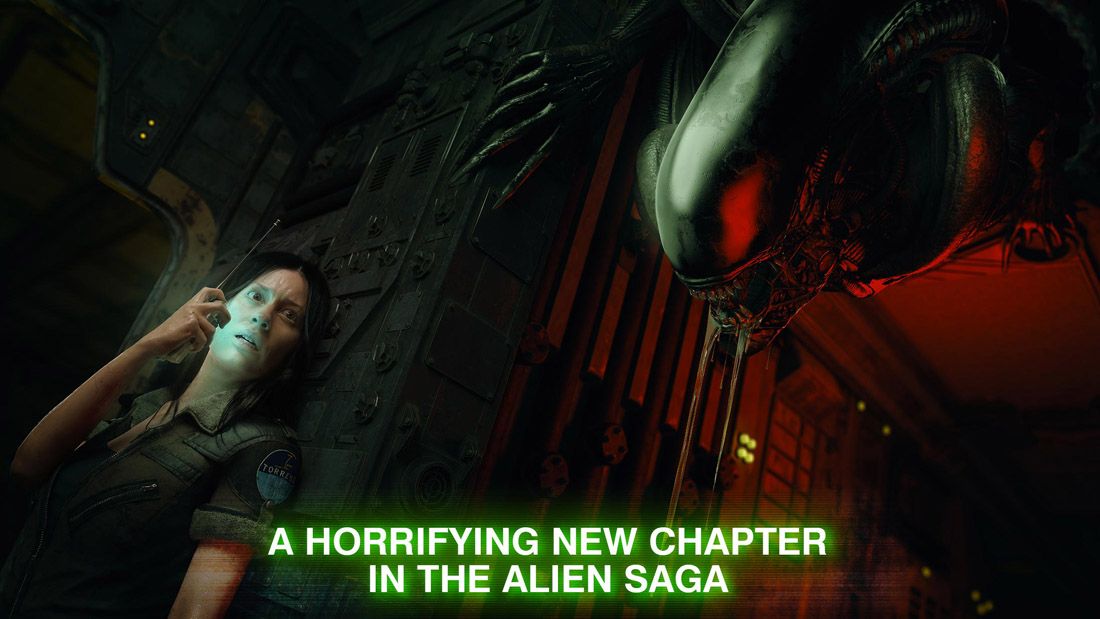 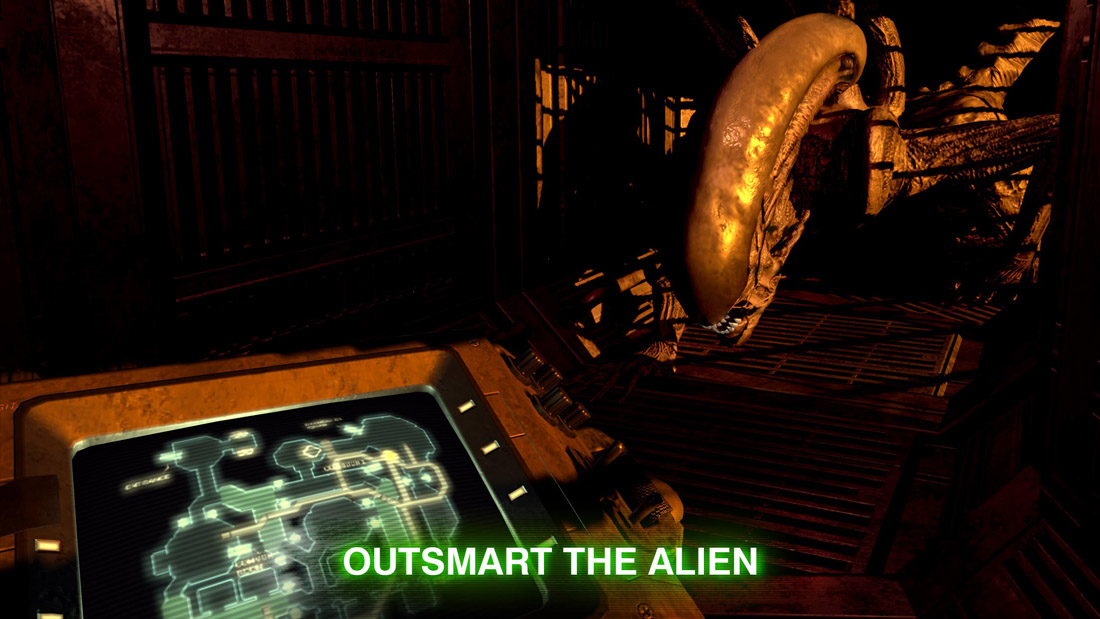 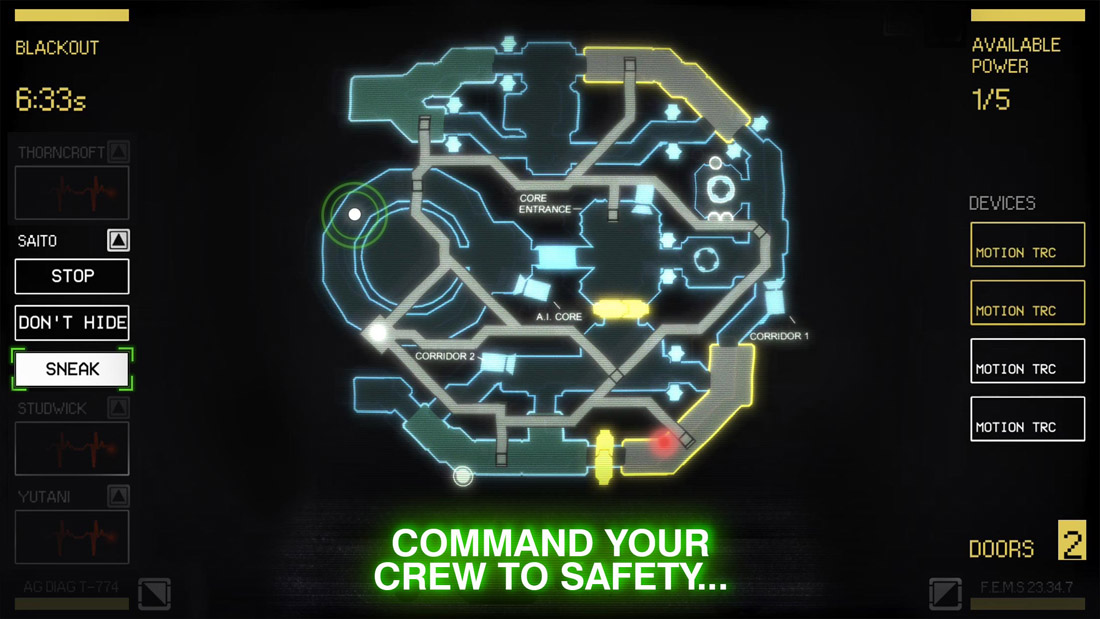 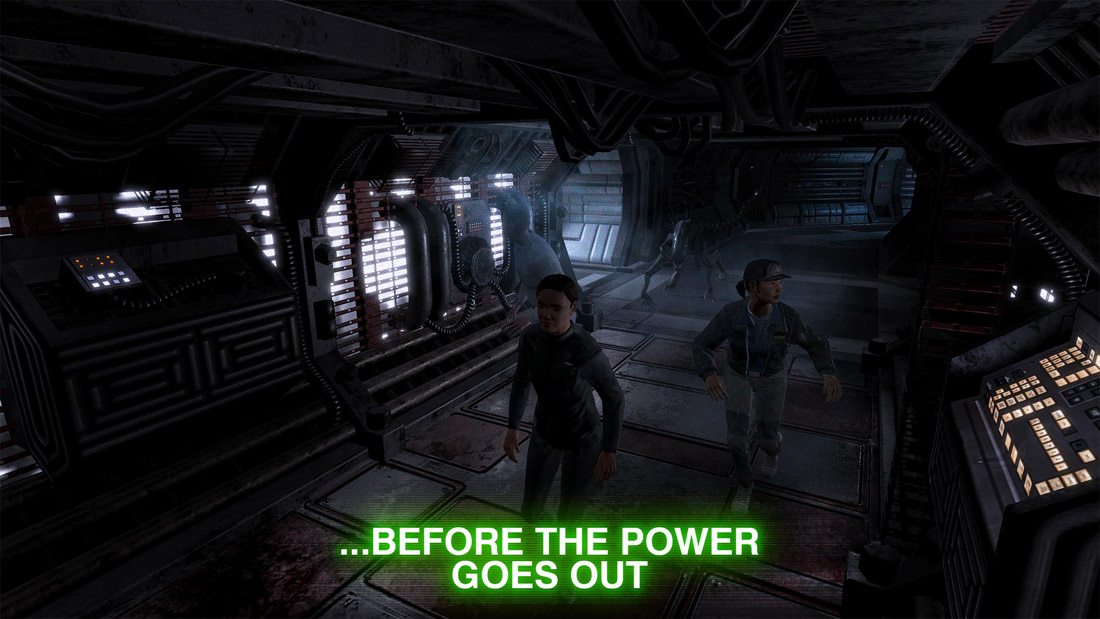 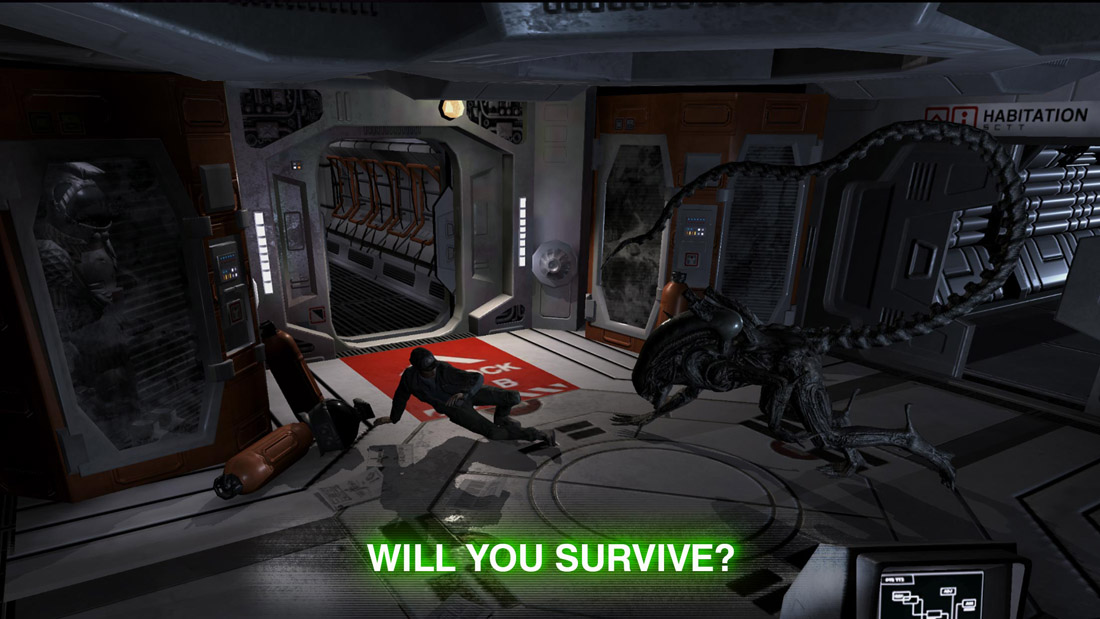 Alien: Blackout is 'coming soon' to both Apple and Android mobile devices.

The rumour mill has gone into overdrive today with the potentially imminent announcement of a new Alien game. 20th Century Fox has just trademarked the name Alien: Blackout for ‘computer game discs’, a move that ties in very nicely with the upcoming Game Awards.

The Game Awards host Geoff Keighley actually tweeted out a clue way back at the beginning of this month, saying “Worlds Will Change on December 6th”, the date when the Game Awards takes place. The font used at the time, together with its similarity to Weyland-Yutani’s ‘Building Better Worlds’ slogan, prompted speculation that something Alien-related could be inbound. 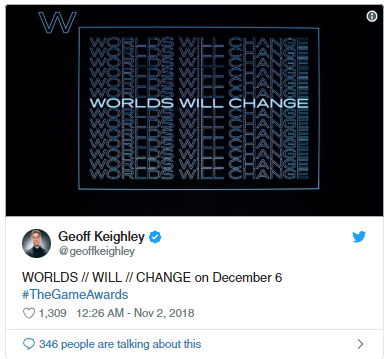 Twitter accounts for @AlienBlackout and @Alien_Blackout were also created in September. Rumours suggest the new game could be a first-person shooter, so it’s perhaps best not to expect an Alien Isolation sequel, sadly. The Alien series has had its ups and downs when it comes to FPS action though, diving to its lowest point a few years ago with the shocking Aliens: Colonial Marines.

Where things get even more hype-inducing is that none other than videogame legend Hideo Kojima, creator of the Metal Gear series, visited 20th Century Fox exactly one week ago for something Alien-related. The official Game Awards Twitter account then responded to his message with “World will change!”. 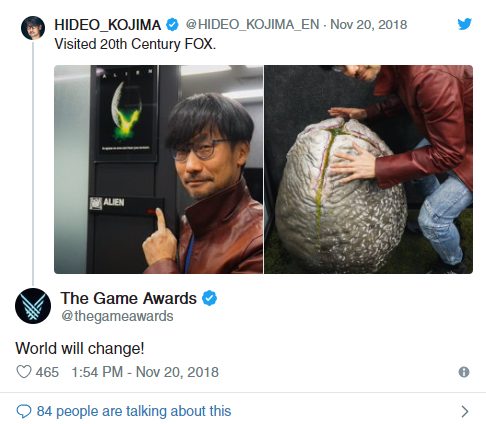 "A horrifying new chapter in the alien saga"! A true statement indeed but not because the game itself is horrifying, but because the sequel to a good horror pc game is going mobile direction. WoW, truly horrifying to see greed ruining another franchise yet again.

Well, I am not sure how I feel about this one. Generally, it is game from different developer and publisher. Sega and Creative Assembly who made Alien Isolation don't have anything to do with it. Unlike DI being Blizzard, same company which made D2 and went really far downhill.

Looks good, but the control scheme is what I wonder about. That's the main reason I don't play a lot of mobile games.

Is this an out of season april fool's joke?

Don't you guys have phones?

This ain't it chief. 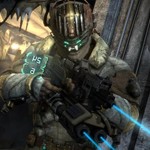 Why the hell mobile games are still a thing?

Well, because most people have a phone. I see many people very negative about mobile games, but they don't have to be bad! Yes 95% is crapp filled with mircotrandactions but i would love to see that 5% of premium games grow.

DONT YOU HAVE A PHONE!? lol

If it's a decent mobile game WITHOUT micro-transactions which is just a spinn of and not an actual sequal. than I'm fine with that. We need some more "premium" games on mobile aswell. I curently love to play RCT classic, Rome: total war, minecraft, and more on my phone with grid autosport coming soon aswell.

mobile games and micro-transactions are synonyms

After the negative backlash on twitter they did tweet that there was more news to come, hopefully that'll be our Isolation sequel.

Game over man, game over!

I bet this gonna be good but i dont like playing horror games alone :d i mean its fun to try with friends but id rather play something different at my free time, i had my fair share of horror when i completed outlast, silent hill: origins, homecoming and shattered memories and decided that this genre is not for me especially those games that uses jumpscare technique rather than spooky atmosphere like silent hill :d

Everything thickens when Kojima is involved...

If Kojima is truly involved, then this will be my first Alien game.

A horror survival game based on Aliens with fps gameplay involving Kojima in all of his creative creepy weirdness? Sounds like GOTY to me O_O

If Kojima is really involved the game could be interesting.

Wish they didnt cancel Alien Isolation 2, would have loved a sequel but ahwell