Video gaming can be an expensive hobby. Games definitely aren’t cheap, particularly if you buy them on launch day. It’s always a bit of a gamble as to whether you’re actually going to like a game, which is why reviews and videos are so helpful in judging whether it’s the right game for you before taking the plunge.

We all make mistakes though. Splurging £50 only to discover a game is certainly not for you. Now’s the time to share your woe with the group and hopefully you can find some resolution, a healing power, to resolve that bitter taste left by money wasted.

I'll unload first with two games that definitely disappointed me this year, for fairly similar reasons.

It’s always hard for me to regret buying something because if I didn’t buy it I’d just sit around wanting it until I caved. But, Octopath Traveler is as near-as-dammit as I’ve come to actively regretting my purchase this year. It’s the sort of that constantly reminded me I was wasting my time playing it, that I could be doing better things than playing this flimsy package of eight, repetitive stories that didn’t tie together in any conceivable way. It’s sad because I think Octopath Traveler is, stylistically, one of the best looking games this year, making it all the more the pity that the rest of the package feels so hollow. That and, well, they don't know how to spell Traveller. Dragon Quest XI it certainly isn’t.

Aside from that, I’m fortunate enough to receive review codes for most games I play so this doesn’t exactly fill me with regret. There are certainly games that I haven’t enjoyed spending my time with though, in particular V-Rally 4. It holds the title of the single most boring game I’ve played this year, and it’s not exactly a close thing. There are games that are worse, for sure, but I find playing bad games interesting at the very least. V-Rally 4 is just dull, terribly dull. Mustering the energy to even boot it up was a struggle, particularly when there are so many other great racing games out there.

They're my two biggest regrets of the year, it feels nice to finally bury them in the ground where they belong. But what about your lovely selves? Were you disappointed by your nylon Fallout 76 bag? Was there a game this year which you just couldn't bring yourself to love? Let us know!

The stories do eventually tie together in Octopath at the end, although I understand that may be too late for some. Didn't have any regrets this year luckily!

Tons of games for the switch, including Octopath traveller. Playing DQ11 has shown me what a boring and heartless rpg OT actually is, they tried to incorporate 8 stories into one but fail at making anything stand out, or at really binding you to any character.
I'd include FO76, but the ****ty PC launcher just deletes all your progress if you close it once, so after 30GB being lost I refunded it.

NFS Prostreet for my PS2 and maybe TOCA Race Driver 1 also for PS2.

Fortnite. My friends convinced me to get save the world, which was extremely repetitive. I couldn't hate the battle royale mode more if you paid me, though my kid loves the crap out of it. Really do not get the hype.

Me neither. Never like the game tbh. PUBG is alot of fun tho.

ONE AND ONLY FALLOUT 76./.. HATE THIS GAME.. TOTALLY REGRETTING

Deus ex mankind divided when it was 75% off, it is a great game, but they never fixed the fps drops and low performance.

Albion Online, although it had a pretty good idea and helpful community, but it was pretty dull with little execution and support, lost its shimmer about 2 months from its release, still feel sad about it since I liked its idea.

nothing like the other games. hate it with a capital H.

Can't say I can think of any. Since I mostly don't do pre-orders and wait for reviews, I generally get good idea of what i would regret. Though there were some that weren't great, like Battle for Azeroth, I don't regret buying it, it has few brighter moments and I had fun with it, even if I usubscribed.

And the reason is simply, there was no other way to know how terrible it will end up being, if I didn't get first hand experience with the game. Hopefully Blizzard can turn the tides around and do it justice by making it better. Still, 2018 had plenty of bad stuff, but somehow I managed to avoid it all. 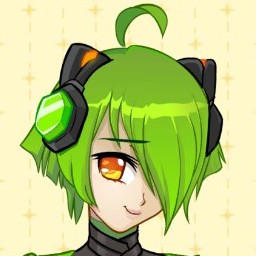 For Honor. i'm glad i bought the Disc version on PS4 and was able to sell it again.

yakuza 6 wow that really sucked coming from yakuza 0. yakuza 0 had it all and 6 hardly had a story and any minigames/side stories. An graphical downgrade, going from 60fps to 30(that it couldnt keep and also managed to screen tear). The game seriously needed anti aliasing every single straight line was shimmering all over the place. A sad send away the the legendary Dragon of Dojima.

Only regret till date is CS GO, bought 4+ years ago. Helped me learn that video reviews are must watch before a purchase.

I regret all valve games except for portal 1 and 2, GTA V and GTA IV and GTA SA, EatLead, Guitar Hero... and quite a few more, but it's the games you regret buying that you have bought this year, at least how I read the title XD

The only game I bought and regret it to this day is dayz. I bought it like 3 years ago. Other than that I am happy with my purchases.

I'm pretty sure most gamers are thinking about every recent EA, Activision game and FO76, just sayin.