Up For Debate - What's Been the Biggest Gaming PR Disaster of All Time?

The launch of Fallout 76 was undoubtedly one of the biggest self-owns by a publisher in recent memory. The business equivalent of launching a portable nuke at your own head, wearing a fixed grin on your face as it blows you into oblivion.

But Bethesda isn’t the first to dig a hole several miles deep and it certainly won’t be the last. We usually get a biggie every holiday season as they rush to get their games out in time for Christmas. Star Wars Battlefront 2 last year was a personal highlight of mine, although Fallout 76’s nylon bag is definitely giving me pause for thought.

There’s just something uniquely amazing about the capacity for a seemingly endless parade of screw-ups by games publishers. It may be the case that I don’t have my finger of the pulse of other industries so much, but there’s definitely a preponderance of publishers that make mistake upon mistake upon mistake, finding themselves in an unwinnable PR situation as a result.

A lot of the time the mistakes aren’t even that bad in the grand scheme of things, but it’s the PR that can surround that sends the worst message. From the time Sony told fans to get a second job to pay for a PlayStation 3; when Microsoft’s Don Mattrick told prospective Xbox One owners they had an Xbox 360 for players who can’t get an online connection, or the infamous “provide players with a sense of pride and accomplishment” for Star Wars Battlefront 2’s grindy unlock system.

Sometimes they come good though. Diablo 3's online requirement and the dreaded Auction House caused it to get an absolute pummelling at launch, but Blizzard turned that game around in sensation style. Rainbow Six Siege was roundly criticised for dropping single-player, had a tepid launch, but has gone on to become one of the biggest multiplayer shooters in the world. It's all about how they convey their message after the mistake though, and attempt to make amends.

Okay so they’re all great PR blunders, no doubt about it, but which is, for want of a better word, your favourite? Was it Sony asking why anyone would want to play old games? Was it Blizzard announcing Diablo Immortal at Blizzcon? Do you still feel betrayed by SimCity’s broken online-only launch?

Please, please share what you think is the biggest, or alternatively your favourite, gaming PR disaster, below!

how about this one?

Lol didn't even know about that one

My personal opinion it has to be FO76 followed by EVERYTHING Activision Blizzard has done over the past few years, especially with the Destiny IP and MTs.

EA is just as bad but at this point it shouldn't even be a surprise to anyone, I don't even go near their products anymore.

I think Fallout 76 was biggest, like it was disaster after disaster, from early access game at full price, move to Bethesda launcher to avoid refunds,... to nylon bags in 100USD edition, 80USD plastic Nuka Cola bottles, also customer information leak,... I mean, it is a gift that keeps giving for drama.

But in terms of most shocking at once was pretty much Diablo Immortal, due to what Blizzard has become. You could write whole article about it. Like this one here:
https://www.progamerreview.com/blizzards-fall-from-grace/
And Battlefront 2 isn't on the top, just because it is old news now. But it was worst of 2017. 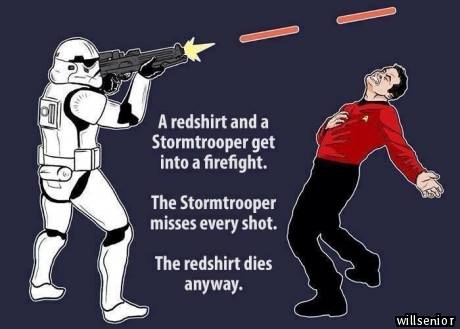 The industry may have been a lot smaller back when this happened but on the Atari 2600 E.T. was pretty amazing (in a bad way). If I recall they ended up burying a bunch of copies in a hole in some desert just to get rid of the cartridges.

Not just a bunch of copies, ALL of the copies to hide their abortion of a game! They unearthed it a long while ago just to see if it was true lmao.

Bethesda seemed to make a habit of it for most the year. Of course, you can never rule out EA to take another attempt to earn the gold poo.

DICE telling people not to buy BFV if they didn't like how it looked, and then changed loads of things to make it less over the top without telling people.

do you not have a phone?

The Fallout bag was the one that I recall the most.

Well, they don't get as much publicity as the bigger tripple A titles, but BLESS Online was pretty much a huge self-own. Published and failed so many times that the Developers took it on themselves to publish itstead as nobody else still wanted and, guess what, it failed.

Sega Saturn, the console that killed off Sega a massive gaming company. Dreamcast was good, but Sony killed that, it wasn't a flop as much as it was beaten.

Atari Jaguar and Lynx afterwards, they were waging a bit war where nobody gave a crap if there were next to no games and no good ones, killed off Atari.

Command and Conquer Renegade basically buried Westwood it was their last chance to be profitable with all their canceled projects and all their non successful non canceled projects. At lest EA didn't fire anybody and kept all the employees that didn't left on their own.

All the bad licensed games that made THQ go under for a good amount of time.

To me a "PR disaster" kills a company

yet Bethesda & EA are still very much alive... in the case of Renegade & THQ, at least the games were good

Well westwood is dead and I didn't say anything about Bethesda. THQ went bankrupt, thankfully they cam back better than ever.

Yet all of us wonder. How long before EA is shut down for good? Year after year. They've retain the title as the worst gaming publishers in america!

Year after Year they income is increasing as their profit margins are increasing... so EA will not shut down in the near future.

Yea, EA isn't going anywhere.. Not anytime soon. For as many people who are devoted gamers who read daily articles and know some of the behind the scenes stuff that goes on, there is still more casual gamers who just buy products regardless.

On top of that, for as many people who hate Buy to Win/Loot boxes/Season Passes/Pay Walls, a lot of people still buy them in excess and some even enjoy it. Look at people who spend THOUSANDS in like FUT/MUT packs. People who don't want to grind, so they'd rather pay for stuff instead. We can all hate it, but there's still a very fair amount of people who are all in on that stuff.

the quick jump from saturn to dreamcast is what killed sega (along with pushing the 32x and even possible the neptune). confusing consumers and burning developers will kill a video game company. cant have a good system with no developers. sega was going under before the ps2 was announced because the initial sales were great and then fell off (came out my senior year in hs so i am well versed in it).

lynx came out years before a jaguar. lynx came out when i got the og gameboy. atari pushing a cd attachment to follow in sega's footsteps didnt help their cause. i had a jaguar and jaguar cd that i bought from blockbuster video my frshman year in hs for $200. i still know the hidden codes to modify the cd player display.

I don't know what is worse than FO76. For the record, It's not Individually the worst PR Disaster if count only the releasing. But keep stabbing your own wound every week is Masochistically bad. Other publishers would panic as f**k by now.

Nah they're known for releasing broken awful products, for some reason people buy it anyways. It's way too sucessful for that title sadly.