There has been a lot of criticism towards ArenaNet and their MMO Guild Wars 2 recently, most of that regarding botting. Like in any MMO, and actually in almost any online game, botters are present, and Guild Wars 2 is no exception.

Botters are automated characters set up by players to gather resources and levels/skills without the person having to actually physically play the game themselves. They do this by using software, so they do not have to invest the time to acquire in game items and reward. Sometimes these items have a real world value, which breeds farming bots. The question is how well does a company counter this...

ArenaNet did ban hundreds (perhaps thousands) of accounts in the past due to botting, however this is just a small portion. There are still many of botters out there, and the community is starting to leave more and more feedback on this topic. Of course, ArenaNet had their hands full at launch, and now that they have some breathing space, they are going to focus actively on countering and banning the botters.

Colin Johanson, Game Director of Guild Wars 2, has said the following in a post on the Guild Wars 2 forums: "We recently hired an entire new team of people with one mission in mind: operation bot destruction. They’ve been getting everything in place to accomplish our goal of making botting, hacking, spamming, and malicious behavior as non-existent as possible in Gw2. In the last few weeks, over 10,000 bot accounts were banned from the game alone."

He continuous: "A vast majority of account thieves use those accounts to run bots and/or perform RMT transactions, so our serious beefing up of account security has led to fewer bots, and most importantly fewer stolen accounts. That being said, we have massive improvements on the way in the next couple of weeks that help us detect, verify, and remove botters."

His conclusion: "Bottom line: We’re doing ok, but we know we can and need to do much better on this front and are putting massive resources behind ensuring we have a permanent solution to this issue. You’ll see a dramatic improvement in this area in the next few weeks as our remaining detection and bot destruction tools and staff come online."

Have you encountered botters or even used your own bots in a game?

Never used my own bots in a game. Don't see the point or appeal, the road to glory is the enjoyable part! First time I came across bots was years ago in Runescape, thousands of them everywhere making money from constantly crafting 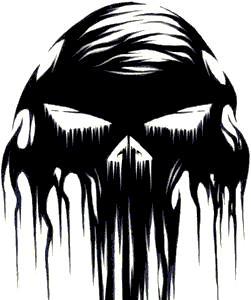 It's good to see them taking direct action against stuff like this. I've said it elsewhere; I really don't understand the need to cheat like this. Completely defeats the whole point of the game.

I have encountered some bots in game. I saw like 20 characters running in a circle and just killing all the mobs that spawned there :P