Well, Red Dead Redemption 2 is running rampant, isn't it? There's a vocal core speaking out against its fine form but you're still voting for it in droves. Hopefully the final can present a sterner test. But onwards, to our final semi-final. It's the battle of two PC-focused heavyweights as Kingdom Come: Deliverance steps into the ring with Frostpunk.

Kingdom Come: Deliverance overcame the fastest-selling Nintendo home console game of all time when it beat Smash Bros Ultimate. That's no mean feat and it stands it in good stead for a much sterner test - Frostpunk. The thoroughly miserable strategic management game lets us all wallow in the despair of a society crumbling at the seems as chilling are set off in sub-zero conditions to hunt Duracell batteries.

Meanwhile, Kingdom Come: Deliverance is an RPG that thrives on being super-serious. In that sense, KCD and Frostpunk make fine bedfellows. There'll be no love-making between these two tonight though, oh no, this is a fight to the death. 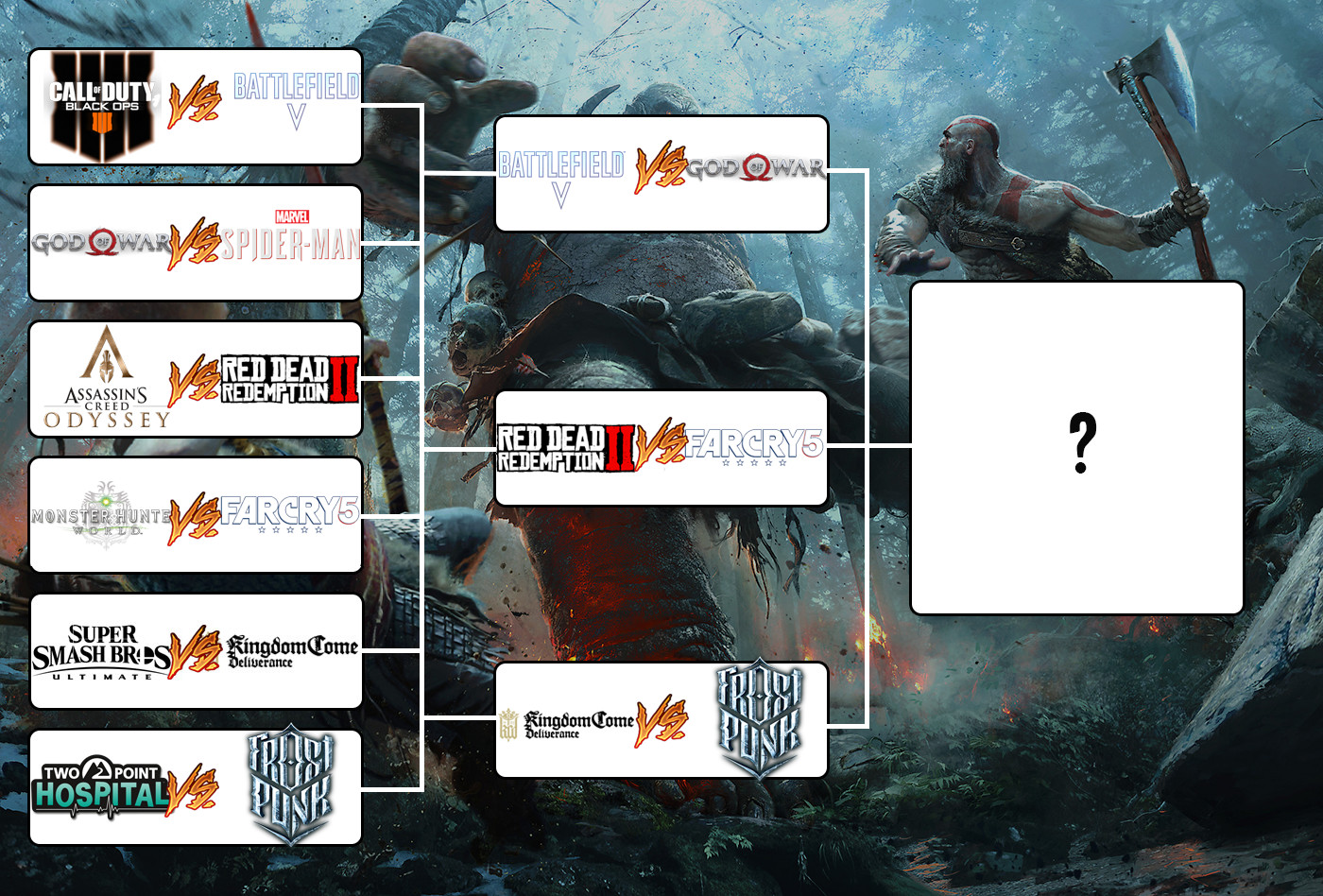 Get voting below for your winner, and remember to check back tomorrow for the Grand Final of the 12 Games of Christmas, where you'll be picking the overall winner!

there's something heartwarming about managing a soviet-style Metropolis... I have to vote for Frostpunk

Love both,but one have to admire the massive work Warhorse Studios did with Kingdom.

kingdom is the only game that i know from this match so.

Love both,but one have to admire the massive work Warhorse Studios did with Kingdom.

I'd say this the first good competition from this... let's call it a tournament? Hard choice here for me at least. Still puts me down knowing that RDR2 will stomp everything.

But I think my vote will go for Frostpunk simply because I prefer the strategy genre to action-RPG genre, otherwise I think both are equally worth it, falls down to genre preference...

there's something heartwarming about managing a soviet-style Metropolis...
I have to vote for Frostpunk