God of War was in the middle of the pack but came out fighting today, scooping up the gong and the prestigious title of Most Wanted Game of Christmas 2018. Put it your shelf Kratos. Or what's left of it anyway.

How the community voting worked

Each day at 17:00 GMT two titles battled each other. Whichever title received the most votes in the poll won, and then went through to the next round. 12 games in total were battling away, one battle per day. The six games that won made it through to the semi-finals, where three further 1v1 fights took place. The winners of these three battles then made it to the three-way final to decide the ultimate game this Christmas.

Each bout lasted 23 hours, and the winner was whichever game receives the most votes in the poll, which can be found towards the bottom of each article.

And here it is, the final table. God of War grabbed the gold medal, Red Dead Redemption 2 got narrowly pipped to second, and Kingdom Come: Deliverance mustered up a third-place finish. 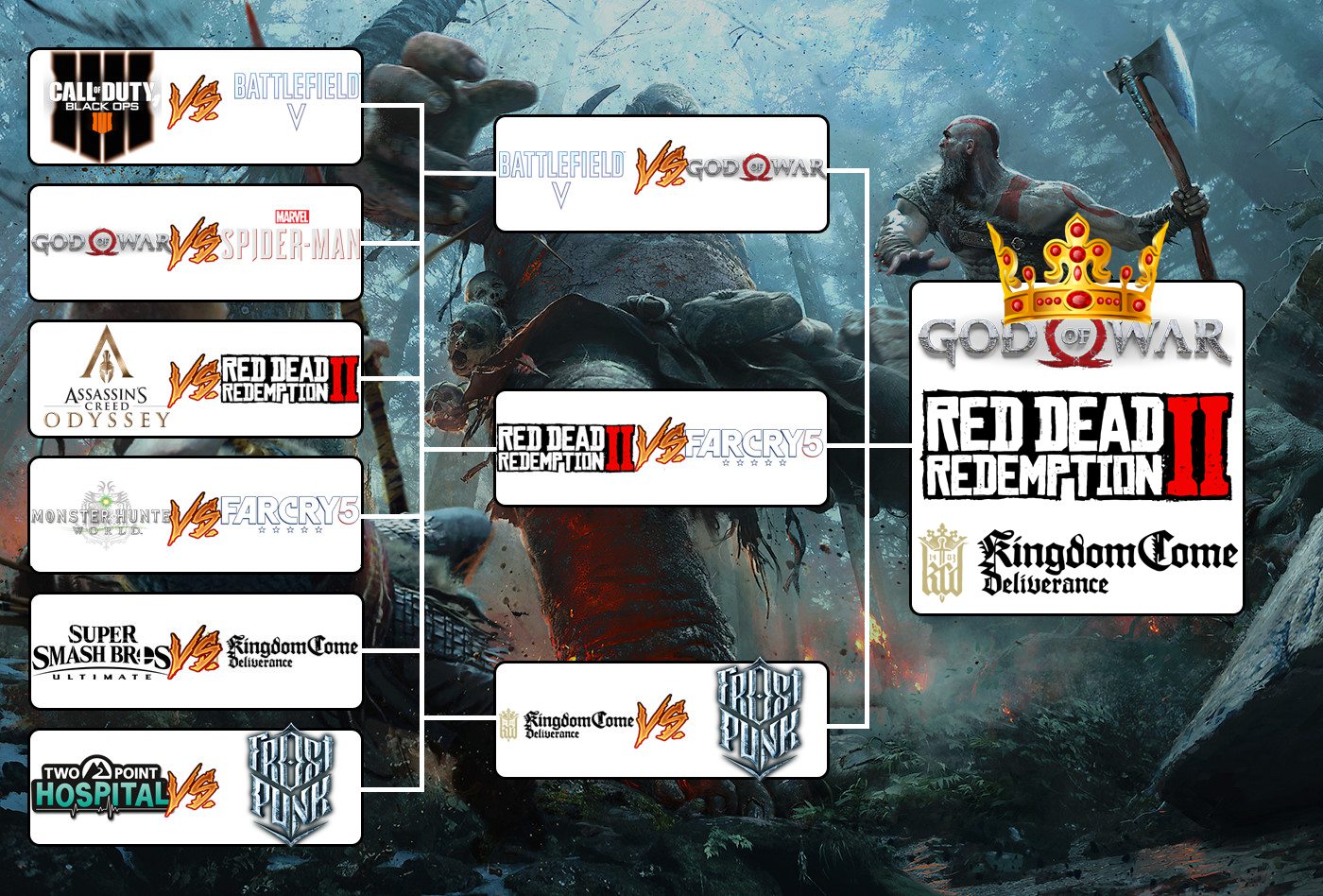 What a battle this final poll was. I'm surprised GoW won. I thought RDR2 would pull it off based on the comment section in the poll leading up to the finale. Anyhow, I missed out on voting in the finals but seeing as how it was going to GoW anyway, I suppose it's all good :) All in all, this was a lot of fun. I got a know of some new games here that I would definitely want to try in the future.

If i remember correctly then i was the first one who voted for GOW in pole finale.
Great, So deserving!!

Sweet, I honestly thought RDR2 would take the win but this is a nice surprise.

If none of the games I picked won, does that mean I have a poor taste in games?

They all decent games so I would say no.
Unless you really do have a poor taste in games

Everyone has different tastes, also one game being marginally better than the other, doesn't make the other game bad.

That was my pick, just so impressive

Great, congrats! Can't wait playing the New Game+ when I get my 4k TV soon