Up For Debate - Have You Installed the Epic Game Launcher?

There have been few issues recently in gaming more divisive than the Epic Games Store. PC gamers have been quick to take sides in a rapidly escalating war of the storefronts, all of which have valid points on what is a complicated issue.

On the one hand, we’ve got people touting the benefits of competition. The more PC game storefronts there are competing, the better it should ultimately become for gamers in terms of price and features. That’s economics 101.

When a game launches on the Epic Games Store, this also isn’t the same walled garden exclusivity we’ve come to expect from consoles and the Apple App Store. Anyone and everyone can install the Epic launcher. For example, there’s literally nothing stopping you playing The Division 2 that wasn’t there before. It’s not locked behind any special hardware or exclusive to certain countries. You can play The Division 2 through Epic on the exact same system you’d have used to play it through Steam. On that front, exclusivity is a null point.

For gamers, one of the biggest direct benefits are the free games. Epic is giving away a free game every fortnight for a year. I haven’t spent a penny in the Epic store but I own Fortnite, Super Meat Boy, Subnautica, Unreal Tournament and What Remains of Edith Finch, with 23 more in the pipeline. In terms of getting your game library up and running, Epic’s doing the dirty well.

An additional benefit to the Epic Games Store is something that players will never actually see. Epic only takes a 12% cut from game sales, compared to 20-30% on Steam. This won’t be reflected in reduced prices for consumers because it simply isn’t a consumer-focused move. A secondary benefit for developers is the increased exposure that comes from launching on the Epic Games Store. There are just a handful of games on the store at this point, and a new game coming to the store quickly becomes widespread news. This can help get eyes on games that would otherwise be buried in the hectic world of Steam.

As for the downsides to the Epic Games Store, well, it’s quite a long list. It lacks a number of basic features like automatic refunds, cloud saves, regional pricing, VR support, anti-cheat support, 3rd-party keys, discussion boards, user reviews, Linux support, streaming support, big picture mode, multiple console controller support, and more. It’s easy to forget just how much Steam has been improved since launch and the Epic Games Store has a heck of a long way to go in order to match its feature set. On that front, the consumer, you and I, are factually getting a worse experience from a game launching on Epic than we would on Steam. There’s no dancing around that really, the Epic store absolutely is worse off than the Steam store right now.

So, pros and cons then, and I feel as if I’ve barely scratched the surface of what the heavily bankrolled Epic Game Store’s emergence means for PC gaming.

But now it’s time to get truthful. We want to know whether you’ve already buckled and installed the Epic Game Launcher, or are you protesting its use? Get voting in the poll and let us know what you think of the Epic Store below!

Have you installed the Epic Launcher?

If so why did you install it?

I don't want another launcher on my system but if they refuse to back down and keep taking games from Steam I might have to in the end. But one of the major sticking points for me is if the prices increase or stay the same.

Got it solely because Subnautica was free and I was planning on buying it soon. A free game every 2 weeks was a welcomed surprise.

Give Subnautica a go. I liked it a lot.

What Remains of Edith Finch, as well, if you don't mind narrative-type games.

You'll be missing out if you don't play Subnautica. Especially if you've gotten it for free.

It's really sad that I missed that one. :(

Just buy it. It's worth whatever they are charging.

It's 30$ I believe. Half the regular AAA price, and 4x the experience.

I don't want another launcher on my system but if they refuse to back down and keep taking games from Steam I might have to in the end. But one of the major sticking points for me is if the prices increase or stay the same.

I play Fornite since Season 1, so yea, i have it installed since then.

I haven't installed it, even though I have no good reason not to. Competition is a good thing. I am worried about the lack of user reviews on the store though, but I am guessing that third party review sites like Metacritic are going to fill that gap. I am worried that it might be a trend though, at least I hope that it isn't.

I have installed it since I made this comment and picked up What Remains of Edith Finch. I missed the other giveaways though, which is kind of a bummer.

Got it solely because Subnautica was free and I was planning on buying it soon. A free game every 2 weeks was a welcomed surprise.

wait every 2 weeks? but yeah was gonna comment "umm.. you know that game subnautica, it was free".

yeh free game every 2 weeks for a year

Yeah, been 3 free games so far. Subnautica, then Super Meatboy, now What Remains of Edith Finch.

I installed it last night. I would have got the other games but my PC has been sitting behind my chair all not put together and what not because I'm staying at my dad's until I find a place of my own. 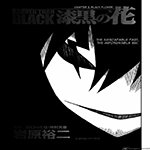 I've installed it once when Paragon was still a alive.

Same, Paragon was the only reason I got it

I have it because rarely i play Fortnite , because it is free.

Have it because of UE4

ive had it installed for years but only because of UE4

so now every major game publisher is going to have a different online store front...great i need 10 game launchers

yeah, although I hate monopolies, the great thing about Steam is that you only had to go to one place to buy your games.
What we need is some kind of storefront which compares the prices of games on every major store, and has one library.

No. But I'm not ruling it out.

Yeah, because why not. Sure I did it for free games, but if they offer competitive prices, then I definitely have no problem buying my games there.

I originally installed it for Fortnite but I am really loving it now for the free games.

I think Steam will be enjoying better prices for a good while, so beside the free games I'm not really there for much. Well, I am interested in The Journey. Otherwise not much there. Yet.

I only installed it for the Infiltrator demo/benchmark thing. I might eventually try out Fortnite or the latest Unreal.

Ut, just like Quake, is too old-fashioned to survive, unfortunately. I LOVE the oldschool fps like that - fast, no abilities or classes, just pure skill from the player side. Unfortunately, this is not exciting to "gamers" in 2019. This is why Quake Live flopped too, hence why Quake Champions now enjoys an endless tirade of rebalancing updates, since they have...abilities...

I installed it for subnautica pretty decent game, i will not be purchasing anything on there however