PUBG Corp has recently announced PUBG Lite, a new, easier to run version of PlayerUnknown's Battlegrounds designed for markets where PUBG's standard system specs may be difficult to meet with the hardware available. PUBG Lite will be free-to-play and features much lower system requirements than traditional PUBG. The PUBG Lite Beta Test is currently only available to play in Thailand but the service will eventually be expanded to other global territories.

Well, it's definitely nice to see PUBG get some system requirements that match its visuals. But enough shade because these system specs for PUBG Lite will definitely open up the battle royale shooter to a far wider audience. It's just one area where Fortnite: Battle Royale has held a huge advantage - it performs great and it only needs a dirt-cheap PC to run.

We won't dwell on Fortnite too long but it's certainly interesting the minimum and recommended specs for PUBG Lite are almost note-for-note the same as for Fortnite. PUBG Corp may have got PUBG running like Fortnite after all this time, at the expense of visual quality.

In terms of specs, PUBG Lite's are rock-bottom. An almost decade-old PC could match up to these minimum specs, making PUBG Lite perfect laptop fodder than can also run on integrated graphics. The graphics card requirements are about as low as it gets in 2019, paired with a meagre 4GB RAM, a dual-core processor and a tiny 4GB installation. Pair this with its free-to-play nature and this is literally PUBG for all.

Should you want to crank the weaker visuals to the max then any old 2GB VRAM DX11 video card will do the job. The GTX 660 is recommended, but you could also throw something like the GTX 750 or the R7    260X at it and get top results.

As always, you can check out how well your PC can run PUBG Lite System Requirements here, where you can check benchmarking and performance from other users. Compare your graphics card to PUBG Lite GPU benchmark chart and we also have a PUBG Lite Frames Per Second system performance chart for you to check.

Or they could just optimize the game in the first place.

My 2009 laptop might run this version of the game!

"Well, it's definitely nice to see PUBG get some system requirements that match its visuals." - my favorite line

Well, that's because the mobile version is developed by Tencent Games, which made a nice optimization for Android devices. With the same level of optimization and with the better GPU drivers on PC, I think those recommended requirements are pretty high for 1080p 60 FPS. The emulated version for Android runs on my GTX 660 with half GPU usage at 1080p on max graphics. 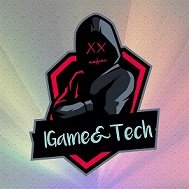 after checking pubg lite, it is same as pubg mobile

I hope they put a larger view distance than mobile.

After looking at that comparison video for like only a minute I can already say that I would prefer the steam version over the F2P version.

...Not that I have any interest in PUBG or any other battle royale game for that matter.

The only reason I still have Fortnite installed is for when Save the World eventually becomes F2P.