Dirt Rally 2.0 System Requirements Might Give You a Flat Tyre

Buckle up petrolheads, it's Dirt time again. After going a bit arcade-y with Dirt 4, Codemasters is going back to gritty, hard-as-nails simulation with Dirt Rally 2.0. The system requirements are out now for Dirt Rally 2.0 and a graphical overhaul sounds like it's on the cards based on these demanding system specs...

Well, well, well,  this is the overhaul we've got on our hands. The system requirements for Dirt Rally 2 are worlds apart from Dirt 4's system specs in 2017. This hopefully means Codemasters has done plenty of work underneath the hood to provide even more detailed rally racing visuals.

If your chief concern is getting Dirt Rally 2.0 to even run at all then you'll be needing a far more powerful system than previously, albeit still low-end by today's standards. Codies officially suggests you'll only need a dual-core processor with multithreading as a minimum, alongside a low-end 1GB VRAM DX11 graphics card. That's a nice, forgiving set of system specs for DR2.0 that should ensure Dirt Rally 2 works across most PC gaming systems.

The jump to the recommended specs for Dirt Rally 2.0 is humongous though. I can't actually remember seeing a difference in specs this huge. Dirt Rally 2.0's recommended system requirements are the 8th most demanding system specs in PC gaming, according to our 100 Most Demanding PC Games List. From a lowly dual-core CPU and 1GB video card at minimum, Codemasters says you'll need an 8GB graphics card and a six-core processor with at least 3.6GHz clock speed. This is what we call a '90 over jump into hairpin left, steep edges'.

The previous Dirt games can actually run pretty great at 4K provided you weren't overgenerous with the MSAA settings. MSAA has the capacity to tank performance and this can be dialed down as the resolution goes up, offsetting the aliasing while providing greater image quality. That said, based on Dirt 4's performance at Ultra Quality with 4x MSAA, we'd say these recommended specs for Dirt Rally 2.0 are aimed at maxing out the graphics settings at 1080p resolution. They're definitely on the high side but we reckon you'll get plenty of performance headroom at 1080p with these video cards. Drop a few settings down to High and GTX 1070 and Vega 56 should comfortably hit 60fps at 1440p.

the gap between minimum and Recommended is more a things related to an un-optimised game.

actually thats the opposite.

damned for having a wider range of people able to play, damned if its narrow and leaves older hardware behind.

and queue the people complaining about the requirements because such and such game looked better (you can obviously tell everything about a game from a still pic) or there is no way this is for 1080p with those requirements (because developers apparently arent allowed to push graphics farther at the current most used resolution).

unless someone has actually seen the game running in person and not a video, we hold onto our negative comments and praise the developer for pushing the limits (like crysis or doom3) instead of just rehashing the same game over and over with a new coat of paint. 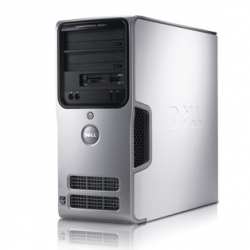 There is no way recommended is for 1080p lol, if it is there's something wrong going on here. Dirt Rally looked great, and to be fair so does Dirt 3 and 4. This seems quite over the top, can't wait to review it and see what it's like. Might be the first game i actually try to run in 4k on my tv.

I'm not that surprised. Dirt Rally looked beautiful, and this one is one of the rare games I'm actually excited to play soon.