Announced yesterday, Apex Legends is out on PC and available to play for free right now. It's 60-player squad-based battle royale spun off from the Titanfall universe. Apex Legends uses the Source engine and runs pretty well overall. However, those with lower-end systems may run into frame rate issues in Apex.

This Apex Legends PC performance guide can help you find the right balance between visual quality and frame rates. Using the chart below, you can find out just how demanding each graphics option is in Apex, demonstrating the percentage drop in frame rates when turning the graphics setting from Low to Ultra, or the in-game equivalents. This provides an at-a-glance look at which graphics settings affect performance the most in Titanfall: Apex Legends.

Together with this, we've given priority scores based on how important we believe it is to enable these graphics options for the optimum PC gaming experience with Apex Legends. As ever with online shooters, 60fps should be seen as a must in Apex Legends in order to not put yourself at a huge disadvantage. Our recommendation is your disable whatever it takes to get a locked 60 frames per second.

For the benchmark results below we used a GeForce GTX 1060 6GB, an Intel Core i7-5820K processor, and 16GB DDR4 memory. I attempted to drop with my squad in the same hotly contest area repeatedly in order to gauge performance. 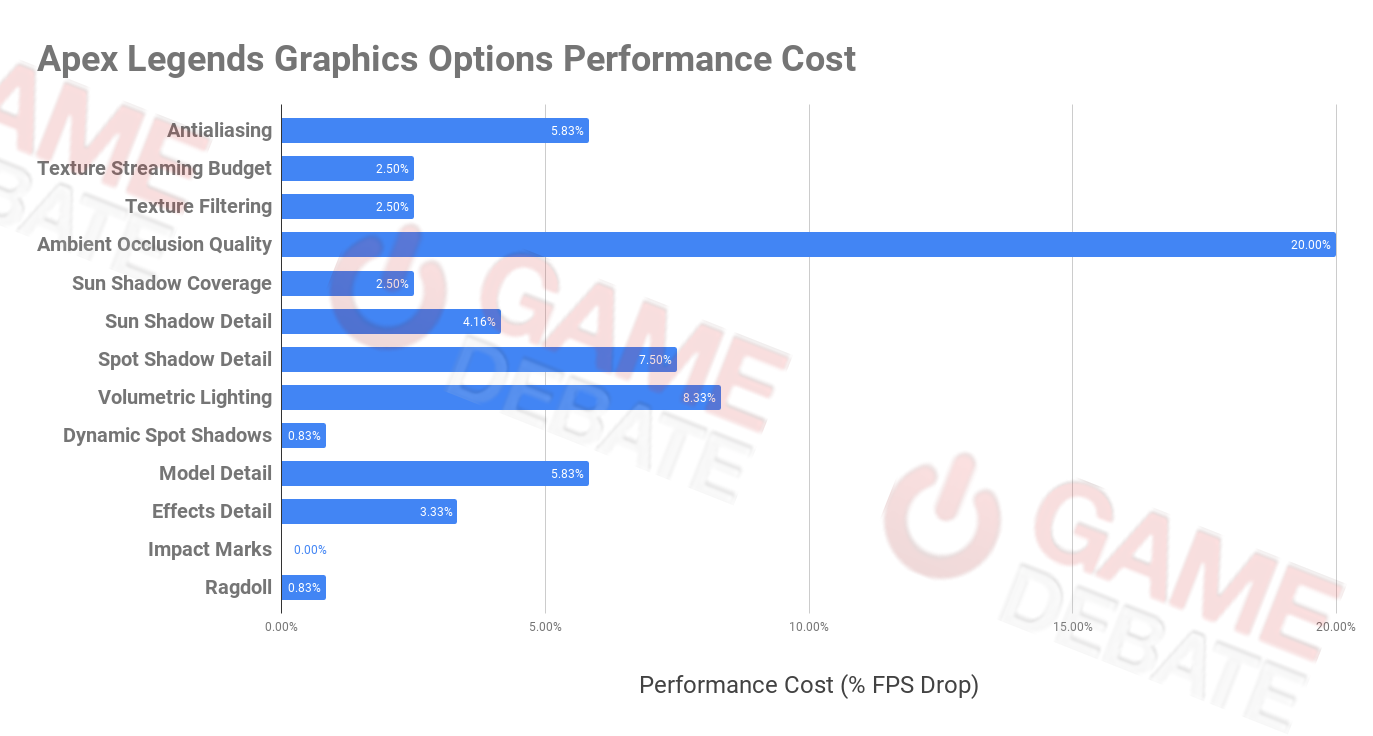 What are the most demanding graphics options in Apex Legends?

Ambient Occlusion Quality is the most demanding graphics option in Apex Legends, and by some distance. 20% was lopped off my frame rate in testing, which was equivalent to about 24 frames per second. It's a fantastic looking effect though and, handily, there are four levels to mess around with.

The other big standouts are Spot Shadow Detail and Volumetric Lighting, both of which can cause noticeable hits to Apex Legends' frame rate. Visually, Volumetric Lighting is the pick of the bunch but it can also slightly mess with your vision. Those after a competitive advantage may be inclined to turn this off.

Texture Streaming Budget simply controls the amount of video memory reserved for texture streaming. This setting should be set at the same amount as your graphics card VRAM. However, if you are running other programs simultaneously you may need to drop it one setting down to avoid occasional stuttering in Apex Legends.

Texture filtering controls the sharpness of surface details, particularly when viewed at an angle. Turning this setting down will help to reduced your GPU load.

Ambient Occlusion controls the render target resolution used for SSAO (Screen Space Ambient Occlusion). This is the most demanding graphics setting in Apex Legends and should be your first stop to improve frame rates.

Sun Shadow Coverages dictates the quantity of the shadows cast from the sun. Turning this setting down will ease the load on both your CPU and GPU while playing Apex Legends.

Sun Shadow Detail controls the detail level and resolution of shadows cast by the sun in Apex Legends. Turning this setting down will ease the load on both your CPU and GPU.

Similar to Sun Shadow, Spot Shadow Detail dictates the quality of shadows cast from lights found within the environment. Turning this setting down will ease the load on both your CPU and GPU.

Volumetric Lighting is a visual effect that renders sunbeams and simulated light scattering in the air. While not massively demanding compared to other games, it does still have a noticeable impact on Apex's frame rate.

The counterpart to Spot Shadows, Dynamic Spot Shadows controls whether lights in the environment can move, and therefore cause moving shadows too. Turning this setting down will low the demand on both your CPU and GPU while playing Apex Legends.

Fairly straightforward, Model Detail controls the detail level of both objects in the environment and character models themselves. The strain on this setting will be on your GPU. The more characters on-screen at once, the lower your frame rate.

Quite a difficult setting to actual benchmark considering it's entirely situational, Effects Detail controls the level of detail on visual effects like explosions and shields. During more hectic moments this may cause a bigger frame rate drop in Apex Legends.

I still remember when Impact Marks blew my mind in Goldeneye. These are the bullet holes you see left in walls. The higher this setting the greater the number of impact marks that can be rendered simultaneously.

Again, another tricky setting to benchmark but Ragdolls concerns ragdoll animations when characters die. In theory, this shouldn't ever be overly demanding but it will tax your CPU slightly.

Well. This game works better than expected. Sure, it's not well optimized for all graphic settings but with some youtube tweaks you can make it run silky smooth. I was sick of the battle royale genre but this game is very fun to play.

i try it and im beaginer at battle royal games,i like it ...

Well. This game works better than expected.
Sure, it's not well optimized for all graphic settings but with some youtube tweaks you can make it run silky smooth.
I was sick of the battle royale genre but this game is very fun to play.

I have everything turned up to ultra, but turned Ambient Occlusion and Shadows down 1 tick, so my CPU could keep up. I'm playing 144fps+ on 1440p :D Been a while since I've seen a game so optimized at launch. Excited to see how further optimizations are going to impact the game :D

Does anyone get the MSI monitoring to work while playing, to see framerate etc ? I couldn't yesterday for some reason

i have msi afterburner and with my rig i got 60 fps constant... now i really regret for buying pubg.... apex legend id far more optimised than any other battle royale game!!!!!!!!!

I can't hit 60 fps on the lowest settings at 1080p without using the dynamic resolution option. Judging by the system requirements it should be a breeze...I don't understand

I was getting 70-90 FPS on my tweaked settings even before the new AMD driver optimized for the game. Haven't played with the new driver yet. Seems like something specifically with your PC.

Im getting drops below 60fps in vegetation dense areas,what should i do ? 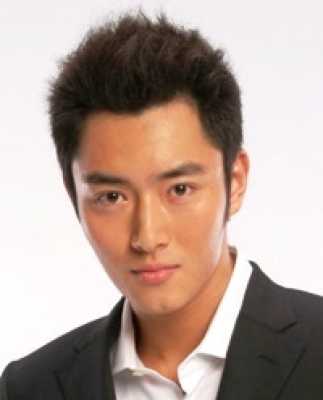 I updated to the latest driver but it's the same thing