Up For Debate - What's Your Favourite Battle Royale in 2019?

Battle royales have become a global phenomenon and all the biggest publishers are chasing that sweet, sweet cash. But which is the best? We’ve had a poll like this before, back in August 2018. At the time, PUBG walked out the winner but things have changed a whole lot since then. Namely, Call of Duty: Blackout and Apex Legends have been released, and both have been big success stories in their own ways.

Call of Duty: Blackout was probably the biggest draw of the entire Black Ops 4 package, while Apex Legends hit 10 million players within 72 hours of its launch. We suspect that figure is now much, much higher after a hectic weekend.

The battlegrounds have changed then, and there now are four chief contenders in the realm of battle royale. This time around we’ve done away with the fraff and the bit-part players, this is all about four of the biggest battle royale games in existence, and which is your favourite.

PUBG was the original battle royale game to absolutely blow and it’s still doing huge numbers despite the intense competition. PlayerUnknown’s Battlegrounds favours more milsim elements with a great focus on realism and quick time-to-kill. Features comfortably the largest maps in the battle royale scene, as well as vehicles and weapon attachments.

Fortnite is currently the most popular game on the planet and firmly embedded into pop culture. Epic’s cartoony third-person shooter provides a big twist on the usual battle royale formula due to its building mechanics. Forts can be constructed in a matter of seconds and it’s here where high-end players really separate themselves. The building means Fortnite probably has the highest potential skill ceiling of the bunch.

Slotting in nicely between PUBG and Fortnite, Blackout is a slick, fast-paced military shooter that is much less punishing than PUBG. Call of Duty’s run and gun arcade gunplay is intact, although it arguably suffers a little over long distance firefights. Blackout features a greatest hits package of Call of Duty maps stitched together, providing a map size comparable to that of Fortnite. Blackout also features a handful of driveable vehicles such as helicopters and quad bikes, as well as PUBG-style weapon attachments.

A newcomer to the battle royale scene, Apex Legends makes many strides forward for the genre yet also strips things down to the bare essentials. It’s trios online in Apex Legends, although this is balanced around the inclusion of hero characters, each of which has potentially match-winning special abilities. Apex Legends features perhaps the strongest loot and weapon attachment systems, clearly identifying good loot and automatically applying attachments to the appropriate weapons. On the downside, Apex Legends features no loot.

There are the four big boys then, which is your current reigning champion? Get voting and let us know why in the comments below!

Do you play battle royale?

Which is your favourite battle royale game? 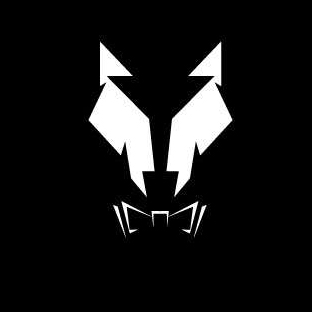 I'm family member and because I love my brother I installed pubg (4 hours), fortnite(1 hour), black ops 4(10 hours), finally when Apex legends came out I could uninstall pubg and fortnite from my PC as I no longer keep unnecessary software.
We got 1 more friend with us, that's what actually keeps me at computer nowadays, playing with friends... but let me explain.

PUBG - terrible movement, slow looting, the best shoot to kill ratio
Fortnite - I like graphics, building idea, but when I want to play fps I do, when building I turn to strategy games.. so not for me.
BO4BR - looks better that those above, much better movement, sliding, jumping, approaching.. takes years to take someone down equally skilled. Crazy and made us quit.

Apex - so why not to give it a try when I could play for 3.. well we are 3, game is designed for trio (ok), fast paced, map gives you option to quickly relocate (ok), fast looting and auto keeping best available item (ok), pinpointing whatever you want from gear to enemy or just suggesting direction (ok), graphics (ok), skins and times to get then (ok), chars (ok), shoot to kill (ok, early game):D

Well, I know one thing for sure, the Japanese movie, Battle Royale was actually a really good movie.

The picture representing Battle Royale made me smile. Beyond that I have never had any interest in them. I prefer Single Player or Co-op.

do you play insurgency sandstorm?

You really aught to do yourself a favor and try Apex if you like coop. Dang slick game, and sooooo addictive.

I see a lot of people playing it on Steam, is it big in China or something?

Have to be honest, never liked BR games, tried fortnite and pubg for one hour, it was a trash. Tried apex and there's something catchy about it that wants me to play one more game. The only problem with the game is that there's one mode.

I prefer multiplayer games where 50% of players win NOT 1% win and the others are lucky if they made it in the top 10.

I play none. No interest in that garbage. Maybe I'd play a few rounds now and then, but I don't see the point in constantly playing the same thing.

Then battle royale is trash.

I've mostly played free ones because I don't find the genre that appealing to spend money on it. I've played Fortnite for 2 weeks, It's fun and a good game, but after a few victories the excitement just vanished and I never could get into building. I tried PUBG at a friends place and it was a boring slog. When you find someone to shoot at it's great, but those 30 minutes you spend just walking around alone is just damn boring. Haven't bought COD in over half a decade.

COD lost me and I could never get properly back into it. Played it a few times on and off on my friends account but never got me back enough to buy it. Apex though is really fun, runs really great, plays really great and has an added caveat that I can use EA's services without giving them a single penny!
Origin is pretty bad though, but luckily doesn't impact the experience that bad. It's good at running the game and that's pretty much what I need.

PUBG was always too clunky for me, Fortnite is technically good but I'm not a fan of the building and I prefer first person shooters, COD was alright with some balancing issues. Now Apex Legends I enjoy quite a lot and the only thing I didn't like about it is the trio only mode which actually grew on me pretty quickly.

Not my cup of tea..... but you left out ARK: SOTF, and Totally Accurate Battlegrounds(which is just silly enough that if I had to say I had a favorite of a genre I don't even play..... this would be the one)..... you're welcome :P

Minecraft Hunger Games is still the best one tho

I'd say I already found the perfect battle royal game - a LONG LONG TIME AGO!
Launch GTA 3 (if you still got it by any chance) and type in the cheats for all the npcs to have random weapons and another one for them to be constantly violent & attack everything on site
THERE!
Now you've got the perfect Battle royal ! No need for this other new crap

PP: I'll give you my left kidney if you manage to complete the first 2-3 missions without dying once... 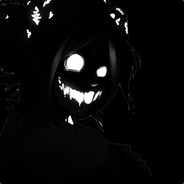 Apex Legends is the most interesting one by far in my opinion. i do wish they add more than trio's though!

Your favorite means the one you like the most or dislike the least, so it makes sense.