Finally, Metro Exodus has arrived, and so too has another opportunity to see what all the fuss is about in terms of raytracing. Metro Exodus uses a totally different form of raytracing to the reflections seen in Battlefield V. 4A Games instead chose to focus on ray-traced global illumination. Global illumination isn't new to gaming, but it is new in its ray-traced form.

Traditional game lighting uses fixed light sources with direct illumination. Put a lamp in a room and it'll light it up, and it'll also cause a shadow to be cast behind a table, for example. However, direct illumination fails to account for how light reacts in reality. It bends and distorts, reflects and pools. The light cast on a polished table would illuminate a room more than a dirty one. There are techniques used to present global illumination in games in a cheat sheet form used rasterized techniques, but this isn't true global illumination.

Metro Exodus uses ray-traced global illumination, meaning both direct and indirect lighting is rendered in real-time. In theory, this means more natural-looking environments. The tech requires a GeForce RTX graphics cards and there are two different options - High and Ultra. However, certain graphics cards are locked out of certain settings when enabling ray-tracing. Our PNY GeForce RTX 2060, for example, can do Ultra ray-tracing but is restricted to 'High' in terms of overall graphical quality.

It's understandable why 4A Games has done this, as the RTX 2060 probably just can't handle it, although it is a little frustrating not to be able to test these higher settings.

For our benchmarks, we tested how the GeForce RTX 2060 performs while ray-tracing at 1080p and 1440p, with DLSS on and off, and how this compares to the base frame rates. 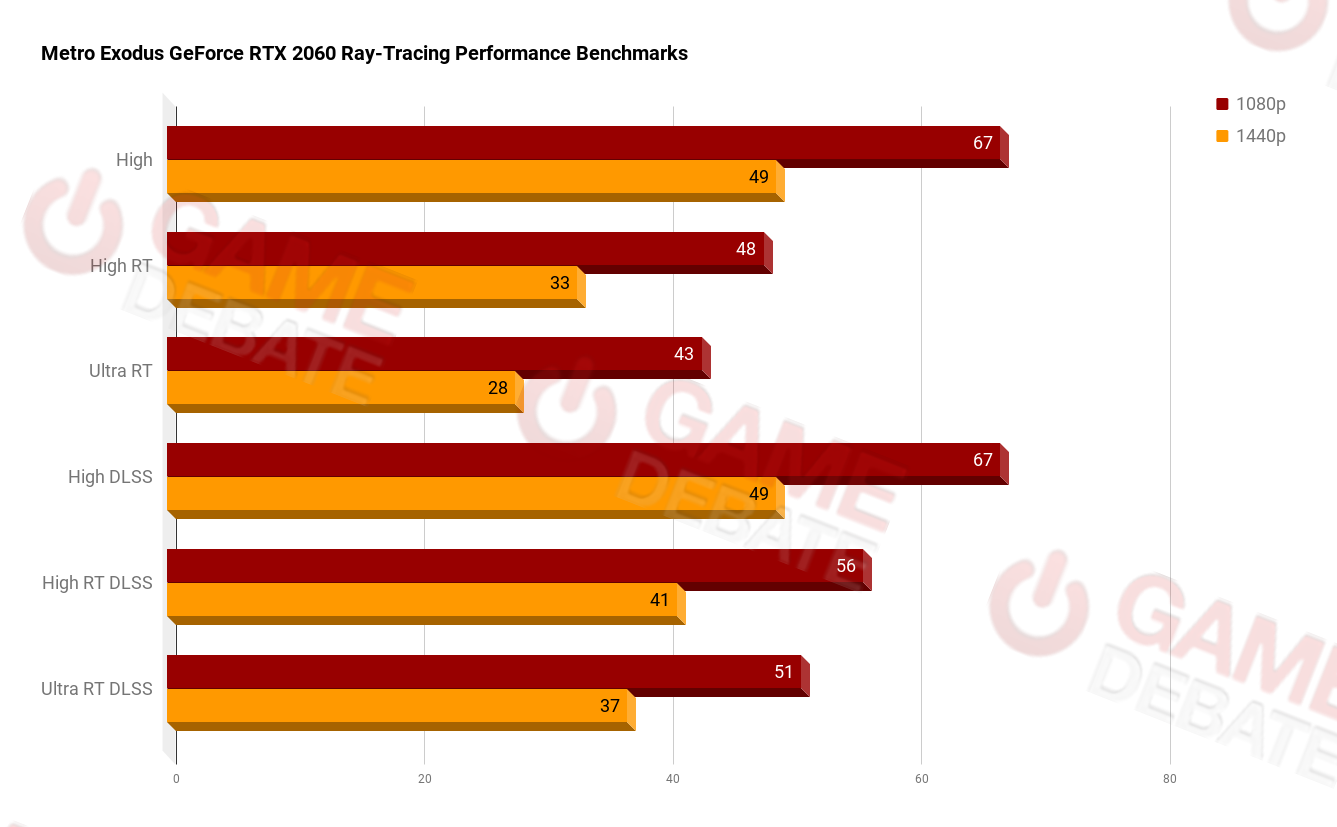 As we found in our Metro Exodus PC Performance Breakdown and Most Important Graphics Options, ray-tracing typically commands a 33% performance hit to Metro Exodus. This stays largely true across most resolutions. DLSS goes some way to claw some of this performance, albeit at a fairly large and noticeable hit to image clarity. When I saw noticeable, I mean it. DLSS muddies the image in Metro Exodus significantly. That's the trade-off that may need to be made if you want to enjoy higher frame rates with ray-traced global illumination enabled.

If you want to see just what effect DLSS has an image quality, take a look at the sliders below.

Metro Exodus DLSS On vs Off Comparison

Slide your cursor over the image to compare

As you can see, despite the small size of the images you can see a noticeable in resolution quality when comparing DLSS On and Off. This effect is even more noticeable during gameplay. We'd probably recommend you take a straight resolution hit rather than enabling DLSS as at least then you'll know what you're getting. Hopefully, 4A Games can continue to do some work on this feature and improve the overall quality of it.

If this is effect of DLSS then I don't need expensive GPU for it, I can just take my glasses of for free and get same results.

“at that resolution you will run this at highest settings :) [slope unblocked](https://slopeunblocke...” - Philomena 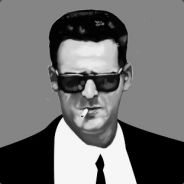 As always, upscaling is upscaling, regardless of how fancy tech behind it is and as one would expect, upsacling has issues due to loss of sharpness, potential jagged edges of ropes, wires and other stuff. And other stuff we already saw with Final Fantasy 15. Which is why I would just pass on it.

That is unless you would need to drop resolution anyway. In which case, it might be better. Though I haven't exactly seen any comparison yet, since I think FF 15 only allows DLSS at 4k.

This is just a show of, how bad idea, it was to get the RTX serie...
Much more neutral color without DLSS, and even better at general look :)

Waste of money to go for a RTX serie. Im surely gonna wait for one of the two upcoming, series of Geforce GPU's

Until today i called this blur, i'm ok to call this DLSS now :)

is this a scam from nVidia or what? why does it look so much worse with dlss on?

DLSS OFF looks much better, sharper

DLSS aka "the vaseline effect"

So basicly Dssl Makes everything blurry .

I was going to write that, I can do the same thing on my Fury X in any game. I should just run 1080p on my 1440p monitor and it will all be dandy right! That fps increase was really great for my 1440p monitor :P It isn't quite that bad, still better than doing that but it really isn't that impressive.

If this is effect of DLSS then I don't need expensive GPU for it, I can just take my glasses of for free and get same results.

dlss - nvidias option to brag about running a higher resolution while actually having a softer image.

I have 900p monitor and the refresh rate of it is 60,if i get RTX 2060 can i play the game with raytracing on Ultra and DLSS on and get a decent fraps?

RT on High and no DLSS. Maybe High settings and you can make 60 most of the time (indoors scenes seem to run pretty well, outdoors it's pretty demanding)

why would you want it? it makes worse picture, to get a few more fps.