In a sign of the times, Paradox has launched Paradox Mods, a new independent platform designed to provide mods outside of the Steam ecosystem. "Steam mods will only serve Steam users, and we have a growing percentage of players that buy their games from elsewhere,” says Anders Törlind, from Paradox.

Paradox Mods is being touted as the first-ever open modding platform that allows the distribution of mods across multiple platforms, launching with both PC and Xbox One support. Unlike Bethesda’s efforts, there’ll be gatekeeping at play here. Users are free to upload whatever mods they want to the Paradox Mods platform and they’ll be usable regardless of platform or PC gaming client.

“Modding has been, and remains an important part of the Paradox community. As we have diversified the way we distribute our games, we want to make sure all our players can take part in the creation process,” said Törlind. “For Surviving Mars, we have worked with mod creators to support Paradox Mods with some of the best mods available, all in one place and downloadable in-game or simply using a web browser. We really look forward to unlocking the world of modding for all members of our community, regardless of what system they are using to play our games.”

Up until now, modding for Paradox titles has basically been restricted to the Steam workshop. Törlind expresses it as being “Steam exclusive”. It’s a system that worked up until now, but splinter ecosystems and multiplatform support mean Paradox now views the Steam Workshop integration as outdated. Valve’s stranglehold over the PC market isn’t what it once was, and it’s beginning to show.

Surviving Mars is the first game to support the Paradox Mods system and can be opened from within the main menu by looking into your Paradox Account and opening the mod manager. From there you can browse the available mods and automatically download them. 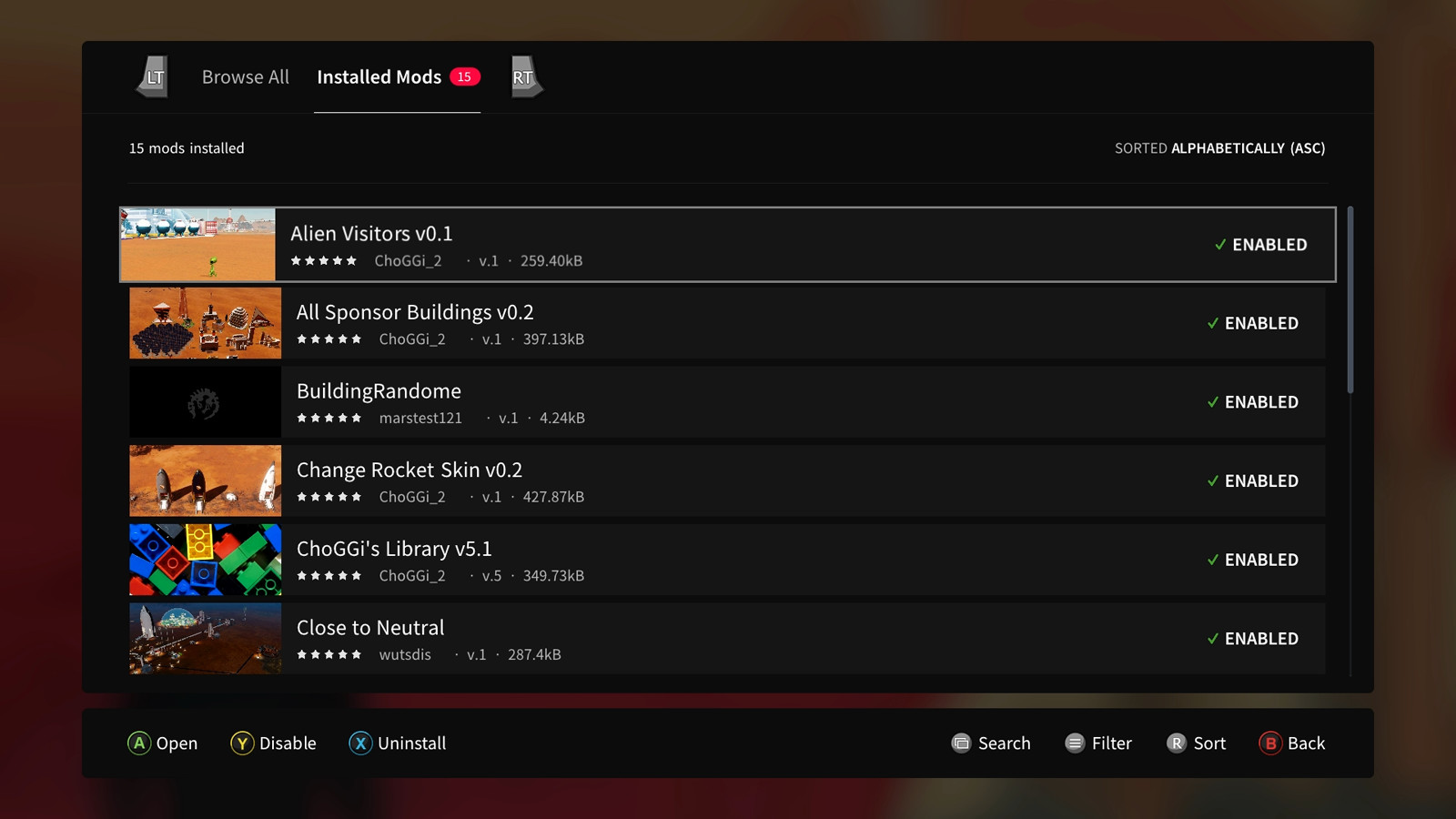 For the mod creators, the process is pretty simple. They make the mods exactly as they did before but rather than submit them to the Steam Workshop they’re submitted to Paradox Mods. They’re then taken and automatically distributed across every available platform, no extra work required. At the moment Paradox Interactive has said it doesn’t have plans for modding tools on consoles but it hasn’t ruled out the potential for this at some point.

In addition to the mod support, the latest update for Surviving Mars has also added mouse and keyboard support for the Xbox One.

I very much dislike Paradox's modell of releasing unfinished games and selling core content as dlcs but their mod support is really commendable.

i dont know, steam workshop does everything i need.

Then I need a lot more than you do XD

How does steam workshop not work well? Uploading to it is a matter of how devs create the upload application and you download and install a mod with a simple click on the subscribe button. Automatic updates as well.
Back when I played minecraft I'd like to have a steam workshop for it, manually updating those mods take some time.
And if you talk about content wise, I don't know, depends on the mod dev. Starbound for example has many mods available from their forums, almost all of them have a steam release.

It's a problem with mods that don't behave well without being configured. And mods that you'd like to configure properly to work properly... The devs are NOT allowed to have configs, otherwise, they would have like they do when you manually install their mod or through a mod manager. Simple =/= good, not at all. One click per mod causes me more problems and time often times than configuring each mod individually...

By Nexus Mod Launcher do you mean the Nexus Mod Manager? I can only talk about it Skyrim-wise but the NMM is a terrible choice of a mod manager, stick to others if there are any available.

Yes, I meant manager, oops XD
It's miles better than steam, but yes there are other better ones now that I've been using as well, but if it's at least as good as NMM then I'm gonna be happy.

Some of the most frustrating moments I've had gaming wise were spent in the NMM. It's trash. Compared to Steam where you just click the subscribe button and have it install itself on it's own, it's miles better and you get to gaming faster.

Again, I can only talk about my experience with modding Skyrim. With that said, NMM is far better than Steam regarding mods while being a terrible mod manager at the same time.

Well considering that the moment you exceed around 15-30 mods on steam just about any game becomes unplayable... Also, even maps are annoying... outside Valve's games. Company of Heroes 1 and 2, Age of Empires 2, Game Dev Tycoon, SS3, TES, Fallout, EU4, OMD2... all of them... it's easier and much more successful to install mods manually than to rely on steam's horrible "one-click", no config or anything bs... -_-
on NMM I've had hundreds of mods at the same time in DA, TES and Fallout games and I've had 0 problems... takes about 10-15 minutes to learn and then it's just as easy as steam, but you actually get to config most of the mods and as FredyPt said, it's one of the worse mod managers.