Up For Debate - Which Game Series Have You Had Enough Of?

In a world where money talks, sequels reign supreme. Like it or, people love nothing more than queuing up in their millions to play a slightly different rendition of what they’ve played before.

But almost everybody has a breaking point. A singular moment at which tedium the tortoise races past hype the hare. Some of our most beloved series can be battered into the ground by endless sequels, poor decision-making, or chasing after The Next Big Thing™. Game series that we used to love become something we roll our eyes at. Familiarity breeds contempt, much like bestselling media products spawn sequels.

It’s a perfectly human reaction to boredom. At this point, the healthiest thing to do would be to stop playing these particular games, although we’re probably all guilty of giving a series ‘just one more chance’, engaged in the sort of Stockholm Syndrome usually reserved for Destiny players. Games publishers are smart about it as well. They’re probably as sick of releasing some of these games as you are of hearing about them. But a careful setting change here, a few new mechanics there; some nostalgic nods to earlier outings. They know most of us will come crawling back.

Not everyone does though. Even amongst our favourite series, eventually, we’ve had enough. In the short term, we merely wish for more of what we love. Longer term, the cracks begin to show. A lot of you have said loud and clear you don’t want annual sequels, nor do you want these sequels to be rushed. Yet publishers keep making ‘em.

At the risk of going a bit downbeat for a moment then, we want to know which game series you’ve loved and yet all that passion has fizzled out, from the great to the humdrum.

I’ll get things going with a couple of mine, both of which happen to be Ubisoft franchises. The first one is Assassin’s Creed, a series which I found pretty damn disappointing right up until Black Flag. This kickstarted my fandom and I played each of them up to Assassin’s Creed Odyssey, but now I’ve just had enough. Assassin’s Creed Origins was, I think, probably the best in the series yet. It refreshed the formula a little and deepened the experience. And then AC Odyssey came along months after I finished Origins. Too much, too soon, and it’s killed my hype for future games in the series.

The second one is Far Cry, which is a bit of an odd one. I loved the original, and 2, and found Far Cry 3 to be pretty decent. Yet every Far Cry game since 3 has been a reskinned version of the same game. It’s boring, to be honest, and this series has long since left me behind. They’re all probably great individual games, but not if you’re planning to play all of these identikit games. They’re the sort of games where I can feel my mortality ticking away as I trudge over to yet another outpost or collectible.

So what are yours then? Are there any game franchises which you used to love but you’ve now grown tired of? And what can they do to tempt you back in? Let us know below! 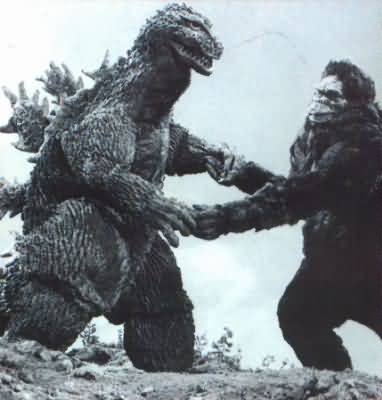 Call of Duty, you flew too close to the sun. Sim City gets a knighthood, but with an asterisk due to claims of inappropriate conduct in later life.

New Dawn really feels like a re-skin of Far Cry 5, and yet I am lapping up the co op like a hungry wolf. It is just another packet of bite-size, meaty chunks of fun.

Call of Duty series for sure, the last thrill i had with COD was MW3. Not so sure about Battlefield as i think they have better story & animation.
Both Far Cry & Assassin's Creed got my attention with every new sequel but the problem was allocating time to play. I only have weekend to play due to 8-5 daily routine. One week skip those games and i barely have the mood to continue

The yearly and biennial released games.

Call of Duty. I downloaded Modern Warefare 4 this past weekend since it's one of the free Playstation games this month. Turns out they put loot boxes in a remaster. Disgusting. Uninstalled immediately. Goodbye COD. You were fun 10 years ago.

Of course there are exceptions but pretty much any game that has more than 3 iterations, assassins creed, cod, battlefield, far cry, as of now fallout series, need for speed.

Assassins creed. I have finished the first trilogy with ezio and stopped. To me the other assasins creed were just a different themed game, not a better game.

I still play assassins creed series. To be completely honest, i play newer releases than ezio series is because i can buy it, but i would never buy it for full price, heck even now with "alternative way" im not so keen on trying ac odyssey...

Other than That: Fifa, NBA, Battlefield, Battlefront (From EA) and Fallout (By Bethesda).

Just really interested as to why you think that.

Well the main reason for me is that it hasn't really changed much since it started, other than its looks. You still go from left to right, jump and shoot and a lot of the time fight the same exact enemies (be it the same boss or one that has similar attacks). There's always a boss refight at the end, its always Dr. Wily thats the bad guy. The only one that tried to be any different was the RPG game a while back. I think I even heard a video extolling that series is the same from 1987.

Assassin's Creed, Far Cry, Battlefield, Call of Duty - all of these franchises are utter trash atm. Greedy cash grabbing MTX with no immersion at all.

It is pretty hard to keep stuff fresh. But if the quality is maintained, potentially, you can keep going. I find taking long breaks between installments helps.

Ive had enough of: Battlefield (i play it from time to time but less); Assassin's Creed ( Origns and Odysay are not my type, I still play them but they do not feel like the rest of the series); i bought far cry 5 but i still havent finished the game and pretty much this is it. FC, AC and BF.

i get it, many people want changing games but i just love the classics, and when the classics are extremely good i expect the new games to follow the classics unlike BF,FC,AC,COD and many more i can't think of right now
i completely agree with u my friend

No!!! Why stop? You should keep the series going as long it is performing. I dont see any reason to stop a franchise without any reason!! Rubbish.

For me, any game series that has annual releases and doesn't even try to innovate but instead shows less and less artistic value and more paywalls

To be honest, most 'series' are f*cked, only original IP's have any real value any more to me.

"Which Game Series Have You Had Enough Of?"
Every single 3rd party triple A game that decided "games as a service" and "microtransactions" was a good idea.

FIFA....same every year since early 2000's
also far cry, AC, COD and BF should take a break some years

AC if it's going to be a borefest like Odyssey and Far Cry if they are going to be as unoptimized as New Dawn.

Far Cry,more of the same in every game since FC 3.