Having sidelined into fantasy with Warhammer for a while, Creative Assembly is back to its core philosophy of historical warfare with Total War: Three Kingdoms, a grand depicting of the warring nations of Ancient China. It'll be waging war on your PC come May 23rd, 2019, and here are the PC specs you'll need to play Total War: 3 Kingdoms.

Creative Assembly, as ever, has been immensely thorough with the provided system specs for Total War: Three Kingdoms. They've covered just about everything from the absolute minimum spec iGPU requirements, up to 1080p/Ultra. Unfortunately, CA hasn't gone so far as to provide us with 1440p or 4K system specs, although we'd imagine you'll be moving up into RTX 2070/Vega 64 territory for 1440p and RTX 2080/2080 Ti/Radeon VII for 4K.

In terms of what we do have though, Total War: Three Kingdoms looks as if it'll be immensely scalable, which should help those who want to wage war on the go. A relatively simple Intel UHD Graphics 620 iGPU will suffice to playing at Low/720p. It won't look pretty but it should play well enough, and the tactical element is usually the biggest draw with Total War once the snazzy visuals wear off.

Interestingly, the recommended specs for TW: Three Kingdoms aren't even targeting 60fps, which is a little controversial. High frame rates aren't massively important in a game like this though, and a 4GB video card such as the GTX 970, R9 Fury X, or the R9 290X, shouldn't run into too many problems. Total War is normally very CPU dependent though, so if you're chasing 60fps then a nice, high-clocked multi-core CPU is going to be a must.

Performance-wise, we're actually expecting TW: 3 Kingdoms to excel for a Total War game. Creative assembly has moved away from the performance-intensive MSAA form of anti-aliasing, using Temporal Anti-Aliasing (TAA) for Three Kingdoms. This shouldn't sacrifice much visual quality while it also should provide a decent boost to frame rates when compared to MSAA.

We've also got our Total War: Three Kingdoms predicted FPS and system requirements to check out, using data from previous Total War benchmarks and the improvements Creative Assembly makes with each outing.

With such detailed requirements, I'd say they might actually be accurate. Hmmm, nice.

this site says the ryzen is 40% better lol

Yeah it is a lot better, guess they must have their reasons??? 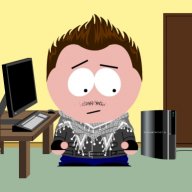 i think they optimised the engine for intel and nvidia. Like ARMA

With such detailed requirements, I'd say they might actually be accurate. Hmmm, nice.