The Best and Worst of Gaming April Fools 2019

Another year, another barrage of April Fools madness that has us hastily checking what's real and what's not. No one wants to suffer the fate of reporting an April Fools as as news, no siree.

I can barely stop my slides of splitting at all the tremendous gags we’ve had circling today. /s. Here we’re going to celebrate not just the best of April Fools, but also the worst, because we all need a good laugh sometimes. And now, in no particular order:

Corsair, to be fair, absolutely nailed it with their April Fools gag. The Corsair Game Launcher is a launcher for games launcher, ticking all the necessary boxes of software bloat, digital currencies, and loot crates.

Ubisoft couldn’t help themselves either, going a step further and adding those pesky Rabbids to For Honor for one day only. Let’s face it, who hasn’t ever dreamed of being a Viking and carving through swathes of Rabbids. You’ve still got time if you make it quick. 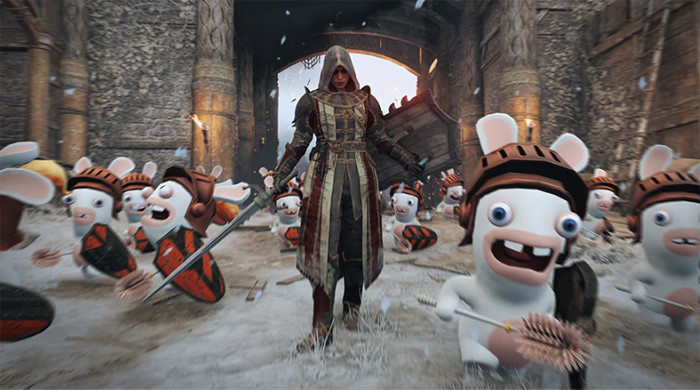 We couldn’t let April Fools go by without having one of our own of course. Or is it…. Say hello to G-DRM, the ultimate web-based DRM solution.

Reddit’s Anthem subforum has had a bit of a makeover. BioWare is clearly dreaming of bigger and better things, with r/AnthemTheGame kitted out with The Division 2 artwork. And r/TheDivision2? Well, they had the sort end of the stick for once.

Look, Nvidia certainly put the effort in with their elaborate attempt at AI. One gag about trolls not bathing aside, this one is more of a worrying peep into our AI-powered future.

Credit where credit's due though, CA did create the ugliest website I've seen this side of the millennium. In fact, it's so ugly it's almost circled right back around and become beautiful. 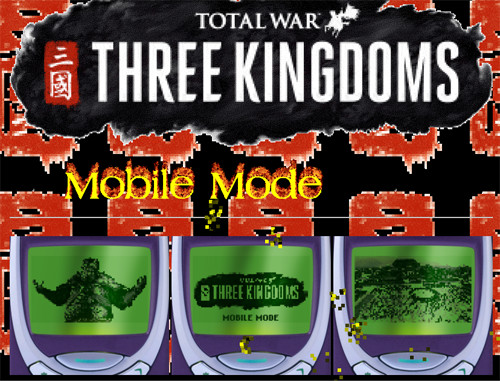 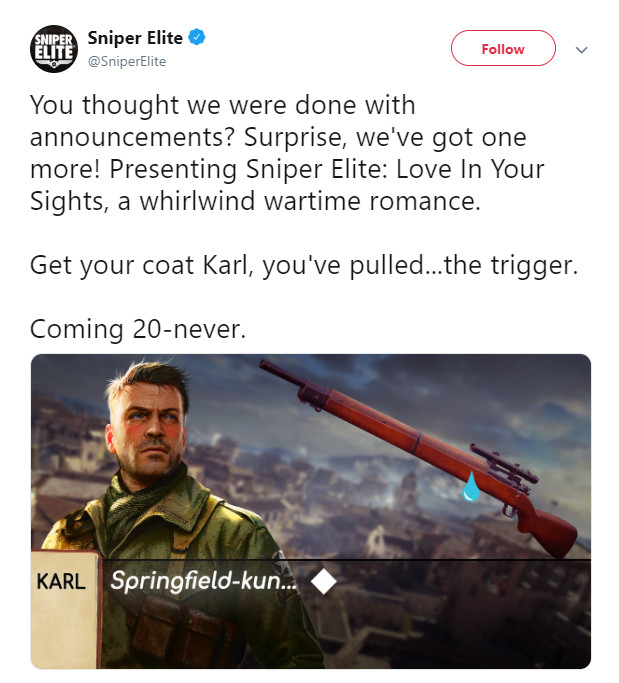 Anyone game for yet another Half-Life 3 rumour? TweakTown has you covered. Half-Life 3 is free, apparently, and it’s coming exclusively to the Epic Game Store. Don’t believe the lies.

PlatinumGames did that terrible thing where they announce a joke which everyone wishes was actually real. With a name Chief Executive Omni-Weapon Ken-Ichi, who wouldn’t want it to be legit? High stakes business simulation action from PlatinumGames, zap us to that alternate timeline, pronto.

PlatinumGames presents a thrilling new original title that'll give you a run for your life... and your money! This April 1, witness the birth of a lustrous new hero! pic.twitter.com/aR5L6MmwkR

Over on DSOG they had the unveiling of Crysis 4, developed in Unreal Engine 4 and coming exclusively to the Epic Games Store. D-Minus, must try harder.

And look, the longer I go on, the lower the quality dips, so here are a few abbreviated 'highlights':

And a shout out to Reddit's r/games, which didn't do an April Fools but instead closed down for the day in order to shine a spotlight on toxic elements of the gaming community. There's a lot of hate and discrimination around these days, so this was a nice touch to give the issue some focus and send a nice message for the importance of a positive gaming community.

Do let us know if you've spotted any other April Fools on your travels across the internet as we're sure to have missed plenty! Which has been your favourite this year?

at first I thought this guy is not funny from the way he talked, but then I saw how much effort he put into this xD and then he pissed on the test rig xD than you for sharing this :D

Lol he truly went above and beyond there

/r/games was the worst. A bunch of hate baiting against gamers. Even the comments they chose as the worst comments simply weren't bad. Btw, if you want to promote inclusivity you don't do it by showing off the bad the community has done, you show off the good and don't mention the bad at all. Oh, wait, because stories that restore humanity don't get clicks.

Take your hate elsewhere buddy They talked about jerking off to drawings of children, banning muslims from using the internet, whitewashing African history, calling people faggots, blaming Christchurch on multiculturalism and not some basement dwelling gamer f-k up, saying Nazis weren't so bad, calling someone a 'n----er', the list goes on.

And you say even the 'worst comments simply weren't bad'. But you do take offense at some poor racist, homophobic, islamophobic, paedophile gamers being shown the door. Nice priorities I guess. Try that here and you'll be banned, it's pretty simple.

First of all, I've never promoted hate of any kind, and not about to start now. The list goes on stuff, well guess what, here in the US we have a thing called Freedom of Speech. Reddit, just like Facebook in this regard, loves to use it both ways. One day they're a private company and they can ban anyone for saying anything. The next day their an open forum and not responsible for what's posted there.

As for the comments, well, I won't stand up for them. On the other hand, one simply made of Anita S, another advocated freedom of expression, another talked about boobs in DoA, and one comment was about a funeral and the Epic games store. I didn't read them all, so I don't know if there were worse.

That being said, and even if they were justified in removing those posts and banning those posters why dredge them up and show them off if not to hate bait.

Lastly. My main point was that they could have done a much better job by simply showing how good the community is. How's it rallied together for some good causes. Gamers aren't bad. For the most part we're good people that strive to help each other out. Just look at Game Debate. The vast majority of the folks here are willing to bend over backwards to help their fellow gamer with all sorts of issues, regardless of race/sex/religion/nationality/gender/sexual orientation.

I'm purely zeroing in on the statement that the comments weren't bad, when plenty clearly were. Some were a little trivial.

Whether it was right or wrong to highlight it is.... A big topic that I don't think will benefit us discussing. Reddit has different rules for different subs. But, the point being is there are people out there saying these things and they're growing in number. It can be ignored or it can be highlighted, I don't think there's a perfect solution to this, but ignorance is not bliss in the long run.

Did not mean to cause offense but having read through every highlighted comment I don't view them as defendable.

I hear ya, Jon. I just wish there was more stories about how gamers can be awesome instead of all this B.S. about how toxic we are. The problem is that toxic people are never going to change, let alone change because someone told them "be better". There's too damn much good in the world to spend all your time focusing on the bad.

The story is about good. You are focusing on what they shutdown instead of them doing good by shutting down for a huge forum of negativity for a day to bring attention to the negativity that goes in in Hope of a change.
Comprehension is key, people.

Riot didn't release cats vs dogs for april fools only... it's a 3rd year now and that's a VS event and the most ****tiest of them all
the troll they did on the other hand was that they disabled the all chat for a day.. so whatever you typed would be translated into woof woof or meow meow

How did you miss this?!

Grinding Gear Games and Digital Extremes have fused together to release Path of Warframe, giving us a useful chart to know how to play it. https://www.pathofexile.com/forum/view-thread/2479098

Honestly, it took me only a couple of minutes to pass through the G-DRM prank using Inspector.

"If you pull my trigger so hard im gonna shoot out my load, ahhhh"
Is what a gun would say... maybe

"Cock this and I'll discharge a load for ya!"

this was also funny to some extent
https://wccftech.com/intel-xe-unleashed-gpu-lineup-leaked-xe-power-2-flagship-graphics-card-roadmap-and-more/
they should have gone with Navi though

They went all-in didn't they lol, that's quite in-depth