By now you’ve probably seen the pictures of one of the most iconic Parisian landmarks going up in flames. A large portion of Notre-Dame cathedral has been gutted but have no fear, some billionaires have got together and donated hundreds of millions of Euros to the world’s richest religious organisation in an effort to get the monument rebuilt and restored. But how will it all be done? Well, it turns out that a helping hand could come from an unexpected source - Assassin’s Creed.

Notre-Dame de Paris is one of the central landmarks in Assassin’s Creed Unity and was painstakingly recreated in digital form. It’s a near one-to-one digitised version of Notre-Dame, and the single largest structure to be found in AC Unity. 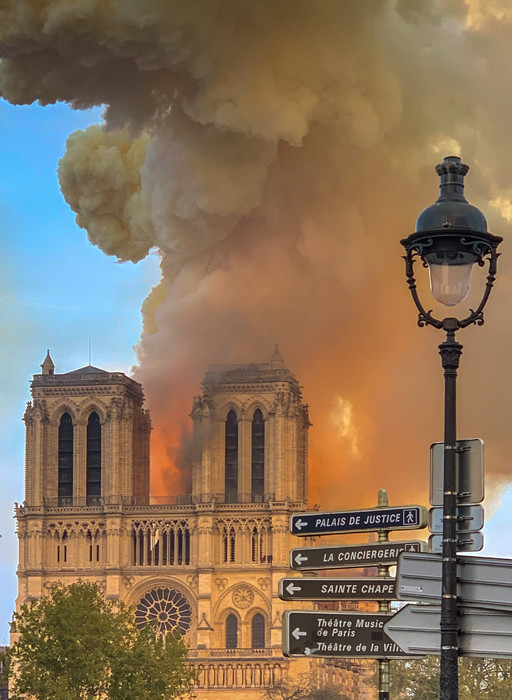 It took two entire years to model this cathedral alone, with level artist Caroline Miousse explaining 80% of her entire development time on Unity was spent making Notre-Dame look as accurate as possible. The cathedral was recreated down to the placement of each individual brick, as well as all of the paintings that were actually hanging on the walls. 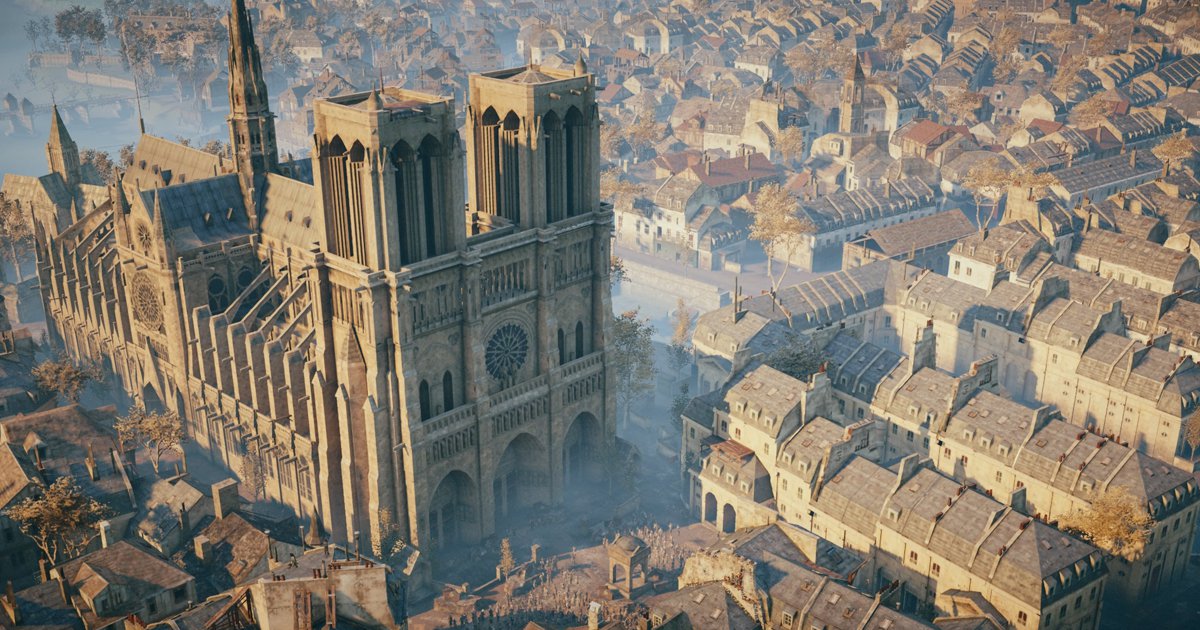 And all of that hard work could now find an alternative use, standing as the most accurate rendition in existence of a decadent building that is now ravaged by fire.

Ubisoft’s involvement has yet to be confirmed, but a number of parties are allegedly interested in lending their expertise to getting Notre-Dame de Paris looking exactly as it should, including Ubisoft with AC Unity and historian Andrew Tallon, who used lanner scanners to map the cathedral in three-dimensional space. Tallon’s work is accurate to 5mm, so between that and AC Unity, the restoration project has a strong base to work off.

Ubisoft are giving away AC Unity too, you can find more information HERE.

Imagine if on AC Unity there were some graffity written in the walls of the cathedral and the workers to copy those graffity. Ubisoft helped us reconstrced the notre dame

Probably we will get a secret quest when we get to the Dame?

One of the few I enjoyed Unity & a gr8 change from what came before, I hope it is used as climbing over Notre-Dame out & in was fab. Good Luck with the rebuild. Kia Kaha Paris.

i hope the glitches aren't included

They are giving AC Unity for free right now
https://news.ubisoft.com/en-us/article/348227/supporting-notre-dame-de-paris?fbclid=IwAR0FiPKkdfiaMEkfPkbbDM_2evQQ1ViBX-gmY9Q-_rci6rQHiVVa84mqcxE

Does AC also have some old european "pagan" temple models that could help build all those that were destroyed by the christians? That would come in handy lol

are you european pagan ?

I'm just some dude who doesn't care about any sort of religion. Thing is that the christians didn't care about the european culture and heritage, and in fact destroyed basically all there was, including those people who refused to convert. The fire is quite sad for the stunning architecture, but from a symbolic standpoint I couldn't feel any pitty for the christian church.
Just seems pretty hypocritical when looking at the bigger picture.

i get where you are coming from, i don't care much for religion either. But you have to realize that notre dame is much more then just a church. It's a 900 years old building that took 200 years to build, had a huge influence on french history, and is a huge architectural feat for it's time. As much as we don't care for religion we still have to admit that Christianity helped shape the Europe we know today. And that Notre dame played a big part in shaping western Europa's culture... and most importantly.... we can't leave poor Quasimodo homeless.

I don't know why this answer has so little likes

because Roley already wrote that before

Oh! When i wrote this comment, Roley didn't wrote anything about Free AC Unity.

Ubisoft are giving away AC Unity too, you can find more information HERE.

I think actual reconstruction will be a lot based on well-made plans from the era of previous reconstructions;
value of Assassin's Creed will be most likely in textures and their resources, because the visual part is not usually that well covered in architectural plans

Heavily underrated game.Weak story,but the gameplay was top notch - buildings,environment,combat.And i never did i experience any kind of bug or glitch through the game and the DLC.Still wondering why all the hate toward the game!

My main problem is that it ran like **** and crashed all the time, and second, story for AC game is one of the most important things so I lost my interest fast sense it is what you already said, "weak".

Most of the hate came because of the technical issues (low FPS, a lof of bugs on launch, endless crashes...)