UPDATE: Remember that Warner Bros DC live service game that was rumoured last week? Well it now looks as if it’s called Outlaws, and it’s going to be the new title from none other than Rocksteady, they of Batman Arkham fame.

The previous link had intimated the new game would be tied into Suicide Squad; judging from the name this would seem to be the case.

Warner Bros is expected to begin its marketing push for Outlaws this very week, with a world premiere trailer expected to take place this Friday, April 26th. We’ve heard no confirmation on that just yet, but we’ll keep our ears close to the ground. 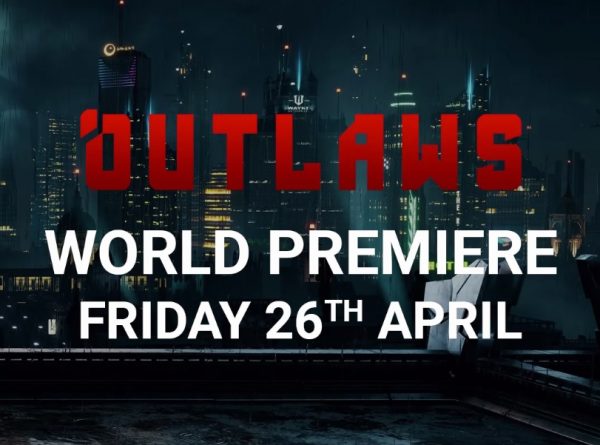 Rumours have emerged that Warner Bros Interactive Interactive Entertainment’s new game will be a live-service Suicide Squad in the vein of Destiny and Anthem. It’s an idea so devilishly obvious, we don’t know why we didn’t think of it before. Let's just hope it's got nothing to do with that Suicide Squad movie.

The leak itself comes courtesy of 4chan, so treat it with as much respect as you think it deserves. However, the leaked document is in exactly the same format as the Mortal Kombat 11 leak some time back that ended up being 100% accurate. Noted games mole Jason Schreier has also hinted this is legit.

So with the small print out of the way, here’s what WB Interactive could be cooking up. The Suicide Squad game will be based on DC Comics superheroes and villains, set across multiple iconic locations and featuring an all-star cast of characters.

The leak alleges a reveal of the game will take place on June 4th, one week before E3. We’ll get a CG trailer for the reveal, showing Ra’s al Ghul and a number of other villains in Gotham City. Gotham will be the first playable area shown, with the press getting a chance to go hands-on with this large hub-style area during E3 and E3 judges week.

The leaker also alludes to the possibility that Star City will also be revealed during a libe game presentation at E3. Star City is most famous for being the home of Green Arrow, so it sounds as if he may potentially be a playable character.

In terms of the game itself, it sounds very much like just about every other looter shooter that’s doing the round these days, perhaps minus the big focus on the shooting itself. There’ll be city hub areas to explore, online multiplayer with co-op, a focus on team work, custom builds, superpowers, and loot, as well as multiple storylines to explore. As a live service game, the untitled Suicide Squad project will also get a continuous stream of new scenarios, storylines, raids, and locations. 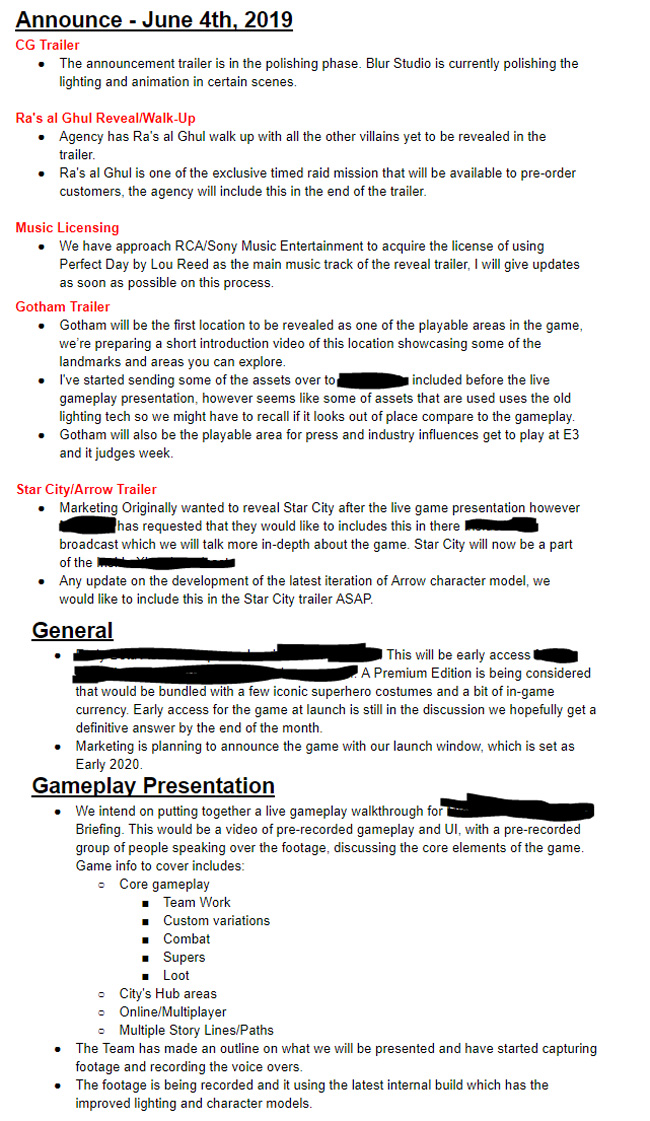 Suicide Squad is expected to launch in 2020.

The teases don’t end there either, with Rocksteady and WB Montreal both allegedly at working on multiple new DC projects, including a new Batman game. It’s unclear which studios specifically will be lending a hand with Suicide Squad, although these live service games tend to need all hands on ship so it seems unlikely there's a ton of projects going on simultaneously.

Judging from the wording around this leak, it does look as if it's nothing to do with Rocksteady though, so whatever they're cooking up is probably a totally separate DC product. It's been a good three years since Batman: Arkham Asylum launched though, so you'd have to think they're going to be ready to show their hand soon.

This is going to be monetized to hell and back. No thank you. T2 want's a looter shooter too. I guess they're now "in". Addictive though not as fun if you ask me, and extremely easily monetizeable. AAA dream title.

DC Outlaws is expected to be an online co-op multiplayer experience....

I thought suicide squad movie was good. Aquaman even more so.
Wonderwoman was meh, ridiculously overhyped; Gadot fit the role but still isnt a very good actress (yet). But she was ok, the movie wasnt.
Every other DC movie I agree was disappointing. Especially compared to the MCU.
Back on topic, I have doubts WB can make a good live service game.

Where is the puke button? This is a cash grab if I ever saw one

maybe for you but I think it is interesting. I am definitely looking out for it.

That's the thing it could be a great game, but a looter shooter like destiny? Nah... And they are focusing on the live service, so if it's anything like Destiny 2 it will suck big time.

Wait so, we 'll be able to play both as heroes and villains?

THE GREED AND THE DOWNFALL STARTED FOR THE WB GAMES... 2ND COMPANY LIKE EA ACTIVISION BETHESDA

I thought they were working on the next batman game, oh well.

This is a different Studio ..read the article thoroughly

Oh it's WB interactive no idea why the title says WB games lol.

Oh boy, can't wait to find out what kind of MTX they'll build the game around.

Nowadays whenever I read "live service" I can feel my body shiver slightly.

i am fine if it is like For Honor or Siege

Wait, someone is still playin For Honor ?