Wolfenstein: Youngblood could be shaping up to be much more than a fairly rote co-op version of MachineGames fantastic soft reboot of the shooter series. Executive producer Jerk Gustafsson has been chatting about what’s in store for Youngblood in the latest issue of Official PlayStation Magazine, revealing some surprising comparisons with a Bethesda stablemate - Dishonored.

“I think players will see a lot of similarities to level design in the Dishonored games, so in that sense it can be a little bit different as an experience but it can be for the benefit of the game, especially when it comes to finding different ways of approaching a combat scenario or a mission in general,” said Gustafsson.

It sounds as if Wolfenstein: Youngblood will veer away from the truly linear nature of Wolfenstein: The Old Blood and New Colossus, offering up levels with multiple avenues for approach. The Dishonored games are still fundamentally linear yet offer up sprawling environments with interconnecting paths, sneaky shortcuts, and all sorts of secrets. It lends itself to more varied play styles and also helps to keep things fresh for those planning multiple playthroughs. If any of this can bleed through to Wolfenstein: Youngblood then we could be in for a treat.

Youngblood will be launching for a cut-price £25/$30, although Gustafsson claims this doesn’t mean we’re being thrown a shorter experience. While the amount of story content will be lesser than a typical Wolfenstein adventure, the actual gameplay time should be longer due to the various side activities and quests that can be found out and about in the world.

“Players will be able to stay in the game for a long time. We’ll add additional side-missions and new challenges once the campaign is completed. There are a lot more activities and side-missions that you can do in Wolfenstein: Youngblood than in previous Wolfenstein games.”

Nazi-killing + Co-op + Dishonored = Get it in my veins. Wolfenstein: Youngblood comes to PC, PS4, Xbox One, and Nintendo Switch on July 26th.

I am a simple dude... I read "Dishonored" in this article's title and here i am.

Let me guess there will be base area like lobby from where you chose and launch missions.
I hope not, as i am very excited for this game bec of coop elements

Too scared to even play 2D version of any Wolfenstein game. xD

various side activities, okay...fine, but with QUESTS??? Its almost starting to sound like an RPG.

Atleast now i know that the experience will be different then the previous games AND change my expectations.

jon posted a story trailer instead of a gameplay trailer XD 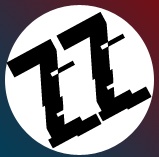 I can see why you're thinking that but anthem came after the first 2 gamaes in which the armored suit appeared, so no, it's not a copy-over from Anthem. I guess it can be a lot more fun know that it has a dishonored-ish campaign, but they said the campaigh should be shorter therefore the gameplay longer, no issure here, might be something new we didn't know we need.

I wouldn't compare even my worst enemies to Anthem buddy, especially not a Wolfenstein title.