Valve has trademarked a new game name, possibly tying into its plans to launch a new flagship game later in 2019.

Speculation is already rife as to what DOTA Underlords could be. It could be a major overhaul for DOTA 2 itself, possibly even an expansion for Artifact. Lord knows Artifact needs a lifeboat to come and grab it spluttering out of the stormy ocean, but would an expansion be enough? 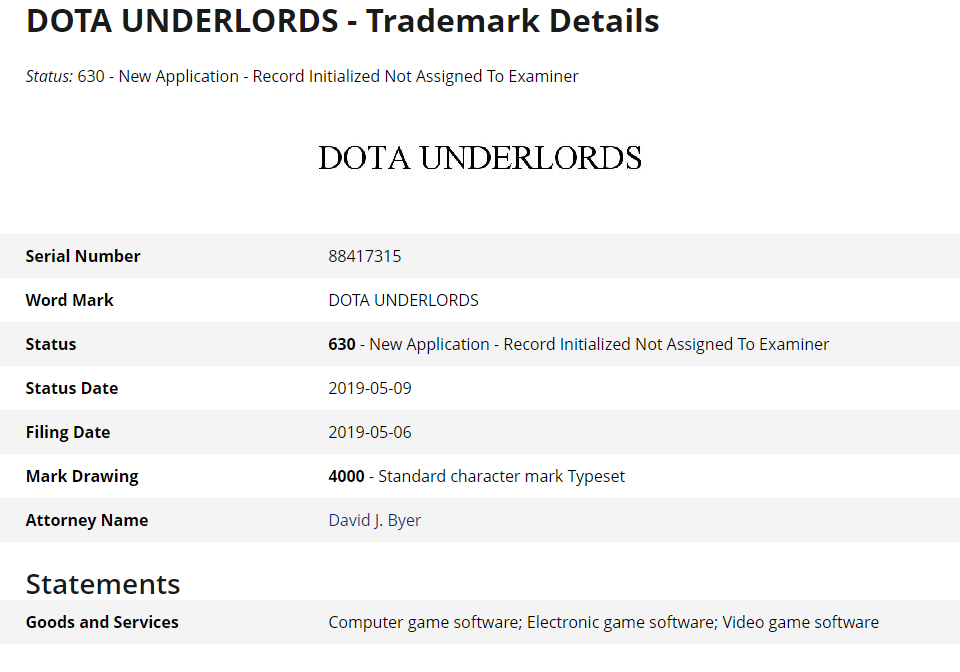 Alternatively, DOTA Underlords could even be a mobile spin-off of DOTA, or perhaps an official version of DOTA Autochess, a mod that's swiftly achieved mega-success.

And the final assumption is that this could be Valve’s touted “flagship VR game later this year”. Creating a DOTA spin-off with VR support definitely sounds like something Valve would do these days, although it remains to be seen whether such a title could be a system seller for VR, or be qualified as a ‘flagship’ title.

For me, DOTA is sandwiched between scrubbing the floor and Ed Sheeran as one of the top three most boring things in life, so this doesn’t come as the most exciting news personally, barring a massive surprise in the direction it takes. Still, there are legions of DOTA 2 fans. Millions of them, and plenty of you are I suspect, so there’s clearly a big audience for some sort of spin-off. It can’t go any worse than Artifact, surely.

What do you reckon could be on the cards for DOTA Underlords? Take your best guess below!

Yeah, because world totally needed more DotA2 spinoffs and they learned nothing from Artifact... Considering first game is card game, I wouldn't be surprised, if second game is DotA2 based battle royale game... Or whatever they will feel is popular and majority of us didn't want. Though for BR, they are equally late...

... as they were for card game. Since that also came a way too late after whole Hearthstone hype. But with it not being great and having questionable monetization, it is no wonder why it flopped. Since instead of some deeper Valve experience, we got most monetizable possible game.

Don't get me wrong I wouldn't mind Valve dipping in something deep again, like DotA based RPG, which could be fun with number of characters they already developed, tied together in nice universe. But those deep, big and amazing Valve games have died off with Half-Life... sadly.

My guess is that it's another card game. -_-