Never ones to let an opportunity for bazillions of dollars to pass them by, Valve has announced it’s working on an official standalone version of the uber-popular Dota Auto Chess custom game mode.

For the uninitiated, Dota Auto Chess uses Dota 2’s roster of heroes for 1v1 chess battles on an 8x8 chessboard. Each of the units fights automatically during a round and it becomes a process of strategising which heroes to bring into your army and when to deploy them. Take out all of the opposing team and you win. Simple. Only it’s Dota, so nothing’s ever quite as simple as it seems. This has opened up some top-level strategies which has seen the mode surge in popularity as a byproduct.

In a blog post, Valve has explained how many of its success stories are borne from playing something they love, created by the community, and then working together. It worked for the original Dota when Valve reached out to IceFrog, and it also worked for Counter-Strike, Team Fortress, Garry’s Mod, and Left 4 Dead, and they’re doing the exact same here with Dota Auto Chess.

Valve saw the ballooning success of Dota Auto Chess and sought to bring Drodo Studio, the Chinese team behind the game, over to the States to collaborate. This didn’t really work out and the pair have agreed to not work directly with one another. Both Valve and Drodo will be independently working on their versions of Dota Auto Chess and will “support each other to the fullest”.

Presumably, money was the sticking point here. Drodo is now working on its own mobile game based on Dota Auto Chess (minus the Dota IP), while Valve will be developing the official standalone version of the Dota game mode.

”We appreciate the great encouragements, support and help that Valve offered on Dota Auto Chess and Drodo’s standalone game,” wrote the Drodo team in a statement. “Valve has been a great company, who gave birth to the Steam Platform and open community like Workshop, enabling millions of players to display their talents.

“Being a fan of Dota2, we have great confidence in Valve’s new game, and expect the next world-class game. In the meantime, with Valve’s support, Drodo will continue updating the DAC mod, and attempt to design new modes and adaptations in our stand-alone game. We endeavor to offer more to you, all the fans that like Auto Chess. Thank you, it’s you that are making this possible. We look forward to growing together!”

Stay tuned then, as it looks as if Valve has at last discovered a way to spin off the immense success of Dota 2 in a manner which Artifact couldn't.

As a auto chess player i am all for this auto chess in dota 2 while its good it has its own problems that are just inherited from dota 2 it self. I though i would like mobile version but its just hard to get used to i guess now i can play it on bluestacks or something since its in google play but i just dont feel like playing mobile game on my pc.

Because f*** what people want, just as long as it is very monetizable with microtransactions... welcome to new Valve, powered by Steam. From all the things they could do and I am not talking about Half-Life, they decide to release crappy monetizable moblie like DotA games no one asked for.

If it was at least proper RPG in DotA universe, you know the big game, I wouldn't mind, I would give it a chance. But this is just another quick attempt at cash grab, after Artifact failed to do so. When they could release proper game, you know ones they used to do and were really great at doing.

No hate, if people like these sort of games then more power to you.

yea, but... HOW MANY MORE??? This is the only kind of games developed for 10 years now! What the hell???
Do something different! Make another Team Fortress-style game at least! Or better yet, the next best single player game ever-Anything that is not card/table games related! 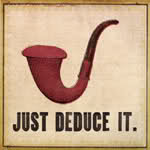 Since the gaming market has shifted more in favour of quick, "mobile" games it's not unexpected that most game companies want to cash in on that market... especially since Valve is one of the few companies left that haven't dipped their toe

Knowing how damn popular Auto Chess is I don't think there's Nobody in that meme.
I really don't understand the appeal of the game mode but apparently there's something really good in it.
Valve is also quite well practiced in taking mods and developing them into uber popular games so who the hell knows at this point.

Well the point of the game is to get tilted until you get in game then to pray to rnjesus to win :D
I play auto chess its quite fun its not grindy like other card games that you have to play godzilion games to get that deck that you like its just get in for match or two have fun and be on your way to do something else.

I can't argue it's bad when so many people are enjoying it and playing, and I won't because I'd be wrong. I have tried watching a few streams by few different people but I could't for the love of me understand what the hell was going on and it genuinely looked so damn boring that I couldn't bother even watching. I came to the conclusion that the game is definitely not for me.