As we’ve come to expect from a new Call of Duty reveal, Activision’s publishing fluff is about as hyperbolic as it comes. The final game will inevitably be a fast-paced multiplayer shooter set in compact maps, while the single-player will be a linear mix of close-quarters and long-range shootouts. Still, let’s allow Activision to have their moment for now, who claim Call of Duty: Modern Warfare “pushes boundaries and breaks rules the way only Modern Warfare can with an edgy, culturally relevant and thought-provoking single-player campaign.”

COD: Modern Warfare welcomes back a solo campaign then, after it was unceremoniously dumped for Black Ops 4. Players will take part in a range of cover operations alongside international special forces and freedom fighters, trekking across iconic European cities like London, as well as expanses of the Middle East. Calling Captain Price ‘iconic’ and a ‘personality’ sounds a bit of a stretch, but the Modern Warfare stalwart will be back in action for this reboot.

In a big change for the series, Call of Duty: Modern Warfare won’t have any season pass. All post-launch content such as maps and modes will be available free of charge. A similar tactic definitely resulted in less content for Battlefield V, but Call of Duty is a consistently more popular series and probably stands to make a fair chunk from cosmetic microtransactions. There’s also going to be full cross-play between PC, PS4, and Xbox One, which should be, er, interesting… PC gamers will surely wipe the floor with gamepad users, so we’re keen to see exactly how this shakes out. Still, better together and all that, and it looks as if cross-platform multiplayer is rapidly becoming an industry standard.

Call of Duty: Modern Warfare comes to PC, PlayStation 4, and Xbox One on October 25th. 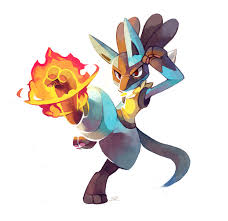 Screw the haters. The $ is back and that reason alone already makes this game great!

Not exactly, but I wouldn't mind if it was.

continuation of the modern warefare story, or a different scenario of the previous story, (captain price might've been killed in the series, cant remember)

WE ALL WANT SINGLE PLayer

captan price is back baby

The Modern Warfare series has always been my favorites of the Call of Duty franchise, the others, especially recently, have not interested me at all. So i hope they will bring it back in a good way, a good campaign, and a nice current day multiplayer. ( no WW1/WW2 or futuristic stuff)

i mean u had SAS vs Spetsnaz and US Army vs Russia (correct me if im wrong) and no cosmetics. it was simple, u go in a match everyone looks like a squad.. not like nowadays where u enter in a match and random guys with skins like unicorns run around and stuff...

There were weapon skins, but you could just earn them by playing, you couldn't buy them, which was great honesty.

Lol! A CoD game that I'm actually interested in. GG

my memory dosnt serve me well, is it not ghost in mw2?

Yeah but it's a reboot of the series so they could bring any character back from either of the three modern warfare games.

What i don't fully get, will this campaign resemble CoD 4? or all the MW games? or will it be completely standalone, and a new story?

I'm assuming that the multiplayer will be all new, with maybe some re-booted maps from older Modern Warfare's. but no word on that yet.

I think it's what they call a "soft" reboot nowadays. So same/similar characters but with a different story.

I loved Call of Duty campaigns back in the day! IMO, CoD at the time managed to create some of the most remarkable characters in games.
This better return the franchise to its old glory, but I am waiting for more details before throwing money at it.

Remarkable characters? They're all literally the very definition of a tough, masculine and patriotic soldiers and evil world dominating terrorists to fight with. Not necessarily bad but not remarkable in any possible way whatsoever.

Hype, hype, of the campaign alone is good I'm buying it.
They said that they are going back to CoD4 style grounded, realistic campaign style and I'm very happy.