We've already taken a look at the Best Games of E3 2019 and now it's time to take a look at the best surprises, most exciting live showcases, and the peak of graphical perfection.

These are the moments that truly wowed us at E3 2019. Each of these awards is targeted to the games, announcements, trailers, and shows that helped to make E3 2019 feel a little more special.

You were busy voting on your favourite E3 2019 press conferences as well in our GD community vote. Out of eight showcases you've crowned a unanimous. It ended up a total landslide, to be honest, so commiserations to any publisher which couldn't afford Keanu Reeves.

Congratulations to all of the winners, and read on to find out which publishers and games scooped up the remaining awards. 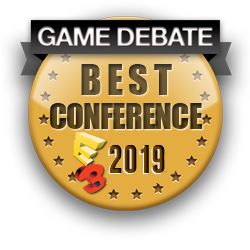 The best conference at E3 2019, as voted for by the GD community. Microsoft knows a thing or two about slick presentation (Just ask Mr. Clippy) and its Xbox conference was a cavalcade of 60 different games and announcements. There was something for just about everyone here, although we suspect Keanu Reeves coming on-stage to announce the Cyberpunk 2077 release date just about sold the show. A cheap trick but one that works, he's one of the hottest names in Hollywood right about now. Aside from that, we also got a look at Halo Infinite, Project Scarlett, Bleeding Edge, The Outer Worlds, a stunning new Flight Simulator, Tales of Arise, Elden Ring, and more. 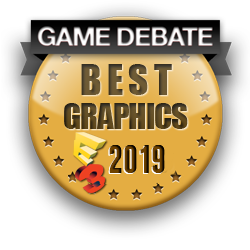 We often scoff at 'the power of the cloud' but Microsoft Flight Simulator is an impressive demonstration of how the technology can be leveraged. Microsoft's Azure cloud streams in more than 2 petabytes of geographical data, recreating in the entire surface of the Earth in staggering detail. Be sure to check out the in-game trailer for Microsoft Flight Simulator as it really is something to behold. Flight Sim fans have been starved for the past decade so this shaping up to a real treat. 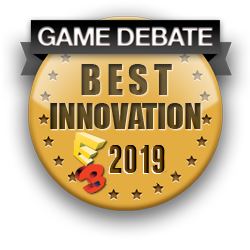 To be honest, we weren't expecting Watch Dogs Legion to surprise us whatsoever. Our initial reaction to the leaks detailing AI takeover was tepid at best, but once we all saw it in action it looked like a fantastic, wildly ambitious evolution for the Watch Dogs series. In case you missed it, Watch Dogs Legion allows players to recruit any NPC whatsoever to their cause and then play as them. Each citizen has randomised traits, skills, and appearance, as well as unique back stories and even, somehow, unique voices and animations. It's a formidable feat from Ubisoft and likely a herculean effort from its giant-sized studios. 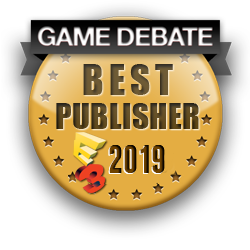 In a year where Sony was a party pooper, Ubisoft failed to register, and Microsoft failed to dramatically improve its first-party output, Nintendo was there to pick up the pieces. It showed a dozen or so upcoming Switch exclusives that are looking universally fantastic, whether that's Luigi's Mansion 3, Fire Emblem: Three Houses, Link's Awaken, Astral Chain, Pokemon, Animal Crossing: New Horizons, or, the biggest of all - a sequel to The Legend of Zelda: Breath of the Wild. Nintendo continues to be the most industrious platform holder there is. They're an acquired taste, for sure, but Nintendo fans have heaps to sink their teeth into over the coming nine months. 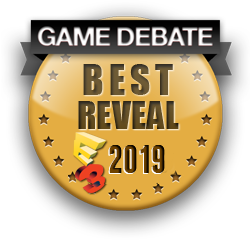 Who would've thought we'd ever actually see a Baldur's Gate 3? And giving it to the team at Larian Studios is just a stroke of genius. They're an RPG developer at the very top of their game thanks to the Divinity: Original Sin franchise and we're itching to see what they can do with the legendary D&D cRPG series. Details are still sadly scarce but the pairing of Baldur's Gate and Larian will surely prove impossible resist. 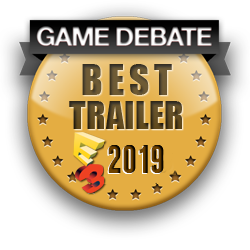 E3 2019 was arguably burdened with far too many cinematic trailers but, if you're going to do them, why not do them as well as Tango Gameworks did for GhostWire: Tokyo. A scene setter more than anything, the Ghostwire trailer is an exquisite watch that teases the upcoming paranormal action-adventure title. The two scene transitions in the back half, in particular, make for a fantastic trailer.

Congratulations to all the winners, and we look forward to playing all these fantastic looking games over the next year or two!