Up For Debate - Were there too many cinematic game trailers at E3 2019?

Sony’s absence from E3 this year served to highlight a curious trend - the almost total lack of gameplay footage and gameplay trailers shown during E3 2019. By the time we got to Ubisoft’s showcase on day two, we’d basically only seen two gameplay walkthroughs across six hours of press conferences - Doom Eternal and Watch Dogs Legion. Microsoft dedicated 10 minutes to Gears 5 and didn’t show a single second of gameplay. Gears 5 is out in three months’ time.

It’s an odd trend, but about 90% of the trailers during the major E3 press conferences were cinematics and theme setters, offering practically zero insight into how any of these games actually played.

Fortunately, some of these trailers were fantastic. GhostWire: Tokyo’s set the scene for an eerie mystery; Halo: Infinite’s was a mood piece that perhaps showed us the opening moments of the game; Deathloop was a dangerously stylish spy thriller that was both slick yet devoid of meaning.

So, why? Well, Occam’s razor tells us the simplest answer is usually the correct one, and the simplest answer is developers and publishers simply don’t want to show us gameplay. This will be all because of the eye-rolling trend of stitching together downgrade comparison videos on YouTube, overlaying ancient E3 trailers with release footage.

You’ve probably seen a few of these videos for yourself, breaking down trailers in excruciating detail and hammering the developers for removing some shadows or, best of all, PuddleGate for Spider-Man.

Developers try to show off a game two to three years before it’s even out, and then, obviously enough, launch rolls around and it doesn’t look exactly like the vertical slice they produced all those years ago. It’s a target, not a promise, and most people don’t take these early trailers too literally. Some do though, as we saw everywhere when Watch Dogs launched. It was effectively ground zero for downgrade controversies. Instead of judging a game for what it is, people are judging it against what it was.

There’s a give and take here, of course. Developers and publishers shouldn’t deliberately fake a gameplay trailer with no intention of the final game looking like that. Case in point: Aliens: Colonial Marines. It’s still amazing to think The Witcher 3 was a victim of a downgrade furor. It looked fantastic despite any differences from the reveal, and to suggest CD Projekt RED were being deliberately deceptive feels absurd.

These downgrade comparisons have always been daft as hell and E3 2019 is the logical conclusion. Developers aren’t keen to share gameplay too early for fear of downgrade complaints nearer launch. Ironically, Watch Dogs Legion ended up one of the few games which showed gameplay. It was all the more enticing for it. We could get a feel for how Watch Dogs Legion would play, and we could understand the frenetic pace of Doom Eternal, because they showed us rather than told us, and they were all the more memorable for it.

Do you prefer cinematic trailers or gameplay footage?

“So, this once again won't be on par with the PS4 and XBox One versions in terms of graphics. Thanks,...” - Philomena

“The above message is obvious spam” - xquatrox

A legend of dragoon cinematic trailer would of been nice

cinematic trailers ofc as there are so many amazing cinematics of bad games or games i dont like so this way i get at least something, world of warcraft and league of legends for example theyr cinematics are amazing but i am not so big fan of thos games

this post reminds me dr disrespect opinion on this years e3 :D especially for mobile games, e3 is getting worse and worse with every year, only 4-5 decent games across whole show, more than half of the show was about indie games and mobile games

there were alot of gameplay too, but only to few selected ones, thats bothering me the most.....

How about the stupid live-action VFX filled "trailer" for that Elder Scrolls mobile card game..? Mobile game ads and trailers are the WORST!

Personally I like mix of both. Bit of cinematic to get me interested in story and then gameplay. For me gameplay is must, if I only have to choose one. Sure, cinematic trailers are enjoyable and all, but in the end of he day, they tell very little about actual game, other than maybe bit of story and setting.

I don't really have a problem with cinematic trailers, but for me personally they have zero value.

Obviously gameplay is of utmost importance, but so is the story. Cinematics is one of the methods used to convey the story. I very much enjoy a glorious cutscene. And I like it when those cutscenes look good. So, if a game, look at the new Baldur's Gate trailer, shows off an impressive cutscene in one of its trailers, I will absolutely take note.

I feel like it's sort of a norm for the reveal trailer to be a cinematic. The gameplay trailers come later. Which is fine, as long as they do both.

Too many trailers? Nope. Getting us hyped for their games, next step is gameplay and boom, perfect. I've never seen a problem with that approach, I personally love it as it hypes me the best and I look forward to them much more. 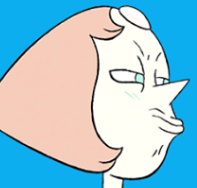 I was excited to see what Microsoft had this year but it was awful. Gears 5 is out in September and all we got was two awful trailers. Crossfire X was hyped to be some amazing reveal and I was left not even knowing what it is. Halo 5's could have been cool if we didn't get more time with the marine than Chief.

A good trailer is a nice hook up even if it's CGI, but gameplay tailers are just the flashiest things one can do, glued togheter to generate hype. I always prefer to watch someone play it before buying, both trailers are needed imho

i love gaming but I dont watch any trailers as most of them are pretty much BS. Im excited when reviewers talk about it as a good game THEN i can watch actual gameplay rather than some stupid render, ubisoft im looking at you!

What do you mean? Ubisoft showed actual gameplay of Legion at E3 this year, at least as far as anyone knows. I guess there's always a chance that it was like the Anthem gameplay that was actually fake gameplay, but in the case of Legion I highly doubt that. I guess I just don't what you're talking about.

they also showed gameplay of WD1 and heck, it was a major disappointment and downgrade when it finally released...

Too many trailers? You think?

if you look at it simple... then yes. But if you look at it from a more deep perspective then no... i don't mind cinematic's as long as they are good. a 100 trailers on same level as cyberpunk 2077 trailer and i still wouldn't mind

I think a cinematic trailer to showcase the vision of the project is fine as long as they explain what to expect gameplay wise in a presentation or interview afterwards.

I think it's pretty safe to say that they don't want to show off gameplay for fear of the outrage mob, especially when it comes to graphical downgrade controversies. Even now, after Watch Dogs 2 released as a beautiful game, you can't mention Watch Dogs Legion with out at least a couple of people bringing up the controversy from the first game. Look at Cyberpunk 2077, and how many are mad because they don't like the RPG shooting mechanics, they want COD mechanics instead.

not seen anything about people complaining over cyberpunk and the genre combo it is. if people complain then it's with no baseline... when you get hyped for the this game you should already know the genre the game is