Another year, another opportunity for Codemasters to deliver a finely tuned simulation racer. F1 2019 marks the 10th anniversary since Codemasters took over the franchise and made it into the giant that is today. This time around there's a greater emphasis on graphical fidelity than ever before, as well as revamped night races, improved weather effects, and even deeper levels of realism on offer.

Early last we also took a detailed look at all of F1 2019's graphics settings, along with expected performance hit for each. You can find see our F1 2019 Most Important Graphics Options - Every Setting Benchmarked Guide here.

And now, onto our F1 2019 performance report, beginning with the wide-ranging assortment of graphics options available to tweak to your heart's content. 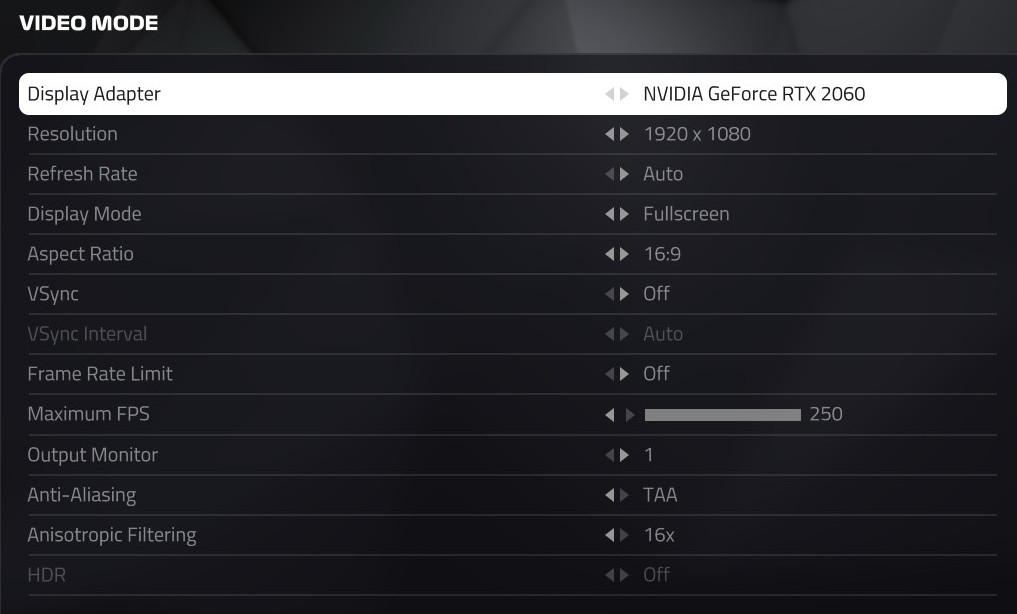 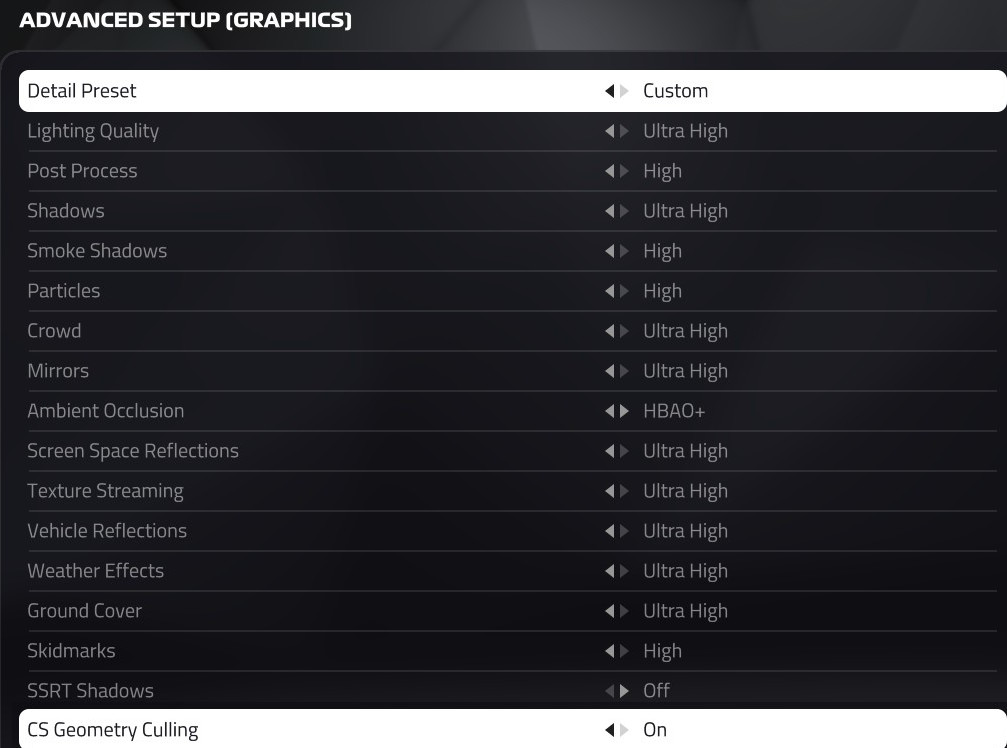 We've said it before in our previous benchmarks but F1 2019 offers a great assortment of graphics features to tweak. Some, like SSRT Shadows, are a bit ambiguous in their usage, but if you're hoping to fine tune your F1 2019 performance then there's plenty to sink your teeth into.

One thing to note is I had some real trouble changing the resolution in F1 2019. It refused to stick most of the time and appeared to clash with Nvidia DSR, reverting to all sorts of odd resolutions. The only definitive way to force a resolution change, in the end, was to edit the config files manually. Let's hope Codemasters get that fixed shortly.

You can read our detailed thoughts on F1 2019's system requirements here, but the key takeaway is that not a whole lot has changed since F1 2018. The graphics have been given a fair revamp though, which sees the recommended specs take a jump of around 15-30% in terms of raw performance.

F1 2019, handily enough, comes with its own in-game benchmarking tool. Found in the graphics settings tab, this tool allows users to benchmark and configuration across any track with defined weather settings and customisable lap count.

For our benchmarks, we opted for heavy rain on the Bahrain night track as this appears to be F1 2019 at its most demanding. Weather effects have been given some of the biggest overhauls for Formula 1 2019 so we were keen to see what, if any, impact it had on performance.

For this Codemasters F1 2019 benchmark, we used an AMD Radeon RX 480 equipped with 8GB video memory. It’s backed up by 32GB DDR4 memory and an AMD Ryzen 1800X CPU at stock clocks. 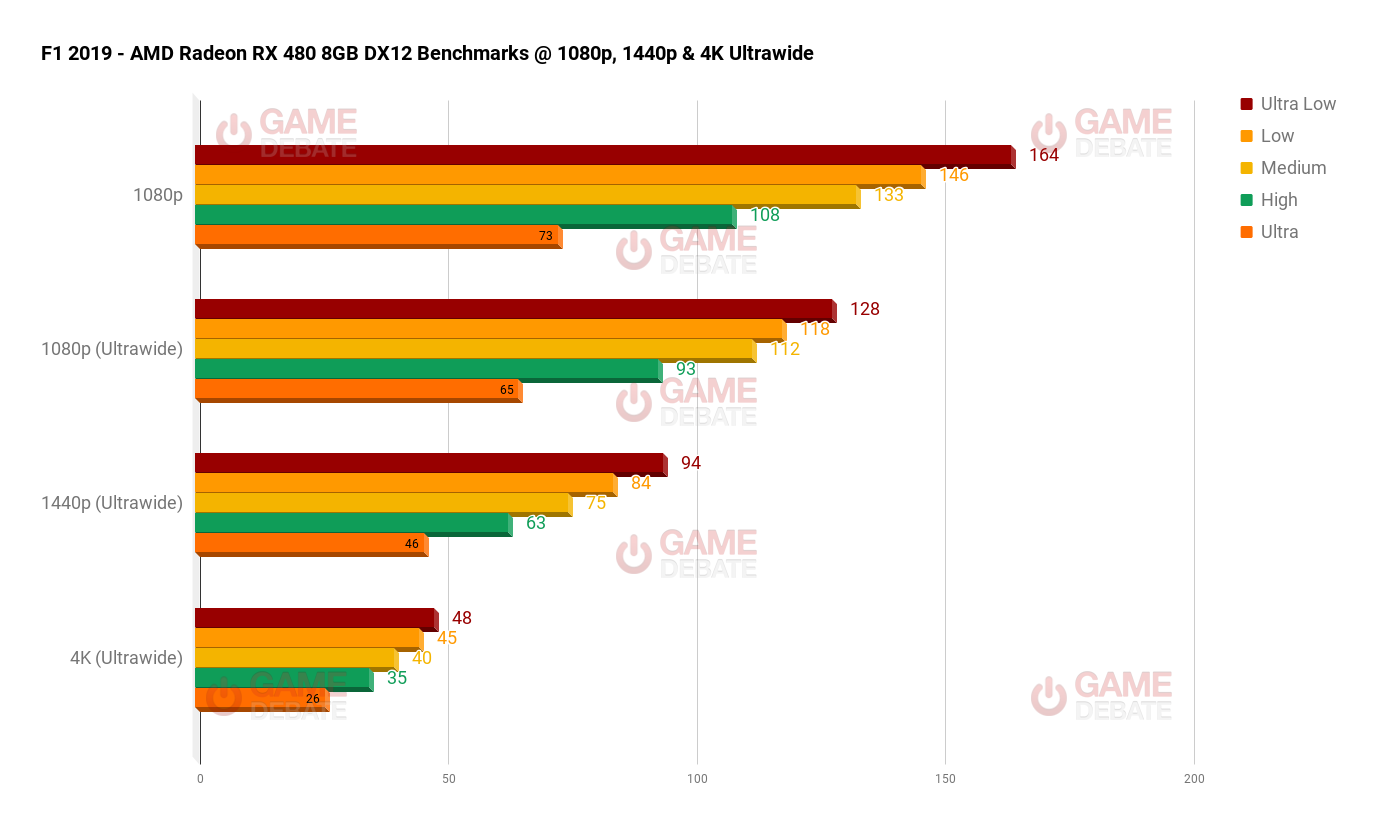 An oldie but a goodie, the Radeon RX 480 8GB can still deliver the goods in F1 2019. 4K Ultrawide is too big a Hill to climb unless you're willing to accept a locked 30 fps, but aside from this, the RX 480 delivers. Ultrawide monitors have to deliver considerably higher pixel counts than standard 16:9, although the RX 480 is capable of a locked 60 frames per second when playing at 1440p Ultrawide with a mixture of Medium and High graphics settings.

If we were lucky enough to have two RX 480's in a CrossFire configuration we can imagine this being a potentially decent 4K alternative. Sadly, that's not to be!

And now time for a slight detour as we take a look at how much more demanding F1 2019 is than F1 2018. Using the RX 480 8GB, we benchmarked the same track in the same conditions across both games, compiling average, minimum, and maximum frame rates. 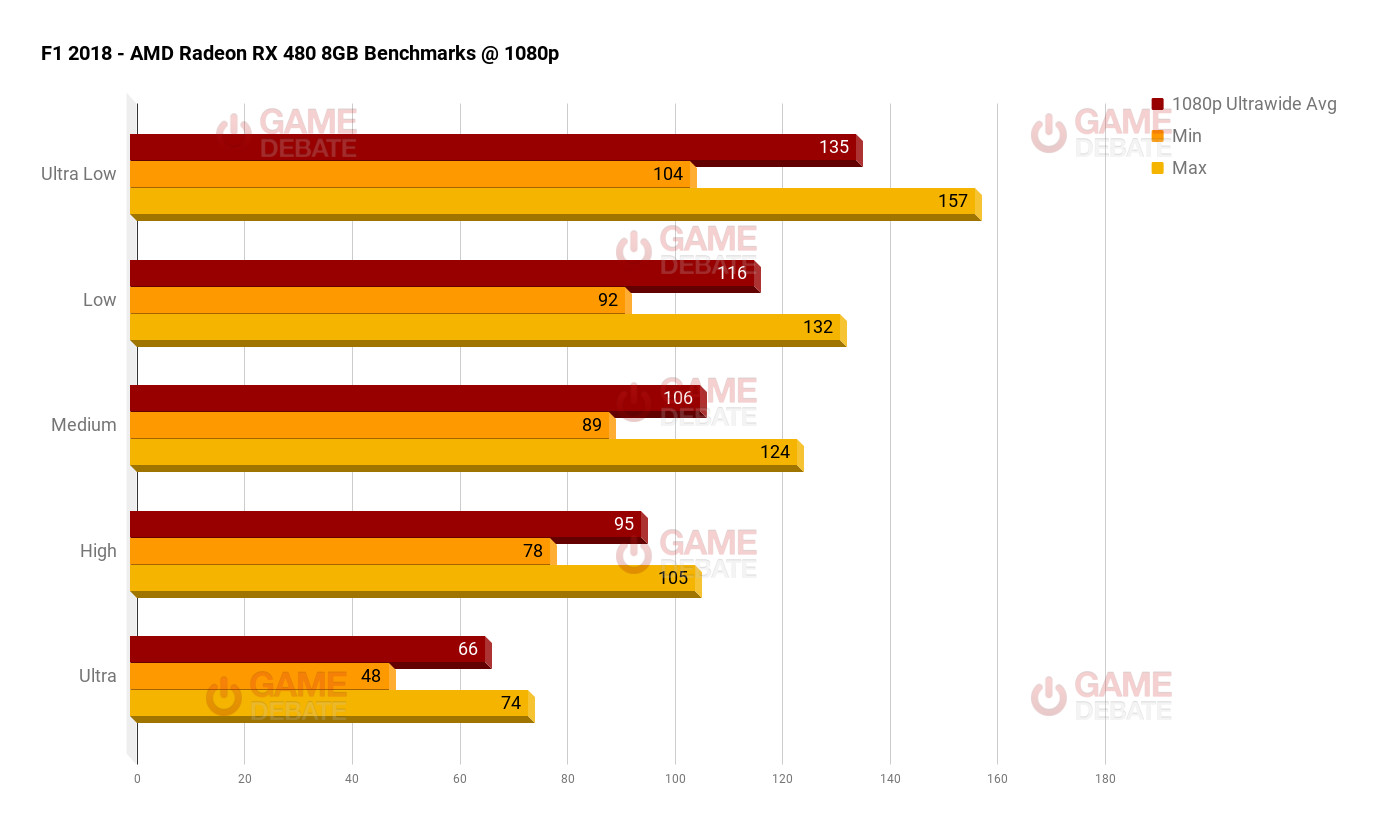 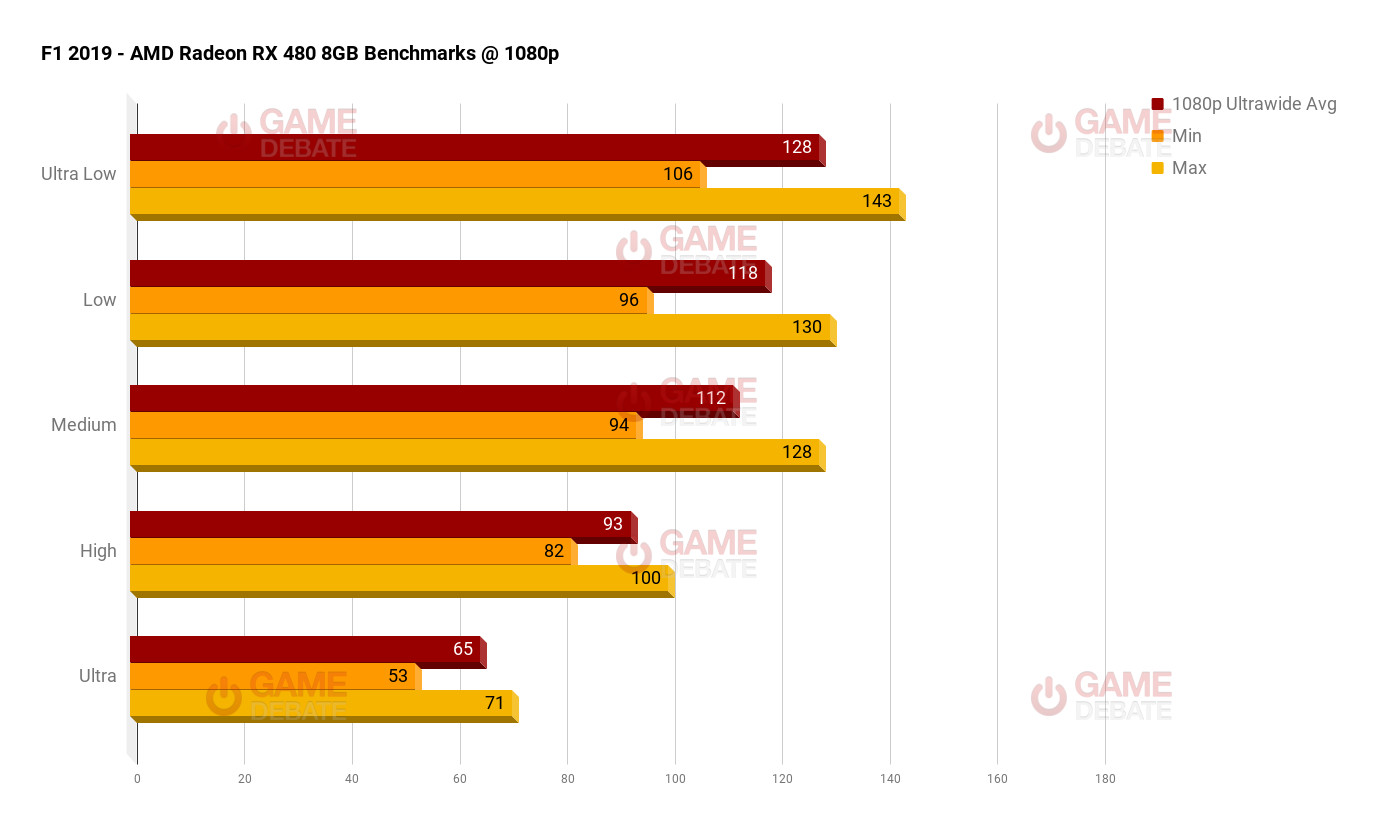 One aspect to highlight, however, is Codemasters has done some work to uplift the minimum frame rate slightly between games. This means steadier, more reliable frame rates with fewer FPS drops and frame rate hikes. 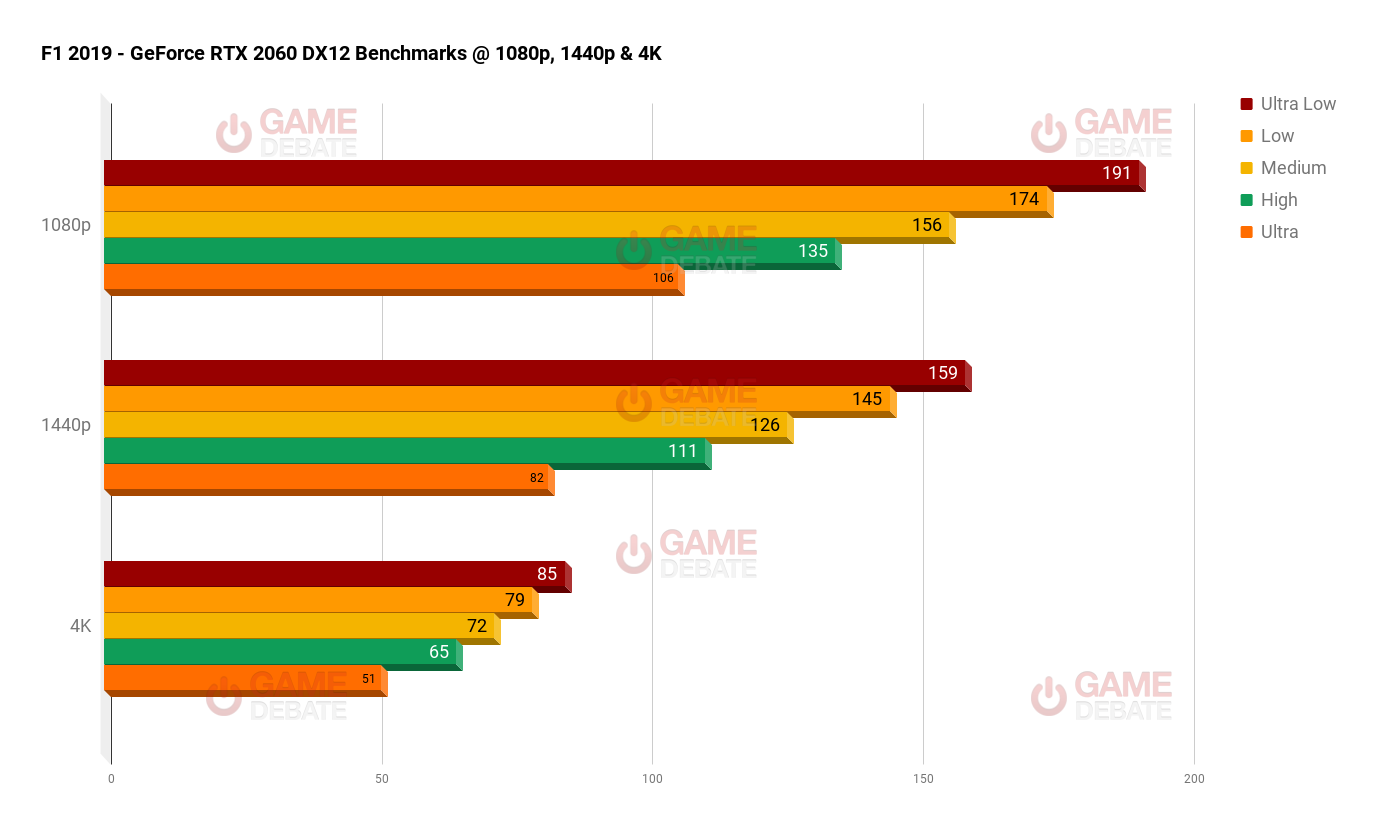 While the GeForce RTX 2060 isn't exactly renowned for its 4K capabilities, in Formula 1 2019 it ends up being an absolute heavyweight. We've no ray-tracing features in F1 2019 to worry about, so this straight up vanilla performance which bodes well for GeForce GTX 1660 Ti owners.

A locked 60 frames per second is achievable on just about every graphics setting in F1 2019 while using an RTX 2060. The only potential snag was 4K/Ultra, which dips to an average of 51 frames per second. This was noticeable actually, and 1440p/Ultra or 4K High/Medium would be our preferred settings for gameplay.

And finally, we come to the trusty GeForce GTX 1070 8GB, this time with a stock-clocked Core i7-5820K. These benchmarks were performed on Brands Hatch with fine weather conditions. 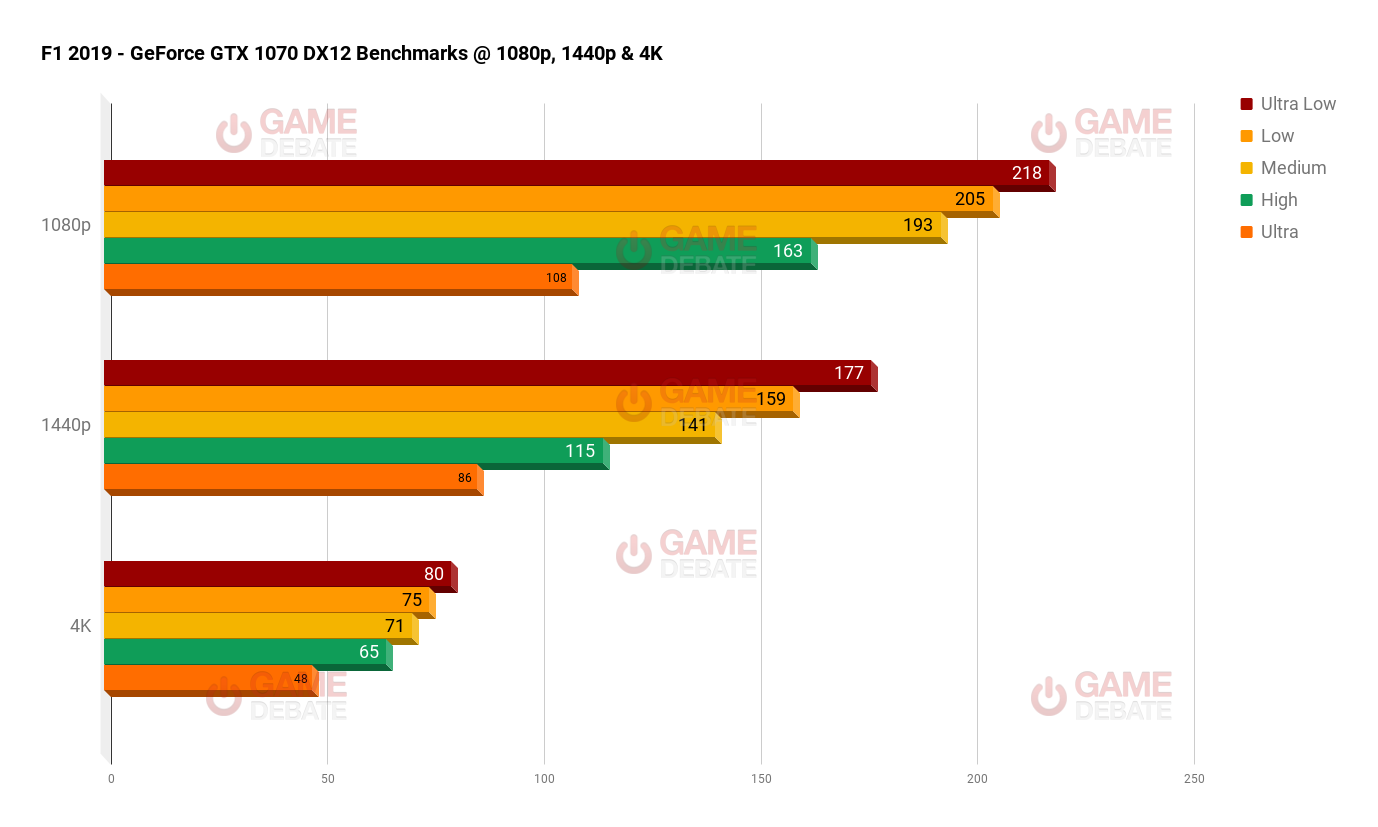 I have to say, I'm surprise to see the GeForce GTX 1070 pulling in what are generally frame rates higher than the RTX 2060. There's not much between them but it doesn't make much sense to my eyes. The RTX 2060 is the faster graphics card, albeit with less VRAM but utilising the faster GDDR6 memory. Whatever the case, there's not a huge amount in it, and we can see the GTX 1070 runs F1 2019 pretty much fantastically. The three-year-old graphics card can even pull its weight at 4K/High, which is surprising to see, and only drops below 60 frames per second during a single run.

Overall, it's fantastic performance and a liquid-smoother simulation racer from Codemasters once again.

The games runs without a hitch for me @FHD 1080p Ultra everything with 8x AA super sampling locked at 72 fps on DX11
DX12 however runs the same for the most part but crashes.... A LOT..... more patches and a proper GPU dirver is needed but other than that the game is SWEEEEEET

YAAAAAAAYYYYY, thank you for ultrawide benchies

What are the exact resolutions of those ultrawides? I have a hunch the naming is a bit whack here.