We are pretty confident that Rockstar are releasing Red Dead Redemption 2 onto PC. RDR2 was the biggest and best game to release last year and arguably one of the best games of all time. Todays hint to help give us some more hope around a PC release comes from a person called JakoMako51, who reported spotting a snippet of Red Dead 2 PC related data in the Rockstar Social club source code.

Wherein there is a tiny reference “RDR2_PC_Accomplishments” that can only be pointing to the preparations Rockstar must be making to get their systems ready for the PC version of Red Dead Redemption 2.

The context in which this little data point is found certainly seems to be referring to its achievements and platform and is found in the section of code that is talks about the PS4 trophies for example.

You can take a look at the code yourself although we have a feeling it may have been removed by Rockstar by the time you read this. Just pop over to the Social Club and in Chrome press F12 and then select Sources to be shown the page code. Or follow this link to check out the code to search yourself for “RDR2_PC_Accomplishments”.

Adding this into the gathering clues and hints trail, it is certainly steadily growing in certainty around a PC release.

Either way, we will take that as a nice little positive for PC gamers. Let us know in the poll below if you think PC gamers will get to play Red Dead 2 or if we are all just being overly hopeful, after all the original never came to PC.

Will we see a Red Dead Redemption 2 PC Release?

It will be released with the next gen consoles, or shortly afterwards. It depends how R* manages to get players to double dip on consoles first (as per their tactics) because it's confirmed they will be backwards compatible. Maybe Red Read Redemption 2: Redux? Who knows

I just hope it won't be Epic exclusive.

After releasing RDR2 on PC they need to go back and release the first one on PC as well. 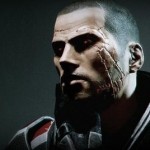 Ofc it will, first on PS4 than on PC and in the end on PS5...
The classic Rockstar triple-dip.

For sure, it will be releasing on PC along with the next gen consoles.

Well if and when it do come out for pc. It will be an epic game store exclusive, cause thats just the kind of a hole that rockstar is.

I don't Care When you release it but atleast Release it on PC soon....

No Rockstar. PC first and then consoles.!!!

Its gonna come late 2020 or early 2021 because Rockstar is smart enough to avoid Cyberpunk.

indeed..
These Guys Don't play around and there is still no Best Driving Mechanics Open World Game Than GTAV

I'm hoping they release RDR1 and RDR2, maybe with the option to bundle them, or just altogether, somehow.

They'll most likely wait till next-gen consoles are out - milk those a bit with MTX and than release it on PC.

Obviously, they have to milk out those MTX on PC as well and release on new gen and stop updating the old gen.

Didn't get GTA V at all and we and my friends will do the same with RDR 2 (despite most of us owning PS4) - it's kind of boycott from our side.I don't care of the problems RS had with the engine-and-all-that and NOT putting RDR 1 on PC.GTA V made'em billions and they still treat PC gamers like secondhands,washed up,not-wort-your-time people.

We will get RDR2 on pc but when who knows? Its just a matter of waiting things out.

It will be released with the next gen consoles, or shortly afterwards. It depends how R* manages to get players to double dip on consoles first (as per their tactics) because it's confirmed they will be backwards compatible. Maybe Red Read Redemption 2: Redux? Who knows

It's coming out with the new consoles. I think that was fairly obvious given how they dealt with GTA V and how many times they've sold that game. They're not going to pass up on PC now that GTAV earned them millions on the platform, possibly even billions.

Nice, and all that, but the focus on stupid multiplayer will once again ensure that there won't be more single-player content...
Let's go whaling, as they say these days, while selling you the shark cards...

Rockstar exists under Take Two, and Take Twos notorious CEO Mr. Zelnick thinks that GTAV, the most profitable entertainment product in history, ever, movies, games music, everything, is undermonetized. Because of that I have absolutely zero desire to ever play RDR2 or any of Rockstars games again, and it's a shame because Rockstar can clearly make a really good game.

I'll buy RDR2, but, just like with GTA V - I won't be spending ANY time online. I think the single player element alone is worth the price of admission, but nothing else past that is, in my opinion.
By the way, come over and have a read and have your say on THIS TOPIC. We are discussing such practices. :)

Been there. There is nothing much to say that wasn't said before. You all pretty much covered everything.

Noice but i still don't see them porting RDR1 that game was a nightmare to make for them in that engine, i'll take RDR2 i guess atlhough maybe they can make the first game work too who knows.

The first game runs fine-ish with a ps3 emulator

What's your experience with it performance-wise? RPCS3?
I wonder if the game would be fully playable on my rig or if the compatibility isn't there yet.
Your reply would be appreciated :)

Performance wise, it's still not there. My rig struggled to keep steady 10 fps :D . The emulator still needs some development time.

I did not try it personally, but there was some emulator that promised 4k 60 fps

I'll be completely honest, was very tempted to get a PS4 RDR2 bundle, but from a financial and business stand point it makes ZERO sense for them not to bring it to PC.