You’d think it would be an absolute top priority on Nvidia’s part that the game it’s using to sell its graphics cards actually uses the unique features its new GPUs are capable. For whatever reason though, Nvidia’s engineers are still busy working away on improving ray-tracing performance in Wolfenstein Youngblood while using its own VKRay Vulkan API extension. In the immortal words of Nvidia CEO Jensen Huang - It just works.

“We’re working together with Nvidia on that, but raytracing won’t be available at launch,” explained MachineGames executive producer Jerk Gustaffson during an interview with GamesBeat.

“The engineers at Nvidia are still hard at work getting that solution to look as good as possible for the game, and the date is still to be determined. But from what we’ve seen so far, it’ll be good.” 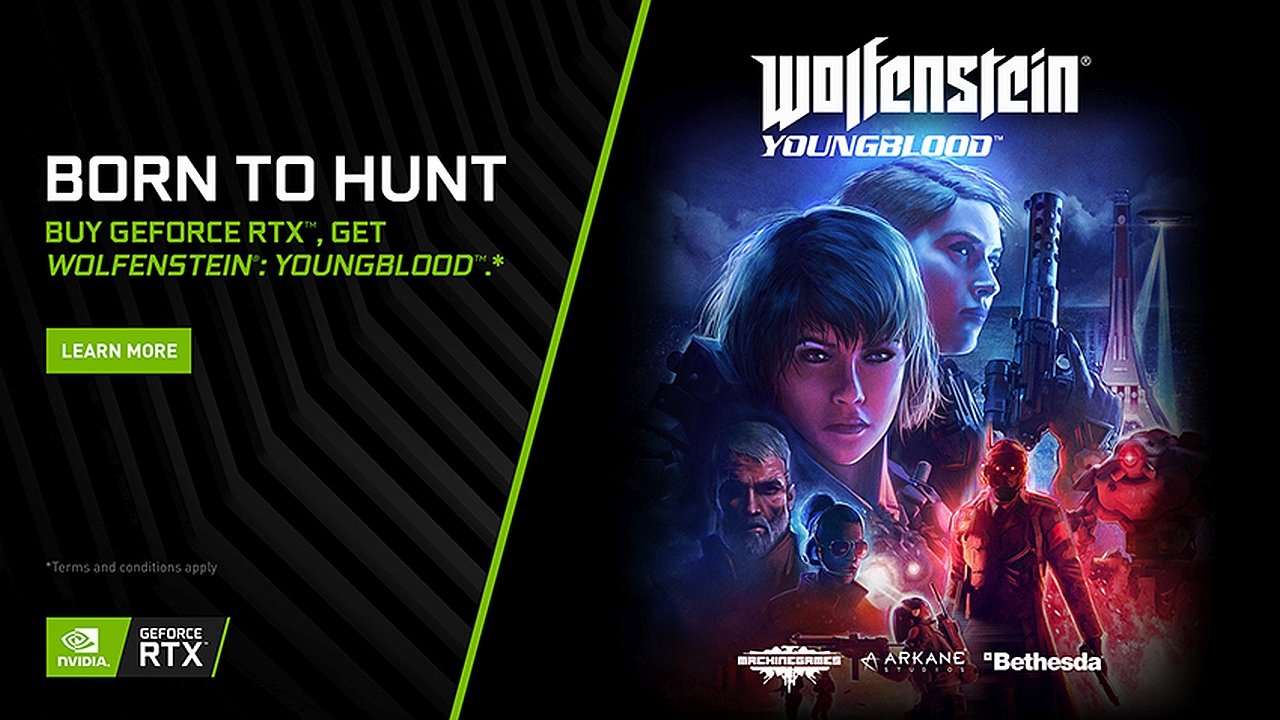 We’ll have to chalk this one up as a mighty disappointment for now. If you qualify for a free copy of Wolfenstein: Youngblood then you’ll either need to be patient or you’ll blow through the co-op first-person shooter before ray-tracing is even an option.

Maybe they've already started making the game before RTX and now it's too late to change everything in order to implement ray-tracing.

haha 'it just works' is now a meme. As if raytracing is as simple as flipping a light switch.

Would it have been better if they realeased a rushed/buggy/broken version of RTX instead?

Absolutely not. I think for any RTX owner we know the performance hit RTX brings (50% on avg) so the idea is to make the effect justify the perf hit. The only time it's come close to this for me is mirrors. Holy hell do mirrors, mirrored(reflections) make a masssive difference most games cant even implement proper refl

That's a hell of a deflection. 'Waiter my food's cold?' 'Sorry sir, would you prefer I took a dump on your plate instead?'

Dammit i got scammed. Bought the rtx 2060 se not for just wolfenstein ofc but still i got the game for "free" i atleast expected the thing to come with ray tracing on day1. “The engineers at Nvidia are still hard at work getting that solution to look as good as possible for the game" if half of that is true then mayb

I wanna see how control turns out i got that one for free too. Should be interesting with it's ridiculous high PC req i expect the best RTX solution if it sucks and runs like crap oh well maybe next time NVIDIA. This seems to be an ongoing issue with RTX taking longer to implement maybe it's getting better or NOT...

Yeah it definitely factors into buying a GPU, that's why do it after all.Bit of a shame it's not there at launch, hopefully the wait won't be too long.

Well ain't that a kick in the teeth. I just pre ordered this game partly because of ray tracing. They could at least give a timeline of some sort geezaloo