The Biggest Games Coming Out in August 2019

OK, now we're talking. We're barrelling towards AAA season in earnest this month. Madden is always our gaming Groundhog, signaling a bloodbath of huge releases between now and Christmas.

Huge games are beginning to drip out over the next four months, kicking off with Madden NFL 20 before diving headfirst into Remedy's Control, a nostalgia trip with World of Warcraft: Classic and Nintendo will look to continue its fine run of form with exclusives when Astral Chain lands.

There's something for just about everyone here, from the just-one-more-turn 4X greatness of Age of Wonders: Planetfall to the spacefaring antics of Rebel Galaxy Outlaw, and the growing tension of Life is Strange 2. Heck, even The Church in the Darkness is coming out. That game's been kicking around for years and years. Let's hope the wait has been worth it.

Here are all of the biggest and best games coming out over the next four or so weeks. Get voting for your favourites in the poll below!

The Church in the Darkness - August 2nd / PC, PS4, Xbox One, Switch

The Church in the Darkness System Requirements

Remnant: From the Ashes System Requirements

If you're planning to pick up any of the games out this month, you can get voting below. You can also vote for multiple games if you’re planning multiple purchases. Enjoy the next month of gaming and do let us know if you're saving your cash for something a little further afield or you're getting tucked into your backlog!

Which games are you planning to buy in August?

I don´t know why people love Control so much looks quite boring to me and remedy hasn´t really had the best track record as of late.

Im just interested in controlnot so much because of the setting, but rather to see how optimized and how good my pc can run this game xD.

“Ubisoft needs to be fcking kicked out of PC and console game space. These fcking pieces of sh!t hav...” - PhenomFaz 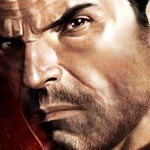 I'm really interested in Ancestors Humankind Odyssey.
It could be worthwhile, will check out the sys req if my laptop can run it.

Final sys reqs aren't out yet sadly. Looks like a neat idea though, and it's being producer by the original Assassins Creed creator

Of everything that has been released this year, Ancestors could be the game that I find the most interesting/innovative.

Very hard to predict whether it'll be any good or not though. I'm a sucker for any games that try prehistory though

I think I'm a sucker for new ideas.

I never heard of Rebel Galaxy Outlaw and it sounds awesome, but doing some digging and it turns out it's already out on Steam? Is this a sequel or something? Oh, and I'm dissapointed beyond belief on what they manage to turn The Bard's Tale into. Wtf... Most of the titles don't look all that interesting to me. The few exception being Okinaki & Astral Chain, they look solid, I love their artstyle and gameplay. Definetly something I'll pick up for my Switch.

That's the original. Looks like the sequel is an Epic exclsusive

I think you can get Rebel Galaxy for free on the Epic Store.
Not 100% sure if the time limit is up, working so don't have time to check.

That was a few weeks ago. Makes a lot of sense now!

Control is my obvious choice but it's not a sure buy. I want to wait until I see reviews and benchmark videos first before buying it. It had better not be another Quantum Break with those ridiculous recommended specifications.

Exactly the same here, I'll try those 2 for sure!

i am interested in Remnant: From The Ashes and Control
but my vote goes to Ancestors: The Humankind Odyssey

"Spore" is slightly close to this

Technically coming out still in July (30th) But i'm excited for Kindergarten 2! (it's not on GD yet though?)

Other than that, Life Is Strange and Blaire Witch are on my radar!

Okinaki is the only one on the list i'm really interrested in right now , played the free demo and like it so far and want to know more about the story , Blair Witch is my n2 pick from this list

and oh man just discovered Astral Chain , wish it was not a switch exclusive as i Don't have one :(

why is there no option for none of them ? or others

I don´t know why people love Control so much looks quite boring to me and remedy hasn´t really had the best track record as of late.

I guess it depends what kind of gamer you are, I guess I'm more of a casual gamer. I don't like to grind a lot or put a lot of work in getting good stats and doing all kinds of side quests (expect Breath of the wild :P). I just want a good story. That's why Alan Wake is my favourite game of all time. And I also loved quantem break.

i liked alan wake a lot it was creepy, different, confusing. quantem break tried to be a tv show? with a low tier television story and mediocre gameplay

Im just interested in controlnot so much because of the setting, but rather to see how optimized and how good my pc can run this game xD.