UPDATE: There we go, it's all official now, A total War Saga: Troy has been announced. Creative Assembly's next strategic feature will be inspired by Homer's epic The Iliad, one of the most renowned mythological tales of all time. There are probably a good few elements of truth to the tale but this certainly the closest CA has come to weaving a tale of absolute fiction in its historical series.

In Troy, the Aegean civilisation is under your control. Its lands will stretch from the heights of Mount Olympus to the deserts of Lemnos, weaving a tale of myth, legends, gods, and monsters.

It sounds like the perfect recipe for confusing fact with with fiction, featuring a cast of iconic heroes such as Achilles and Hector, a giant bloody wooden horse, a centaur, and even the iconic Minotaur. Don't go teaching this in your history lessons.

For their part, Creative Assembly claims they're presenting the battle of Troy "through a historical lens to consider what might have really happened." It's an unusual twist for the Total War franchise, no doubt about it. 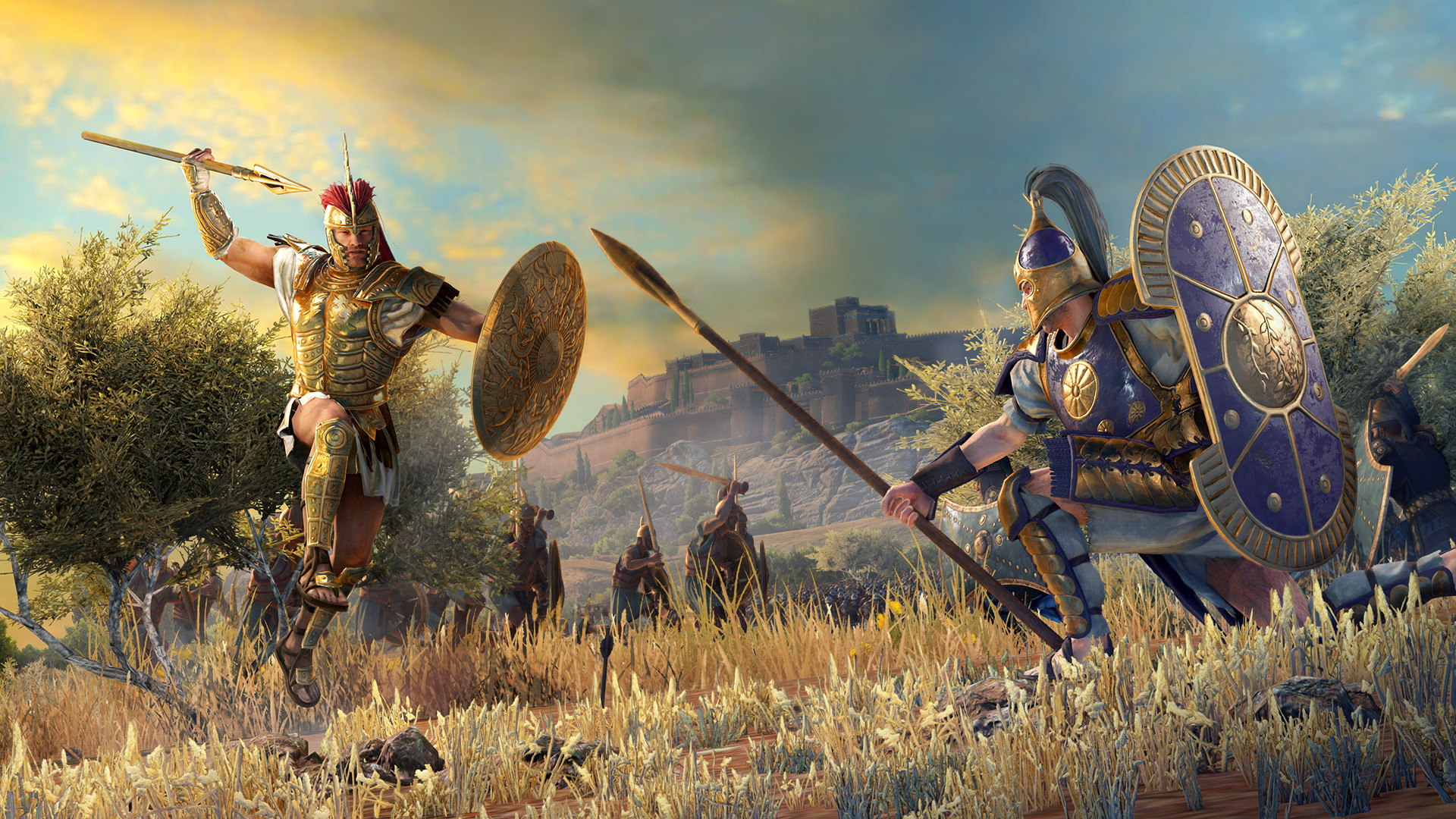 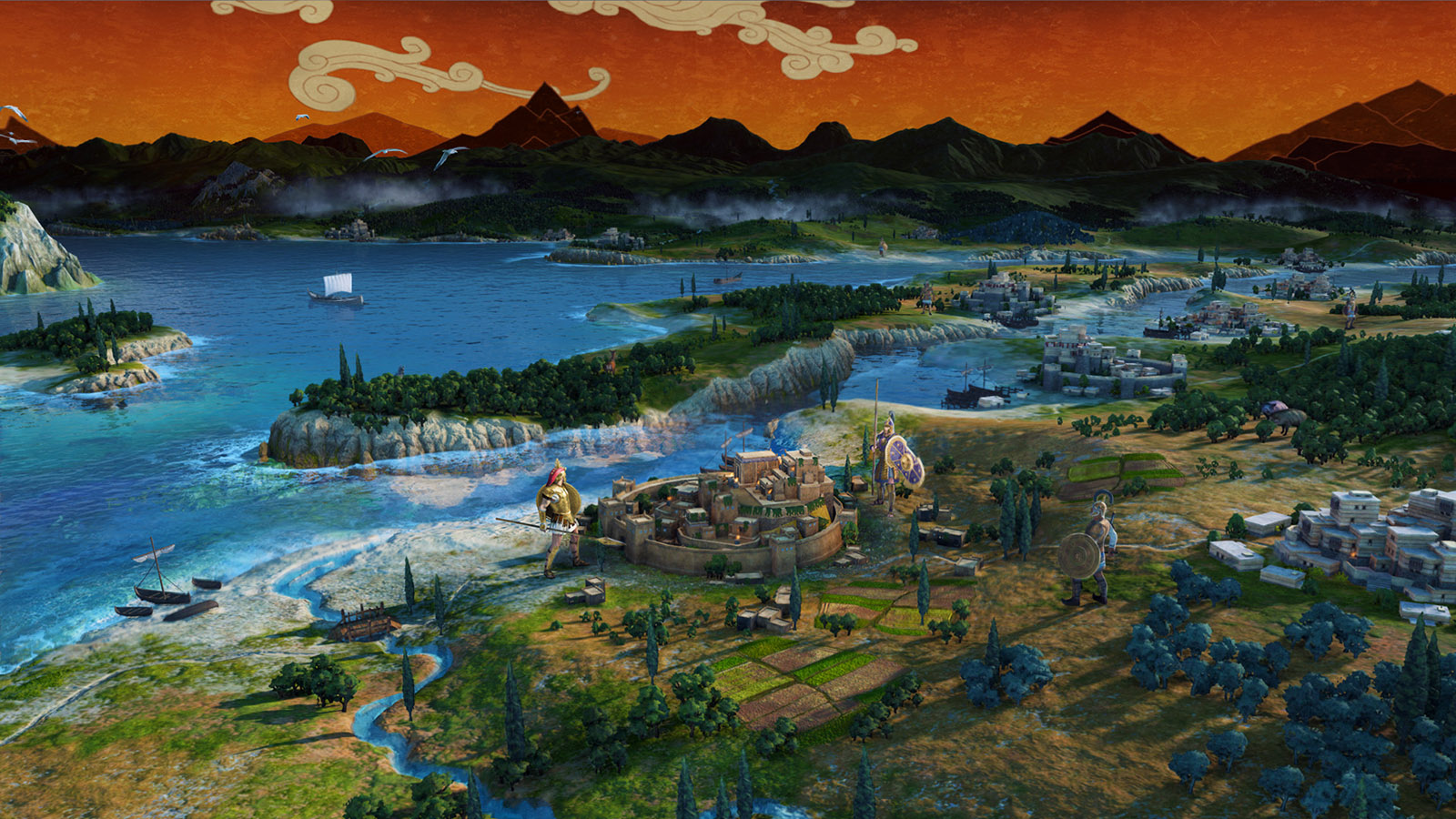 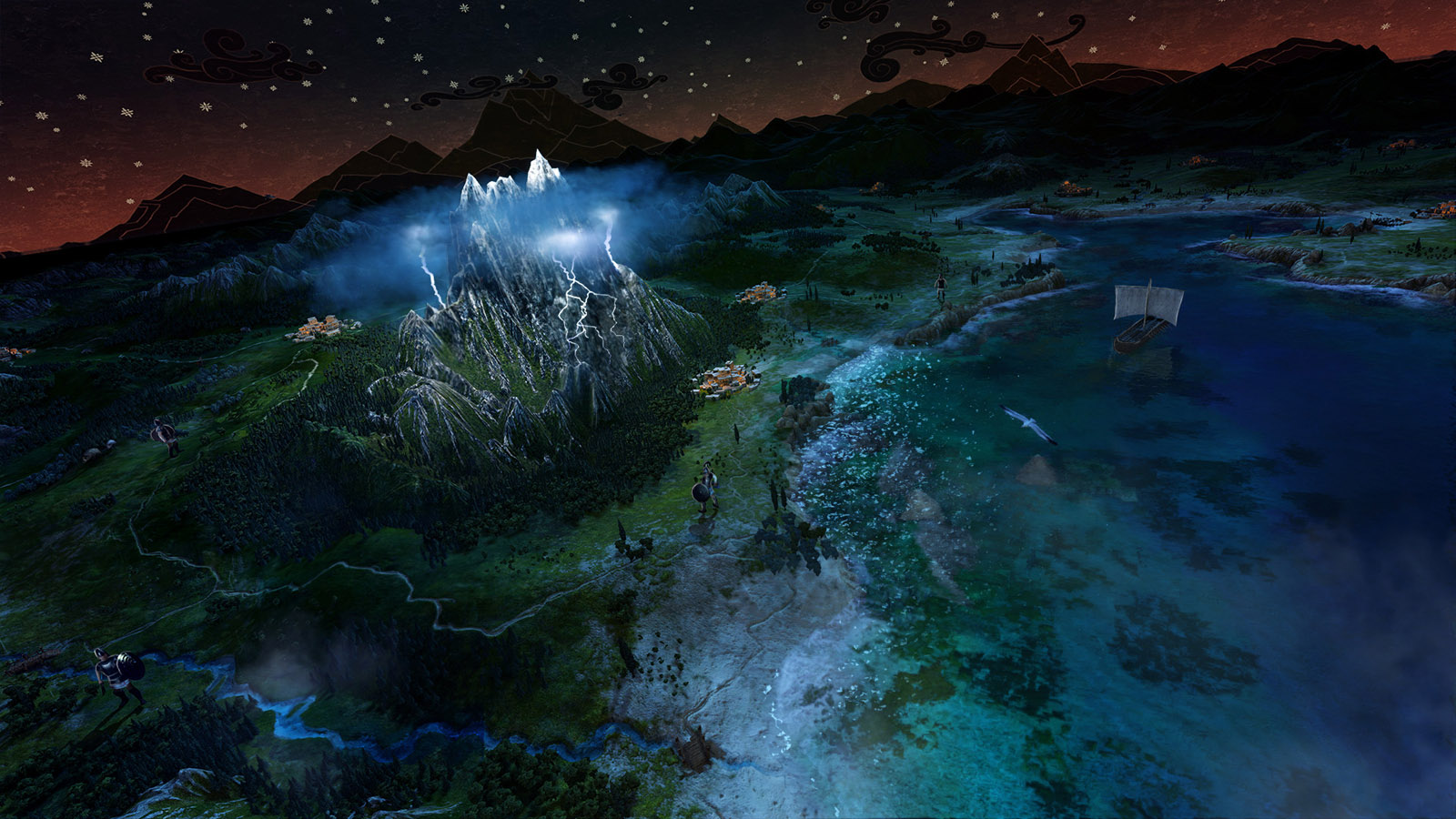 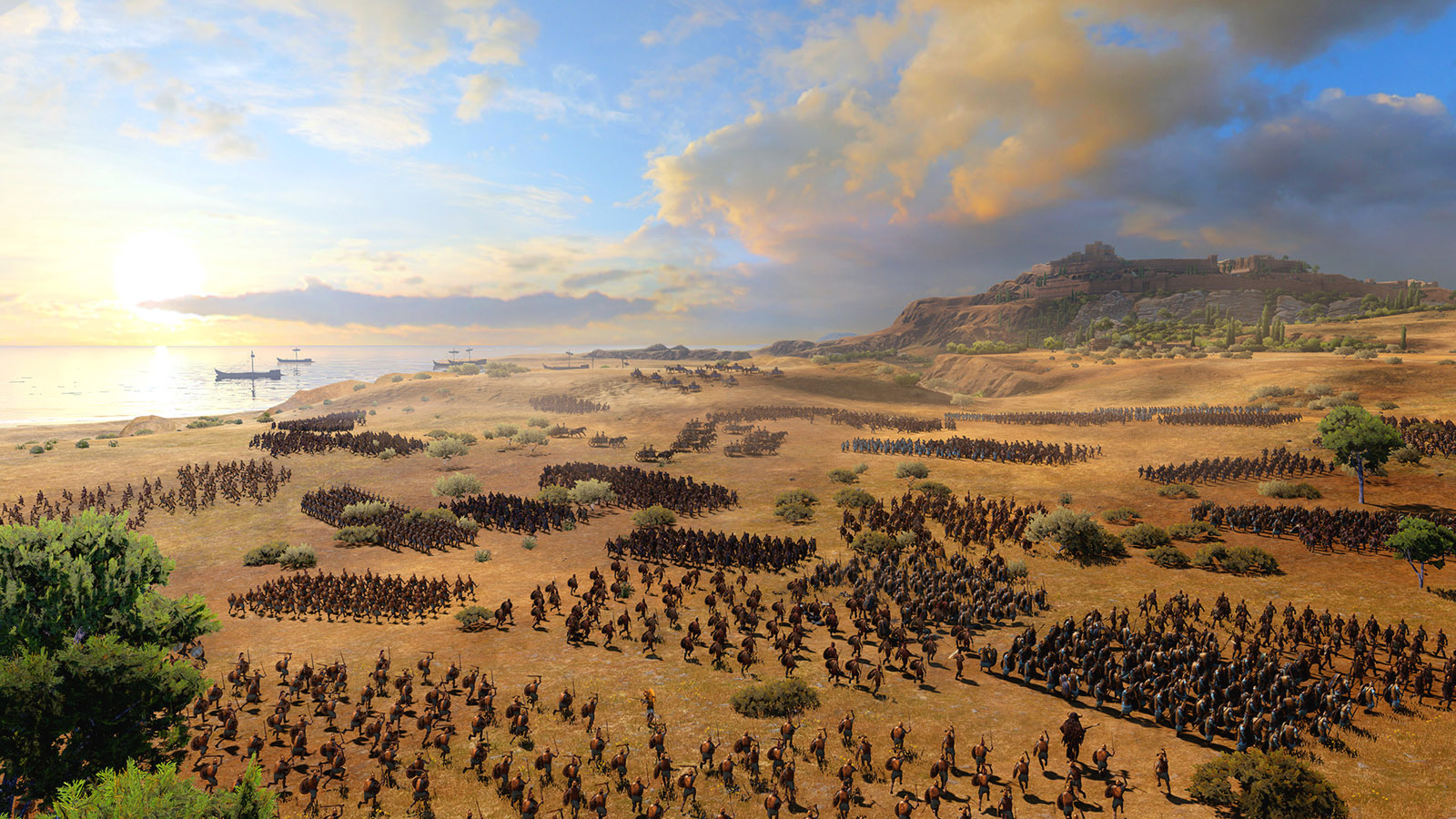 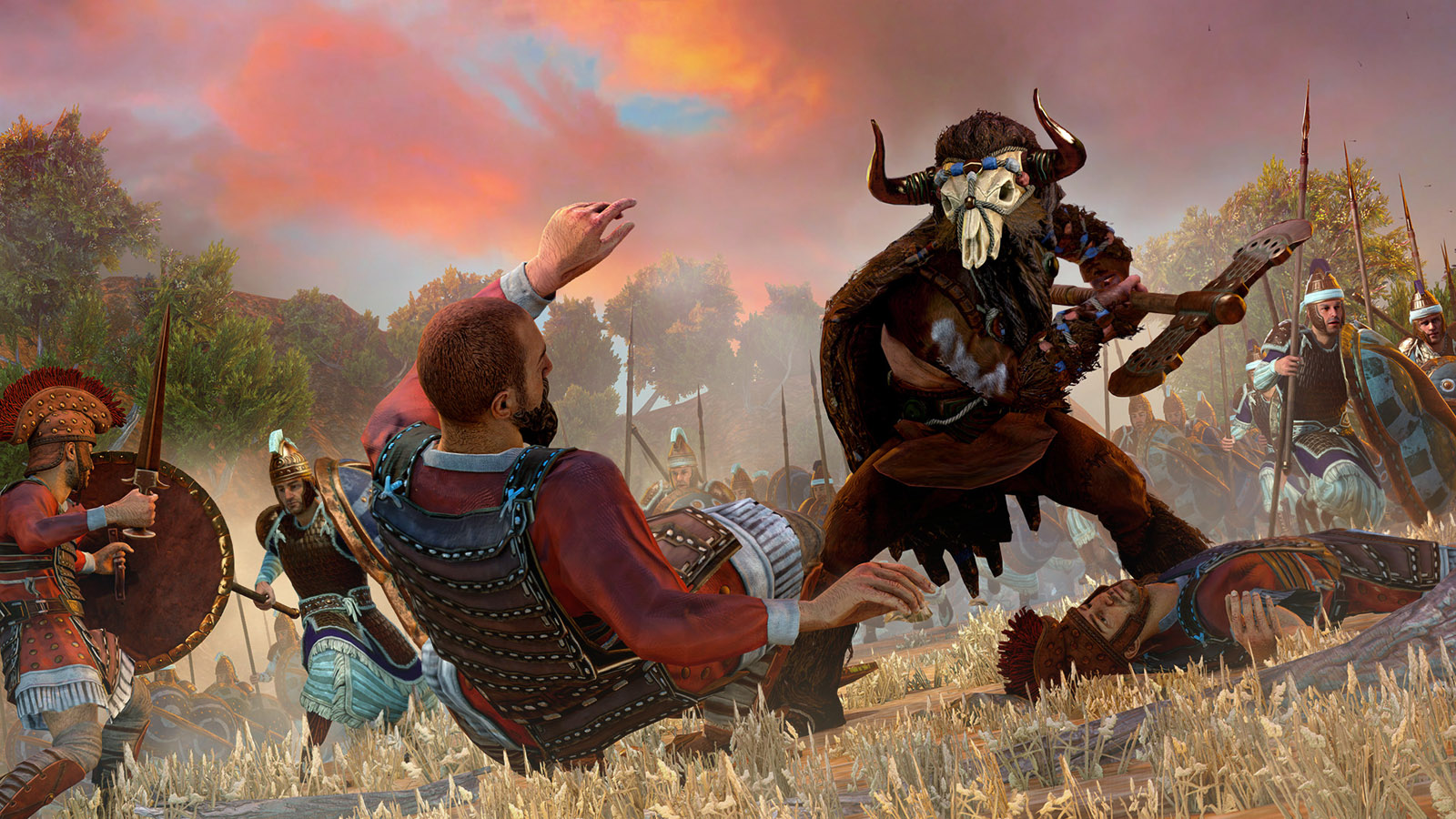 A Total War Saga: TROY will release on Steam for PC in 2020.

Creative Assembly filed a trademark for Total War Saga: Troy, and now we know it's absolutely the real deal. Copies of PC Gamer have been filtering out to newsagents here in the UK featuring an exclusive Total War Saga: Troy reveal on the front cover.

We can only guess as to what's inside by Troy: A Total War Saga promises to to welcome an "epic battle in a world of gods and monsters".

Outside of the Total Warhammer spin-off series, this is the first we've seen of the Total War series divert into fantasy. It's never been conclusively thought that the Trojan War ever even happened, springing to life in Greek mythology rather than historical basis. It's a setting ripe for Total War's grand strategy and huge battles though, while the heroes and magical units basically pick themselves. 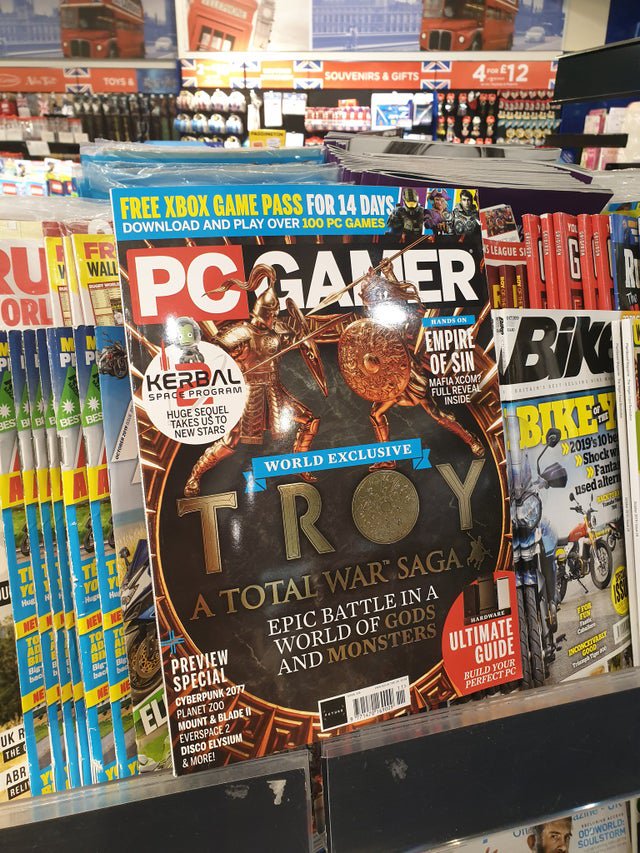 We're expecting official word from Creative Assembly very shortly, along with the first details of what we can expect from CA's dalliance with the fantastical.

With Total War: Three Kingdoms out the door and lighting up the charts, Creative Assembly is already turning its attention to what’s in store next for its historical grand strategy series. Well, a new trademark filed by CA with the UK Intellectual Property Office appears to have given the game it.

The Total War Saga games are deemed spin-offs from the main franchise, keying on key pivotal moments throughout history. Rather than hundreds or even thousands of years, we’re talking months or decades. They’re designed to be tight, geographically speaking, and allows Creative Assembly to tap into power keg moments which don’t necessarily justify the full historical package. 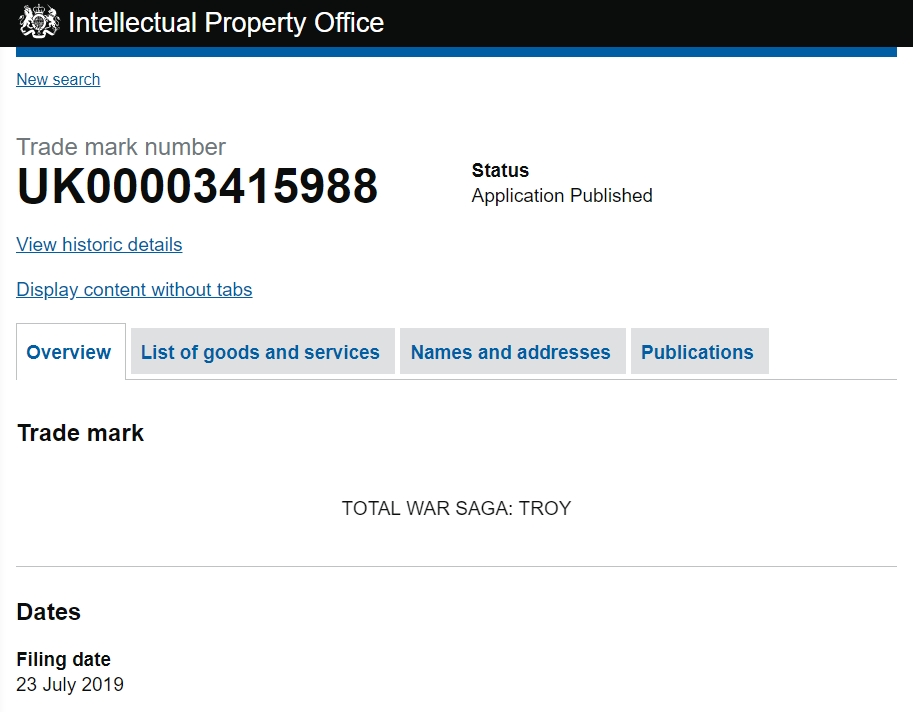 We’ve precious little to go on aside from the name, although the setting itself is pretty much self-explanatory from the title. In legend, Troy was a Bronze Age city attacked during the Trojan War. At the time it was in the north-west of Asia Minor, in an area which we now know as Turkey. There’s some historical basis to Troy, although much of what we think of it these days comes from Homer’s ‘Iliad'. You know, Helen, Queen of Sparta, the Trojan Horse, Achilles, Hector, Menelaus, and all that jazz.

At this stage, we don’t know whether Creative Assembly is going with a historical focus of delving head-first into Greek mythology. It would be quite neat if they did the latter as there’s plenty of scope to tie into Three Kindoms’ Romance hero system. Imagine slinging Achilles into battle against an army of Trojan warriors.

CA confirmed it was working on a new Total War Saga game back in March. Following this trademark filing, we’d guess we’re not all that far out from finding out just what’s in store.

This had better have good siege battles

I have been waiting ever since the first Warhammer was announced for CA to do a full Greek Mythology focused Total War. It worked so well with AC:Odyssey too, so excited for this.

"Achilles: Imagine a king who fights his own battles. Wouldn't that be a sight."

which achilles sayed that?
the pit one or the bald one