“Ray-tracing is one of the key innovations that we think is next for Minecraft”. Says Saxs Persson, Minecraft creative director. “RTX gives the Minecraft world a brand new feel to it. In normal Minecraft a block of gold just appears yellow. But, with ray-tracing turned on you really get to see the specular highlights, you get to see the reflections, you can even see a mob reflected in it.”

“Our tech gives us that custom flavour for each block that you can’t see anywhere else,” said Michael Weilbacher, CTO on Minecraft. “We wanted to keep the authentic look of Minecraft and still push the boundaries with ray-tracing.”

It certainly looks like a mightily impressive upgrade. The core visual appeal of Minecraft is kind of lost a little along the way, but it’s certainly worth it transform the world’s most popular game into something thoroughly modern-looking.

As for when you’ll be able to get your mitts on Minecraft RTX, that’s a little up in the air. It would appear Mojang and Nvidia are targeting a launch at some point within the next year or so.

It doesn't look as good as Sonic Either's. Java Edition for life!

RIP Sonic Ether... xD
But I'm happy about this! I'll be able to play with raytracing and not have to downgrade the version and play alone to experience better graphics.

Edit: BOOO! Win10 store edition only? Some say that, but where's the source??
Edit2: Nvidia's page mentions "we have reached a stunning new level of realism with the introduction of real-time DXR raytracing for the Windows 10 edition of Minecraft" - BOO!

"Considering this is only for W10 Edition and only supports Nvidia GPUs. I think not. Sonic Ether's mod is for java edition and will also support AMD graphics"

His mod also runs on compute only, so while the support is there - the framerates are crap and will never be as good as something that can run on dedicated hardware. That's the unfortunate truth...

It's written at the end of the video

OMG Ray Tracing that real truly looks better! As oppossed to the just "different" look of other games. (Except SOtTR's shadows)

Looks awesome, shame it's for just the Windows 10 edition, though understandable I guess.

This is exactly what RTX should've be done for. 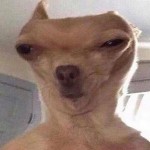 Looks Like Sonic Ether is gonna go out of business XD

Considering this is only for W10 Edition and only supports Nvidia GPUs. I think not. Sonic Ether's mod is for java edition and will also support AMD graphics.