What Are You Playing This Weekend - August 2019 Edition

We’re all set for a mini heatwave here in the UK this Bank Holiday weekend which means one of two options - fry outside like a pallid egg atop a car bonnet, or open the windows, get a breeze going, and get on down to some serious gaming. For professional purposes, we have to do the latter. It’s a real tough life sometimes. But, we’re interested in what plans you’ve got going on this weekend, whether gaming or otherwise!

We’ll get the ball rolling with our gaming shenanigans but feel free to pop down to the comments section below and let us know what games are keeping you up all night these days.

Jon - Other than a brief foray into Wolfenstein: Youngblood a few weeks ago, my life has basically been Fire Emblem: Three Houses for the last month. I didn’t expect it to happen, I’ve never really thought much of the series (just longing for Intelligent Systems to get back to Advance Wars)  but Three Houses is just something else. Best described as XCOM meets Harry Potter, it’s a monstrously addictive tactical strategy game with impressive depth to its RPG elements. I’m about 40 hours in right now and there’s still no end in sight so I’d imagine a fair chunk of my weekend will be spent teaching my students, getting smacked around on the battlefield, and spending hours poring over stat menus.

Aside from that, I think I’m going to check out that Call of Duty: Modern Warfare alpha test which is running this weekend. The Call of Duty series really hasn’t done a great deal for me lately but I’m liking what I see of the Modern Warfare reboot. In particular, I’m keen to try out this 2 v 2 no respawn mode as that appears to eliminate a lot of the spawn/kill/die/spawn/kill/die issues I have with COD’s ultra-fast multiplayer.

Squee: Thanks to a frankly ridonculous Humble Bundle sale that gives you the magic beans of Crusader Kings 2 and all of its expansion DLC in exchange for less than the price of a knackered out old cow, I’ll probably be sat around in my ermine cloak murdering my family members. Figuratively. Aside from that, I’ve spent a lot of time in strategy game land at the moment so I’ve decided to immerse myself in Assassin’s Creed Syndicate. I know it’s old, but I fancied a foray into the silly, grappling-hook-happy world of Victorian London for a bit. Drink accompaniment: copious cups of tea, of course.

Felix - I am eyeballing that new Anno 1800 title and its DLC. I am alas scared to pick it up, as it will eat into huge swathes of my time, which I should be spending on strengthening and beautifying our wondrous GD.

So, over to you GD’ers, what are you going to be playing this fine August weekend?

Monster Hunter World for me. The events going on for PC is pretty good. I'm getting caught up with all the armors I've missed.

Overwatch some tekken 7 and GTA V

Some Dishonored 2 for me this weekend, loved the first one.

Started half life 2 for the first time so will be finishing it and some paladins.

I'll be playing some CSGO. I've also been looking at videos of modded Skyrim again and I might just reinstall Skyrim and go modding. Just modding no playing because I doubt I'll have time left for that. Very recently I replayed Shadow of Mordor and I have been constantly going over to the steam page for Shadow of War but the MTX controversy with that game has me cautious. Should I buy it?

The developers removed all microtransactions from Shadow of War and now is far more enjoyable.

actually its same as at launch excelent upgrade from mordor, as for MTX idk why people always complained about games with them as i never felt need for them i mean for example you need to grind like a lot to get a specific item then there is question why do you want that item, is it required for finishing the game..no.. then you are wilingly wanting to get something thats rare and valuable but you want it from the start of the game and you dont want to work for it so you call it grindy game.
i can understand and i am fine when people hate grinding but when they start to bash specific games and defend other ones which are also grindy then i giving up.

sorry for going off the topic

Still just playing Rocket League :), Fire up Hell Let Loose or Squad if I want some hardcore FPS action though.

Zombie Army Trilogy again with a friend, Dying Light again but with another friend
they dont have free time that i do so i usually beat the game then year later they come to play it so i play again with them bec why not its funnier with friends

That's a good call on CK2. I've not played it yet and I picked it up in the Humble Bundle as well. The GF's out of town for a couple days. Might be a good chance to get into it.

Remnant: From the Ashes caught me by surprise. Should be a sleeper hit of this year.

revisiting Call of duty Ghosts...it's a semi-terrible game with aprox. 72 players online, but the map-designs are pretty good, and i can't wait to see the same kind of map-design in the new COD!

I literally bought Ghosts on PS3 because it died on PC.
It's the best CoD since COD4 multiplayer-wise and now CoD MW 2019 might be a true successor to both those games.
And yes the maps are excellent(except for freefall), like masterfully crafted, almost each and every line of sight. The tons and tons of guns and perks and streaks(and all for free, no loot boxes, no nothing), the perk system and class system as well, and the gun, perk and streak balance is excellent too, just excellent.

I agree with you, it's a good game, decpite the small playcount on pc! I wish more played it 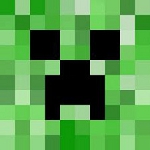 I just started playing Kingdom Come: Deliverance for the first time ever and I must say I'm actually enjoying it. They just added it to the xbox pc game pass thingy so I got it for free... well, sort of lol.

what a great game! stick with it, man. it's starts a bit slow but there's so much to do later on when you get your skills up. make sure to keep visiting captain bernard in the fighting ring just outside of rattay.

mount and blade: warband with the floris expanded mod. playing as a trader. i was always a mercenary chasing lordships and land in the past but being a trader gets you rich quick. pay for a massive army and become the unofficial king of Calradia.
it's such an in depth game. loads to do and potentially never ending. yet somehow not at all boring.

Vampyr, Darksiders 2 and borderlands 1 remastered. I'm catching up on games i missed.

vampyr is awesome! the only thing that bothers me is his face is so clearly vampirey. have they fixed that now?
apart from that it's an awesome game. really plays with your morality and the story is great.

Yeah that also bothered me despite that other vampires looked a lot less conspicuous. Maybe it's because he was made by a very powerful vampire which could...

explain why he was physically changed more than the others.

I picked up "Thronebreaker: The Witcher Tales" on GOG during a sale: I'll probably spend some time on it :)