With Remedy wildly altering Control's PC system requirements shortly before launch, it's been difficult to grasp whether we'd be getting ourselves a new graphical benchmark by which all other games are compared or, well, Alan Wake. Having spent some significant time with Control already, the answer is certainly nearer the former. Remedy has rallied together all of its craft and technical know-how to deliver a third-person shooter which massages your eyeballs as much as it itches your trigger-finger.

Control is a monstrously good-looking game, featuring cold Bauhaus-style architecture with sharp angles, towering heights, and glistening glass. It's a game which is both incredibly stylish and intensely photorealistic, an advancement which is no meant feat.

But, at what cost does all these fantastic visuals arrive? We've taken a look at Control for a series GPU benchmarks alongside our review of the game (which should be along shortly), hopefully providing some insight as to what you can expect from this greatest hits package of Remedy shooters. 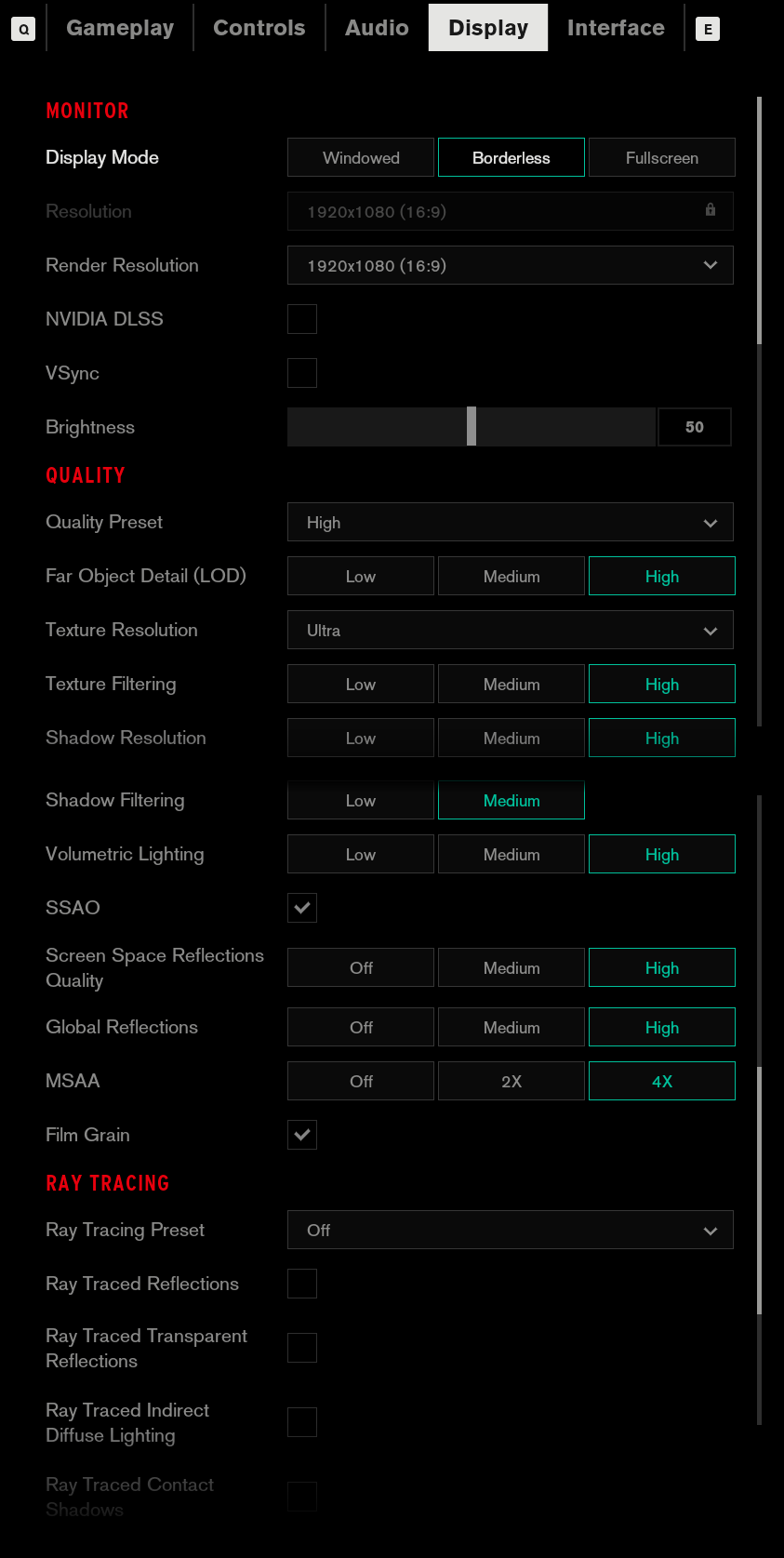 Control comes with a fair rudimentary set of graphics options outside of those juicy raytracing effects. There are less than a dozen settings to mess around with, although each can have a profound impact on visual quality. There also isn't much granularity either, restricting everything but Texture Resolution to just three choices or less. You won't really find any Ultra graphics settings in these parts, with 'High' taking the mantle of Control's most demanding graphics preset.

Unfortunately, there is no official benchmarking tool in Control. The good news is this means all benchmark results you see are going to be taken from actual gameplay. We used a fairly early section of Control to test performance. It features around eight spawning enemies in a large room, lots of debris flying through the air, and plenty of glass windows for those all-important reflections.

When you first boot up Control you're offered the choice between DX11 and DX12 modes. You'll need to run in DirectX 12 mode if you want to enjoy real-time ray tracing. Unfortunately, a new patch mid-benchmarking has appeared to disable the choice for the GTX 1070, meaning it's DX12 or bust.

We ran through these benchmarks at three different graphics presets, taking the average frame rate at 1080p, 1440p, and 4K resolutions.

For this Control benchmark, we used a GeForce GTX 1070 equipped with 8GB video memory. It’s backed up by 16GB DDR4 memory and an Intel Core i7-5820K CPU. 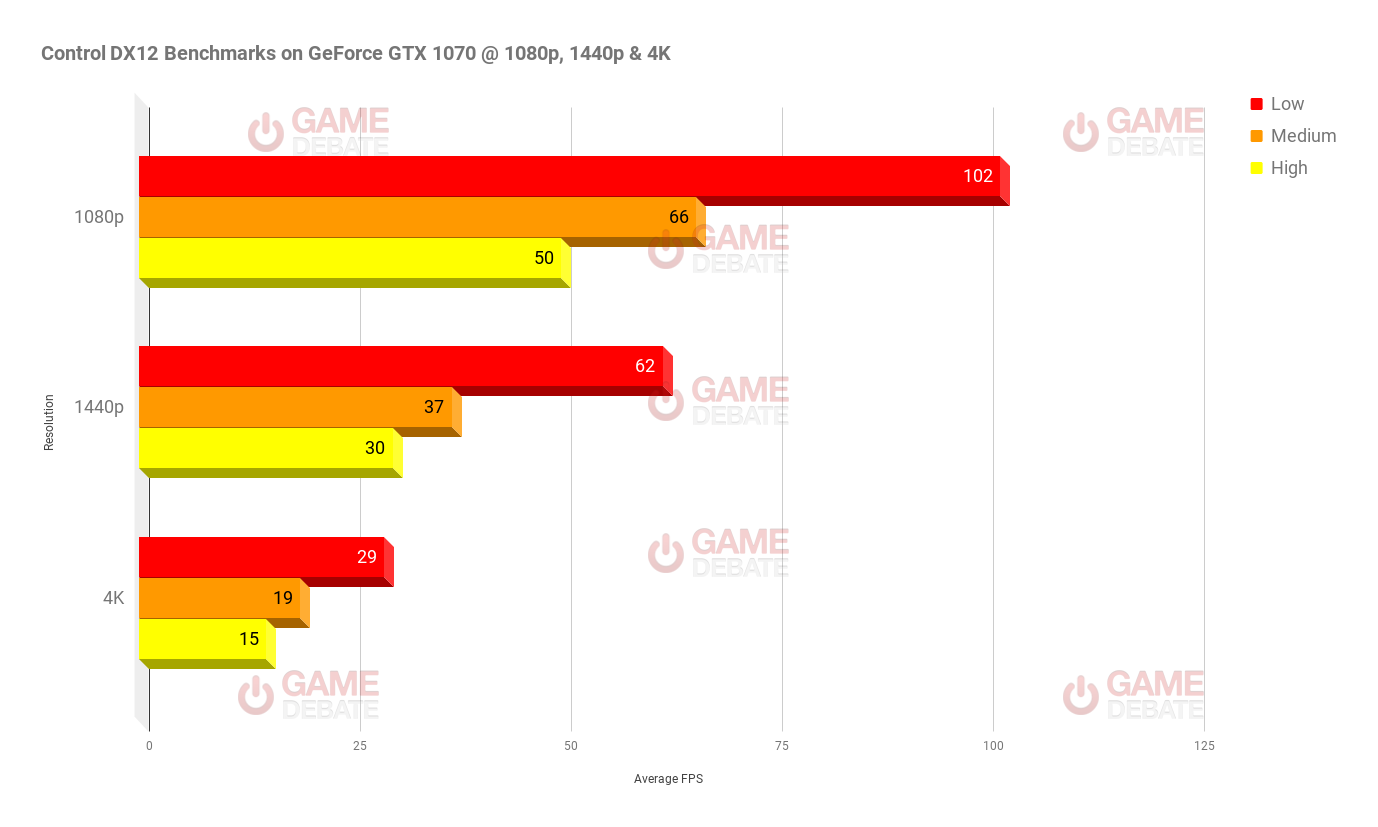 As you can see, the solid mid to high-end GeForce GTX 1070 really begins to meet its match here. Console-like performance is very easily achievable but beyond this we see a bit of a struggle. If you want to hit a locked 60 frames per second with zero dips below then 1080p/Low would be your only option. However, both 1080p Medium and High offer decently stable performance with just a few noticeable dips.

The GTX 1070 arrived in a position of some strength as a 1440p video card but it's facing an uphill battle here. Some people will be fine playing at 30 frames per second on 1440p/Medium, although we doubt there many who buy a $400 video card to play at 37 frames per second average.

With all that taken into account, we would recommend you play Control @1080p if you're using a GTX 1070. 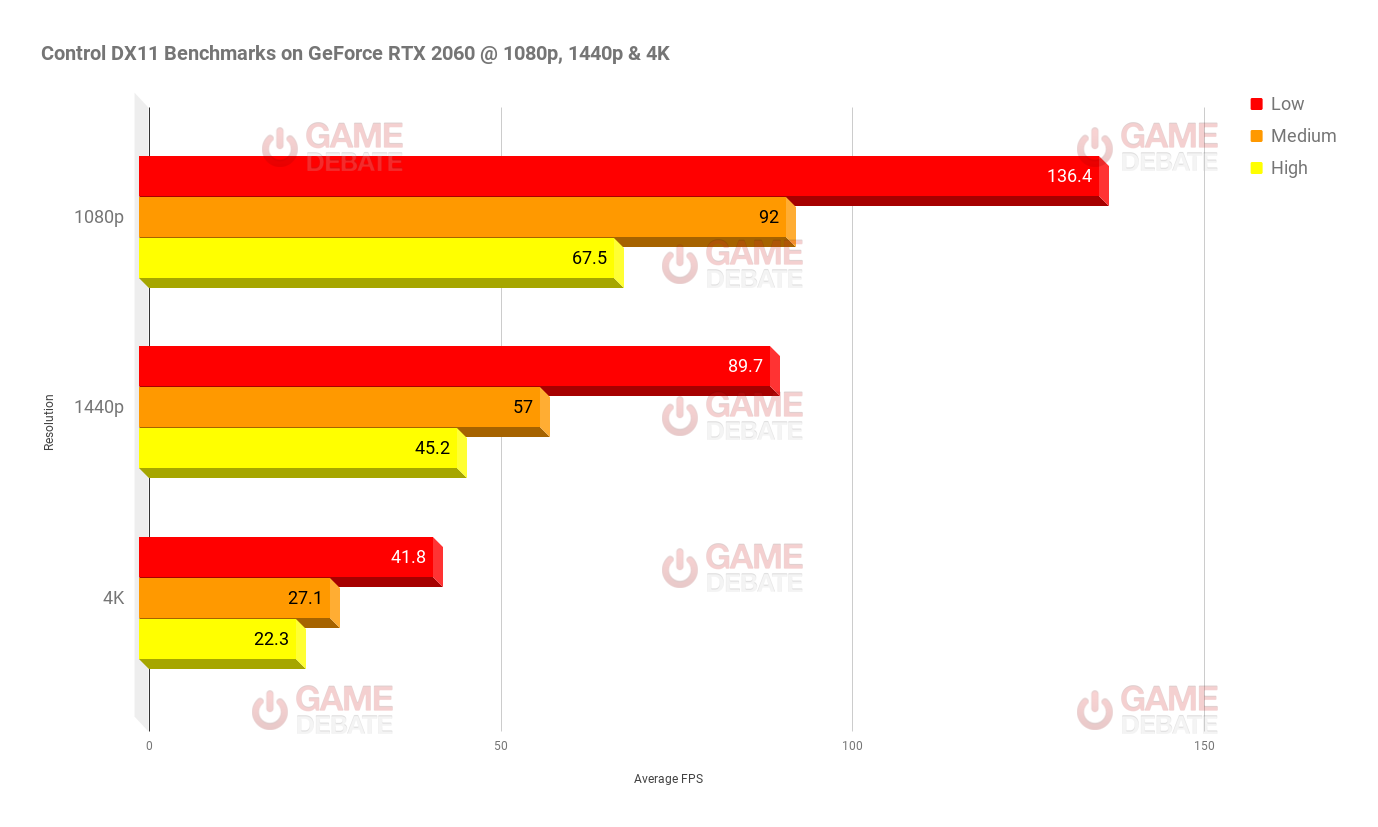 It's a far more promising tale for the GeForce RTX 2060 6GB which leaps well ahead of the GTX 1070 in terms of performance across the board. There's often not too much to separate these two graphics cards but, with ray tracing disable, the GeForce RTX 2060 steamrolls the previous-gen GPU. 1080p/High at a locked 60 fps is absolutely doable, while a sweet point can be found at 1440p/High.

If you've got this particular graphics though then it's unlikely you're going to want to play without ray tracing enabled. Turn on the RTX features and Control elevates from a decent looking game to a jaw-dropping one. It's comfortably the best showcase you can demo to your mates who want to see what raytracing is all about. 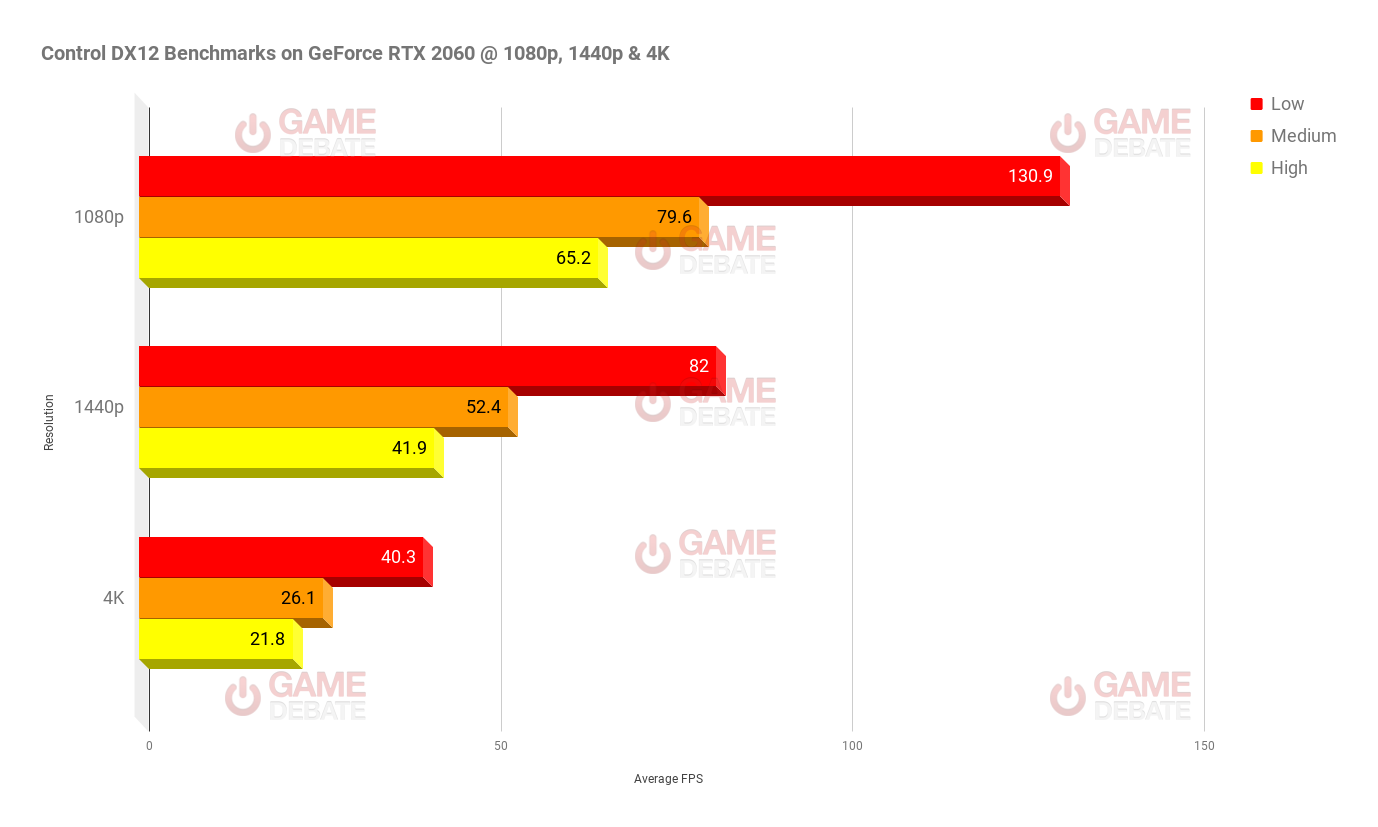 Several years have rolled by and we're still unsure about where the heck all those promised DX12 performance benefits are. It opens the door to new tech such as ray tracing, but all that promise of close-to-the-metal performance still hasn't really materialised. In fact, and for whatever reason, we discovered the DirectX 12 version of Control performs worse, across the board, when compared to the DX11 version. There's not a great deal in it but it's noticeable all the same.

Considering both DX11 and DX12 look visually identical (outside of raytracing), if you're planning to play Control without ray-tracing then we'd probably suggest you stick to DX11 mode. It's an odd state of affairs but based on our testing you should be able to squeeze a few more frames out.

dx 12 has serious issues, the same as the division 2 except it doesn't crash like the division 2. The performance is indeed better in both games but there are those microfreezes that are ****ing annoying in both games. In dx11 all is fine.

Guess more of low for me

what was the giveaway

I noticed that most games run better in dx11 vs dx12. I saw some footage of the game and the animations look very "tired" aka stiff im gonna try it out for myself and see. It did look good but idunno if RTX was ON or OFF.

I must admit I'm dumb enough to do it if I could afford it that is.

Is it possible to make a VRAM usage report? I want to know much of the recommended 11GB is actually required.

yeah i was 11gb, that gotta be a typo