Fresh from shifting a mighty impressive 15 million copies of Wildlands, Ubisoft's Tom Clancy's Ghost Recon series is back. The Ghost Recon Breakpoint closed beta test is running this weekend, open to those who pre-order the game as well a select few who've been sent invites. It's our best opportunity yet to get hands on with GR: Breakpoint and see how both the game and its performance are shaking up in the run-up to its October 4th launch.

Ghost Recon Breakpoint comes with a fairly exhaustive range of graphics settings to mess around. You'll probably be wanting to as well because there are huge visual differences to be found between each of Breakpoint's graphics presets alongside a sharp drop in performance for those who want the game to look its absolute best.

Most of these graphics and video settings business as usual, although background framelock is one which stood out to us as it's unusual to see. Framelock is exactly that, allowing users to determine the frame rate they want GR: Breakpoint to be fixed at. Background framelock determines a frame rate limit for when you've got Breakpoint running in the background rather than actively playing it in the foreground. It sounds quite unusual and niche but this is actually a decent way to throttle your GPUs workload if you're not actually playing the game.

For our (brief, for now) Ghost Recon Breakpoint benchmarks, we used the large open area found in the beta, looked for some action, then record at average frame rates. We ran the test at three different resolutions (1080p, 1440p, 4K) and across all six graphics presets. We have then provided FPS based on this.

We'll have more benchmarks with you in due course, once Ghost Recon Breakpoint actually launches in October. A month is a long time in terms of potential performance optimisation so we could well see some improvement between now and then. 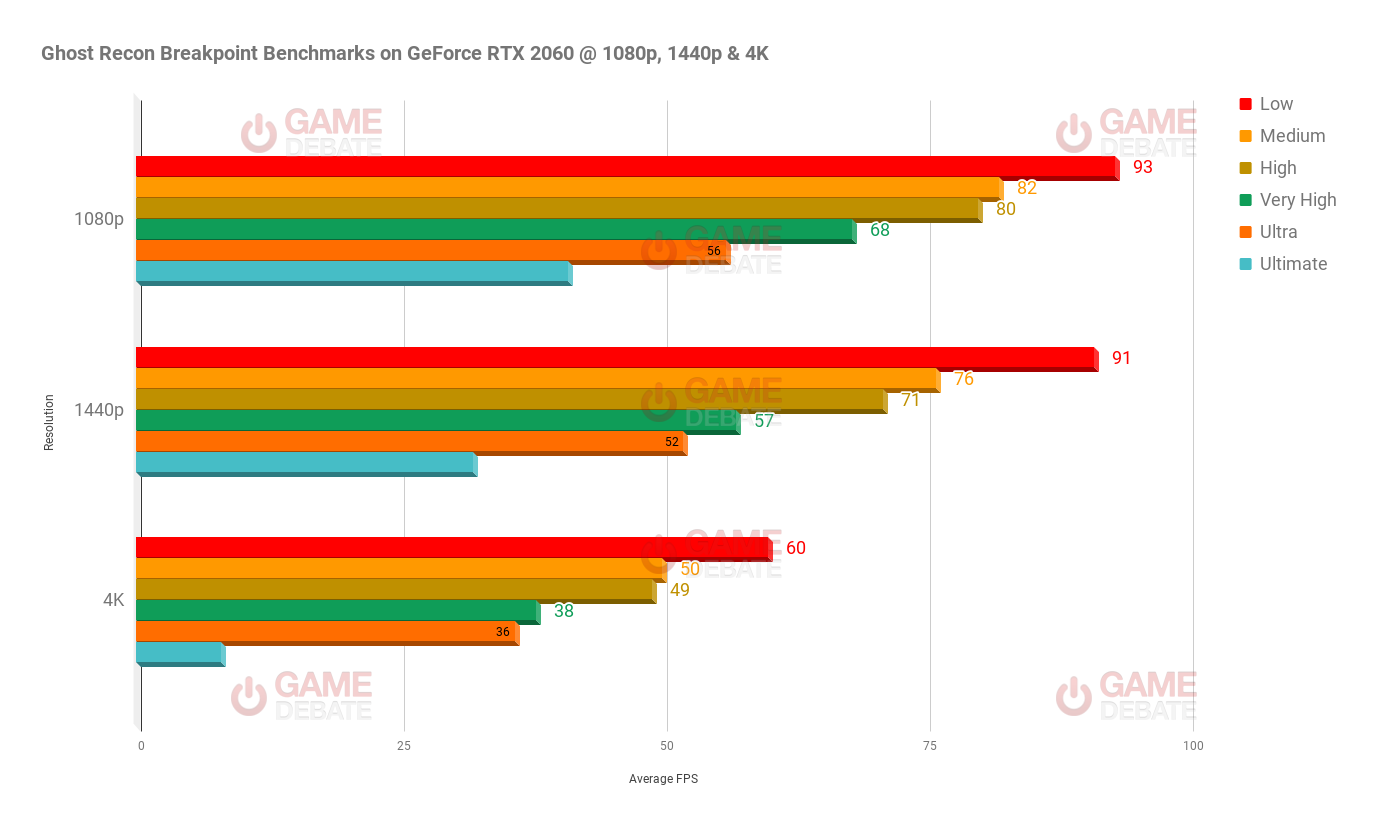 Ghost Recon Wildlands was widely renowned for running about as well as a one-legged turd on a hot day. It was and still is a gorgeous looking game though, with some truly vast draw distances which could bring both GPUs and CPUs crumbling to their knees. Ghost Recon Breakpoint doesn't quite suffer the same problem, at least in this early area of the game.

The GeForce RTX 2060 can pull in pretty reasonable frame rates across the board, even if a locked 60fps does prove elusive. All of these benchmarks runs were very playable though, bar 4K/Ultimate. Even 4K/Ultra at 36 fps offered a decently stable frame rate and it didn't feel as if it was causing me to miss shots. That said, a steady, higher frame rate is of course prefered, and I found settling on 1440p/Very High was my preferred option.

Breakpoint's 'Ultimate' graphics setting is exactly that, causing a fairly massive performance hint that definitely isn't worth the jump up from Ultra. One for the future, no doubt, but certainly far too demanding for GeForce RTX 2060 owners to justify at any resolution.

I think many of us have had to come to terms with the Ghost Recon franchise heading off in a very different direction to the one it began. It used to be about finely honed precision, belly-crawling through the woods, knowing just a single misplaced shot could spell disaster. The shift towards arcade-style shenanigans began with Ghost Recon Advanced Warfighter and it's only become more arcade-y as time has gone on.

Ghost Recon Breakpoint is somehow even more of a run and gun fest than Wildlands, at least based in my early impressions. You have no AI squad whatsoever but you can team up with online buddies. Enemies are pretty stupid and pinging off headshots is a matter of ease.

Compared to Wildlands, Ubisoft has also really leaned into The Division/Destiny-type MMO lite element. There's a social hub in the map from which you can pick up quests and head out, while your characters also have a gear score related to the tons of colour-coded loot you can pick up. It literally feels like The Division 2 in the woods at times and is the end result of Ubisoft smashing together just about tried and trusted aspect of its biggest franchises. There's a little bit of Assassin's Creed in the hunt for hidden treasure chests, plenty of The Division in the loot grind, and some Far Cry in terms of the setting and the carnage.

It's really early days just yet but, as a game, Ghost Recon Breakpoint appears to be doing frighteningly little that could qualify as 'new'. But, it seems fun another for some chaotic co-op shenanigans. Nothing more, nothing less. Perhaps the final game will hold some greater depth so we'll have to withhold any concrete opinions until Breakpoint's October 4th launch.

For those who've jumped in and had a go, what have you thought of the Ghost Recon Breakpoint closed beta? And how is performance on your rig? Let us know below!

What are the most demanding settings, the name not the quality of the setting (obviously ultimate is most demanding:P)? and i'm sure some quality level settings look the same, is typical of ubisoft

A bit more demanding then i expected... But its nice.

It really is pretty demanding but I got stable fps in game, high settings.

I put it in extreme difficulty and I agree that enemies are stupid. easily took down those high gear level enemies one by one because they doesn't seem to care whats happening and are just waiting for someone to kill them. Wildlands was pretty challenging specially on Tier1. but tbh I kinda like the game, looks beautiful too imo. I better get back to it. xD

seems no ai buddies all solo

why? does this means Breakpoint is one of those game with always online required

aye I second the request for GTX 1080 benchmarks

I played the beta yesterday.
What I read in the article, I what I also felt the game as. Not a fan of a gear lvl. But when in prone you can camouflage yourself in the mud is a improvement, but still arcady.

is your ram on dual channel ?

@andrej997 yes mine was running high with just fine but I got anywhere from high 40 to low 28 in betta with a lot game glitches hope they fix in the game before lunch or they gunna have a lot issues but gunna be really better game then first game wildlands seems like a lot more customization for characters and more vehicles so should be really good game I have uplay plus cheaper then buy games indvidualy easy pay 14.99 plus tax a month then pay $100 per ultimate game 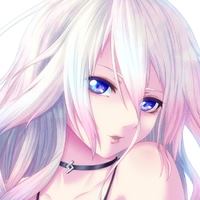 same here about 30 ish but i am on Very High, you should able to put there too xD