GOG continues to ring the changes for GOG Galaxy 2.0’s best client, showcasing the new ‘Atlas’ update with a raft of new features which is really beginning to elevate the client above and beyond Steam in certain areas.

Atlas, appropriately enough, is all about mapping your game library. As of this update, you’ll be able to search for and launch any game with a single key press. They literally mean any game as well. It pops open a window which not only allows you to search through your friends list and your game library, but also to search for and pull in the metadata for practically any game in existence. This includes artwork, genres, release dates, and review scores.

Using this new method, users can now very simply add any non-GOG game to their library. All you need to do is hit Ctrl+F, search for the game name, and click to mark it as owned with artwork and everything. You can then manually target an executable to link with the game, allowing playtimes to be tracked.

On top of this, GOG is adding the ability to sort by and show more information for each game (developer, tags, platform, install status, critic rating, last played, etc), with each column able to be added or removed independently, and shuffled about through drag and drop.

GOG are evidently trying to give users more methods than ever to organise and customise their library in however method they see fit. It’s a smart move when we consider GOG is trying to become the PC gamer’s ultimate games hub; the launcher from which any and every game can be tracked and launched. These are impressive strides so shortly into GOG Galaxy 2.0’s beta and, having used it for a month or so now, it’s very easy to see how GOG could become the home of any gamer’s setup.

What are your thoughts on the changes coming in with GOG Galaxy 2.0? Beta testers, has GOG Galaxy become your default launcher now, or do you still consider yourself a Steam gamer primarily?

Does this mean you can launch emulated games through Atlas?

Latest release is now really looking the part. The coders acknowledge all the reports and many things are getting fixed or looked into. Can add your own games and xbox/pc anywhere games now launching properly make this my go to launcher. Hope all get to enjoy this soon.

I really hope GOG will get bigger and better than Steam one day soon, DRM free games and all that cool stuff.

Still waiting for the beta since June.And,from all i've seen and read, i'll keep only GOG on my PC,definitely. 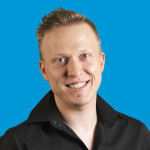 I've been registered for the beta a long time ago and I don't seem to be getting any invite to download the new beta... :(

you are not the only one

every game launcher has the option to manually add game exe files. whats so new?

This one brings the possibility to see other friends playing games directly from it, as well as achievements, last time played, playing hours monitoring and being able to talk to other persons directly from it.

I really never used gog before but seeing other alternative's strategies and drm filled games i just now installed gog galaxy and im definitely getting cyberpunk 2077 on gog, steam, epic games and others can suck it.

Also loving how well old games run from gog compared to steam when you need bunch of community fixes and patches...

let me tell you ... gog is not the launcher , when u launch any steam game steam clients starts running in background , so there is absolutely no difference in performance or anything you might be thinking.

Nice i really do love this 2.0 release been using it since the closed beta came out and have pretty much switched from Steam as a primary launcher. There are still a few bugs and features missing but i like the way it unifies all games under 1 launcher. Im glad you can link other games now they dont always show up prop