What do Texture Filtering and Anisotropic Filtering do - Graphics Settings Explained

But what is Texture Filtering, and should you bother turning it on? The technology enhances the image quality of textures when they are viewed at oblique angles. That is to say, when you aren’t looking at a texture head-on, such as a wall or floor stretching off into the distance. AF reduces the amount of blur and also helps to preserve the detail of the texture.

Drilling down to the basics, Texture Filtering is handling how a 2D image (a texture) is displayed when used on a 3D model. While looking at a 2D image head-on will display a pixel-by-pixel recreation, viewing at a distance or angle can warp the clarity. Texture Filtering identifies the point on the texture at which a particular pixel is drawn from, samples nearby texels, and spits out the correct colour.

AF is an improvement on the old bilinear and trilinear filtering techniques, producing sharper, clearer textures no matter what angle they’re viewed from. It’s fast, anti-aliased texture filtering which can improve image quality dramatically with little impact on performance.

How demanding is Texture Filtering?

Settings vary from Off to 2x, 4x, 8x, and 16x Anisotropic Filtering. These settings determine the steepness of the maximum angles at which AF will filter the texture. 8x is twice as steep as 4x, etc. The higher the setting, the more VRAM will be used. Texture Filtering is typically a fairly undemanding graphics solution, typically causing a 0-4% drop in frame rates depending on the settings used.

Is it worth enabling Texture Filtering?

Considering how little Texture Filtering (AF) impacts your frame rate, we would recommend you enable Texture Filtering or Anisotropic Filtering at all times. It will guzzle down a bit of video memory on your graphics card though, so if you’re still using a 2GB VRAM video card or less then you may want to turn the settings down a notch or two to preserve performance.

As with a lot of graphics settings, it is a case of diminishing returns as you move up through the presets. Having AF turned off will look dramatically worse than 4x AF, while there’s often very little visible difference between AF 8x and AF 16x as the instances in which you are viewing angles this obliquely will become rarer.

TF's usefulness will vary from game to game. In the instance of Gears 5 below, you'll see there's precious little separate 2x from 16x. There's a little more clarity at 16x that's easier to detect when the game is in motion, but for the purpose of stills there's not a whole lot to see. 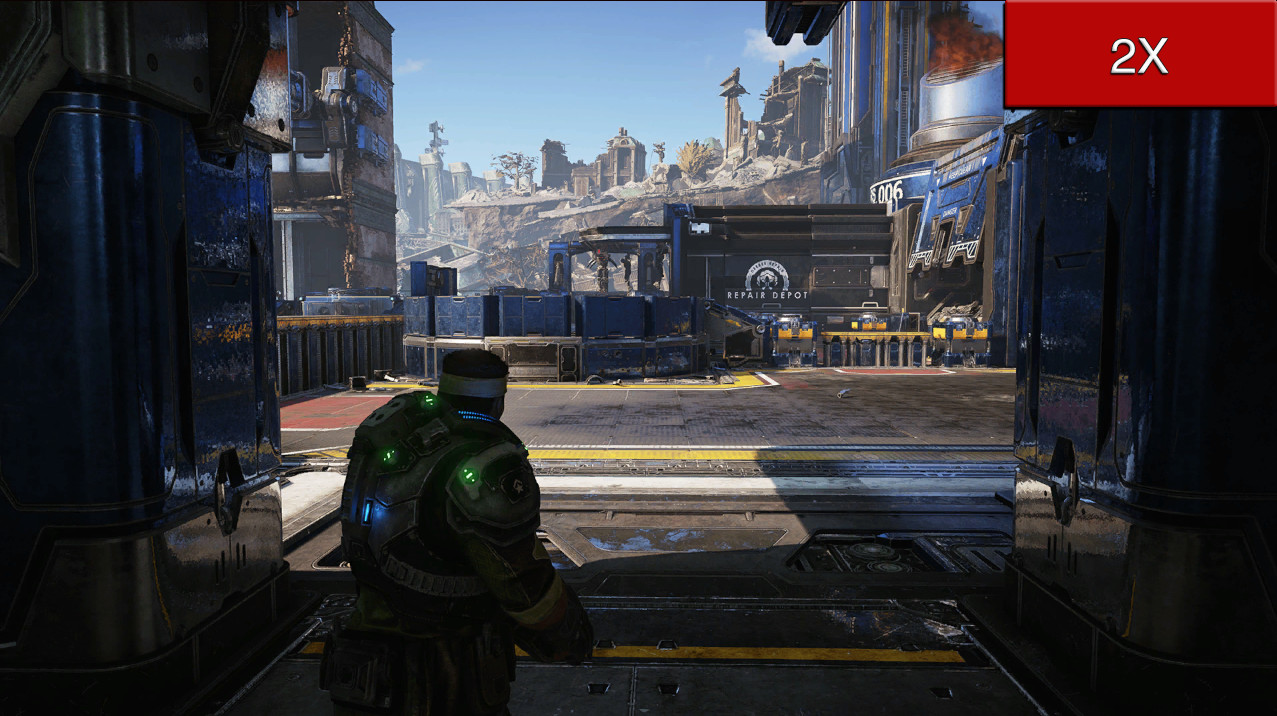 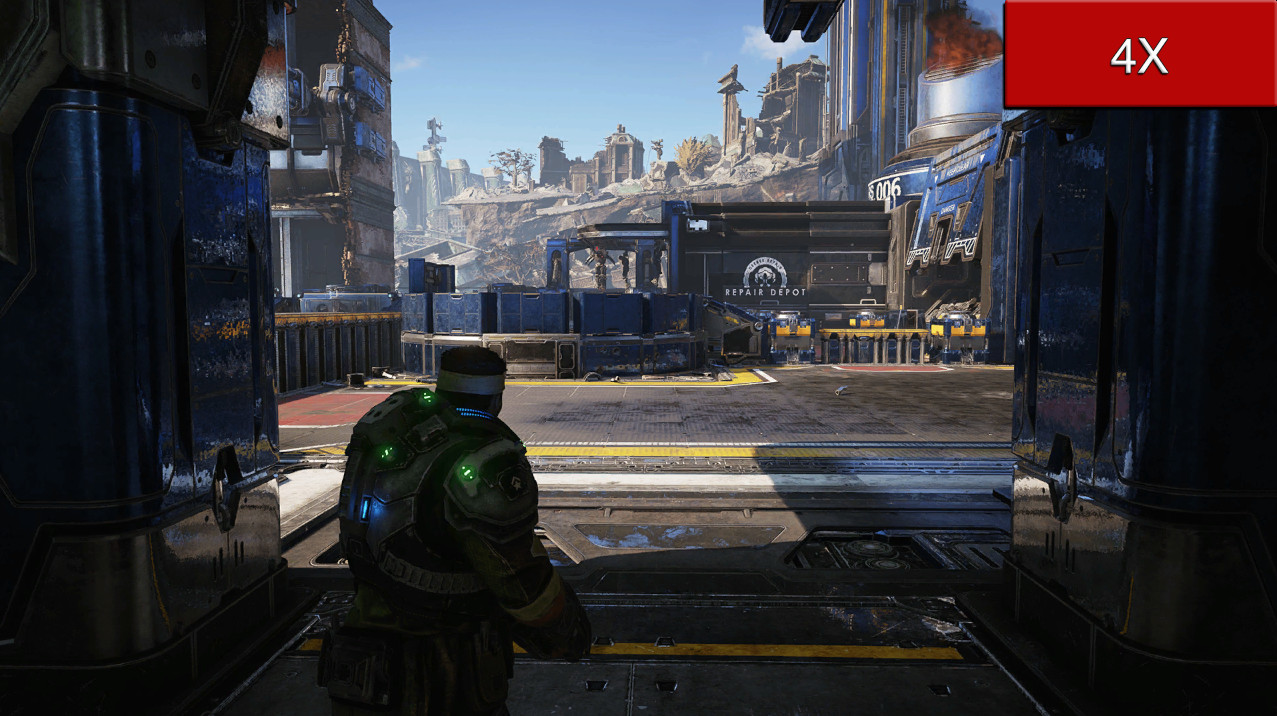 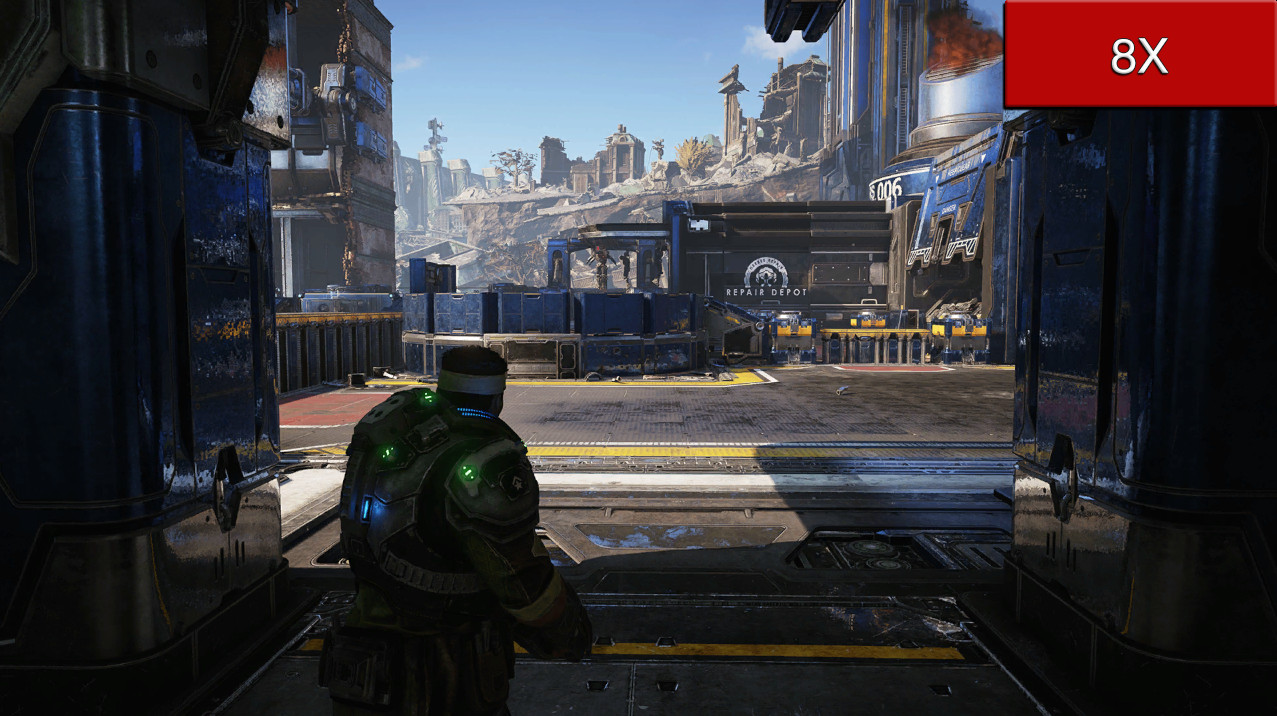 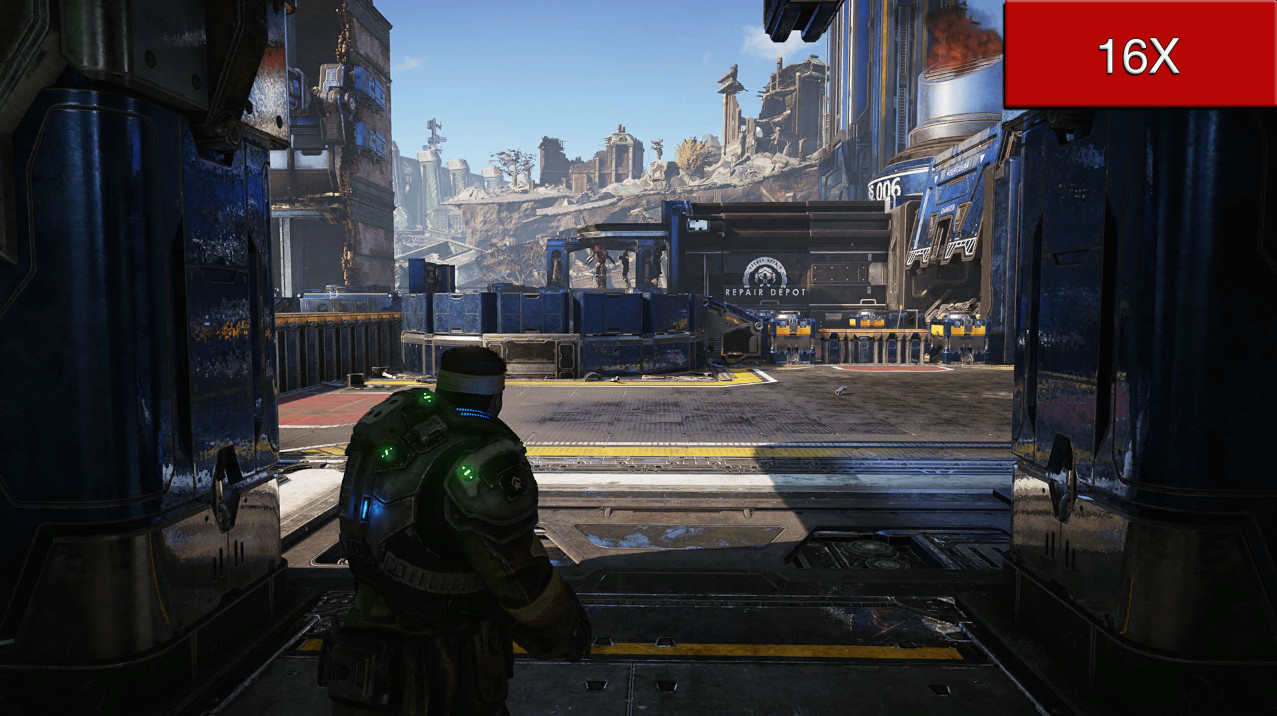 But, if we move onto a second sample game, Hitman 2, you'll see the application of Texture Filtering makes a night and day difference. You'll notice in the Low screenshot that the ground textures appear extremely blurry, particularly when looking at more detailed elements such as the arrows on the floor or the dividing line running up the exit ramp. On Ultra the floor texture appears sharp and clear, even when viewed at an oblique angle.

“at that resolution you will run this at highest settings :) [slope unblocked](https://slopeunblocke...” - Philomena

“i dont think we will be getting beyond good and evil 2 next year. @[geometry dash](https://geometry...” - benjamin112

Out of topic, but imo new design of website is terrible and the way how hardware scores now is confusing. So confusing that I will probably stop doing hardware comparisons here and go look at passmark. RUINED!

Honestly AF should be enabled and set to maximum quality by default in all future games. Fps impact is hardly noticeable but the visual changes are astonishing.

Yes, but in some games there is a good impact. Batman Arkham Knight for instance even on the latest update, this setting has a big impact on your FPS.