Dota 2’s community forums are ablaze since Valve has implemented a gloriously hilarious ban of almost 20 years for the most toxic players in the community. Valve’s MOBA suffers from one of the most toxic communities in gaming, so much so that the sort of behaviour which has gone on has come dangerously close to being normalised.

That’s all changed overnight though, with Valve banning a seemingly a huge wave of players from its free-to-play title. Users who’ve lost a large number of conduct points through abusive comments and disruptive behaviour, both in-game and on the Steam community discussions, are now banned from playing Dota 2 until 2038.

Players start with 10,000 conduct points and this figure rises and falls based upon toxicity, leaving games, not playing your role, etc. Once this score dips below 500, the 2018 ban kicks in.

It’s unclear just why Valve has settled on a 19-year ban but it would appear, for all intents and purposes, that the bans are permanent. 2038 is just the farthest further forward which Valve can allegedly ban for using its int32 programming system. 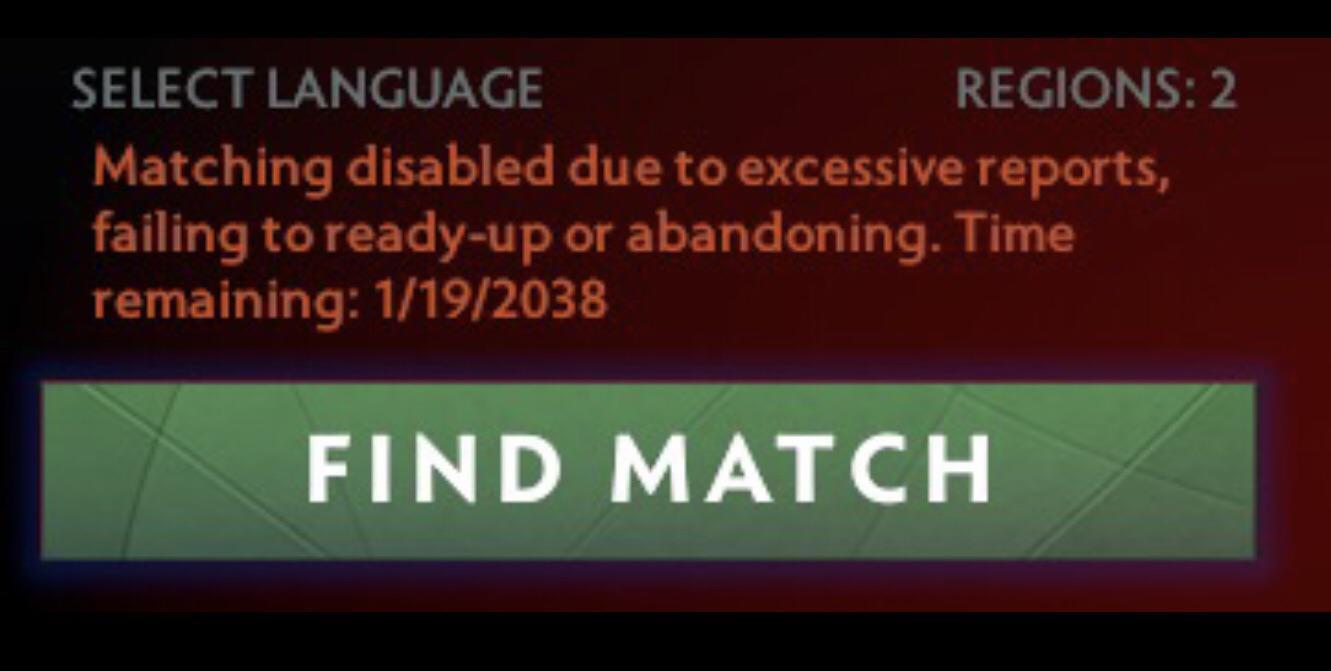 Valve implemented what could be Dota 2’s larger ever wave of bans on September 17th, during a ranked matchmaking update. Users have attempted to circumvent the system using smurf accounts but access is denied based upon user phone numbers linked with Steam accounts.

Right now the Steam Community discussions are ablaze like hellfire. It’s post after post of toxic players raging about their ban, all of which appear to be related to toxic behaviour and cheating. Let there be salt. 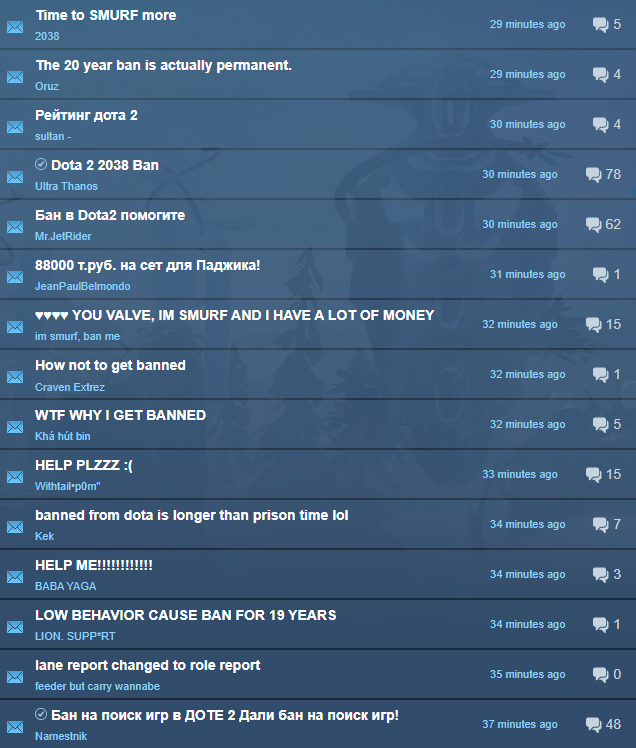 Toxic behaviour is often just treated as the norm a lot of the time in games these days so it’s certainly nice to see Valve take some decisive action and weed out the angriest of these weirdos. There’s healthy competition and then there’s just flat-out abuse; Valve has given the worst offenders enough rope to hang themselves.

What do you think then, about time these players were given the boot or is the maximum-length ban too harsh? Does F2P contribute to more toxic behaviour? Share your thoughts below!

Quite a few russians there looking for helps (I can read russian) LMAO. What a shocker xD

Great, now do the same for Battlefield.

*For every single online game.

Good riddance lol. To be honest a lot of the times this game does bring the worst out of you due to its complexity combined with the fact that its a team multiplayer game. More than any other game I have played I think. However some people's worst is just... way worse than other's lets say. There are some ridiculously toxic people in this game and I am glad to see them gone. Valve has been trying to improve the situation for years now though, they havent been sitting on their butts. This is just another step in the right direction.

They're just going to make new accounts...this solves nothing

They will find loopholes.It's inevitable.

Might not SOLVE the issue, but it still might HELP. You're making it harder for them to play, players have lost a lot of progress and playtime and might overthink their behaviour and be more friendly in the future. Of course there's gonna be trolls who will just make more and more accounts, but most certainly a lot of the banned players are also main accounts of toxic people who might not be happy about getting a ban after thousands of hours.
Making unwanted behaviour harder to get away with, is always a good thing.

Well this is nice, thumbs up!

This news just made my day XD!

Have to say I'm surprised Valve actually did this.
If they keep the ban permanent and there's no chance to redeem oneself, ppl might finally stop being such dicks.

Being toxic is never acceptable , doesn't matter if teammate was bad or there was a troll in your game... you can always just ignore them, that's is all it takes. Hilarious to see people being surprised by their bans tho, keep it up.

"My teammate's playing bad, what can I do to make him/them play better? Troll and insult them, how did I not thought of this earlier!! " - them, probably.