Call of Duty: Modern Warfare's beta test is rattling away right now on PC, offering up a bunch of maps to modes to play around with ahead of next month's launch. We've been busy messing around with it, primarily because we were very interested to see how Infinity Ward's new game engine holds up. The answer, unsurprisingly, is 'very well'.

But, as the old saying goes, you can never have too many frames. While performance with a GeForce RTX 2060 on Ultra was, by and large, fantastic, there were a few minor dips and stutters which led me to thinking what would be the optimal graphics settings for playing COD:: Modern Warfare.

The purpose of this exercise, really, is to drop down from the maximum graphics settings as low as we can get before notice a discernible drop in graphics quality. Of course, every graphics setting will have subtle differences when examined under a microscope, but this is designed to find the reasonable upper limit to the visuals. Put your settings to anything higher than this and you’re arguably sacrificing your frame rate for very little in return.

You can see our full rundown of Call of Duty: Modern Warfare’s PC graphics settings here.

First of all, COD: Modern Warfare runs absolutely fantastically. With any luck, a lot of people won’t even need to make use of such a guide as this. But, if you are struggling a little with your frame rate and you don’t want to make major graphical sacrifices, this guide should be able to point you in the right direction.

Rendering at 1440p did reduce the frame rate somewhat though, and it's here where we begin to see the advantage of the optimised PC graphics options for Call of Duty: Modern Warfare (2019).

On average, the optimised graphics settings ran at 9.7% higher frame rates. The real benefit was to be found in the minimum FPS though. Ultra dipped down near 70fps while Optimised only barely dropped down to Ultra's average FPS. It's a more stable experience. The minimum frame rate on Optimised is almost 25% faster. On top of this, the 0.1 lows, which can indicate stuttering, show Ultra can dip below those all-important 16ms frame times.

Slide your cursor over to compare

Here you can see a quick comparison of my Optimised graphics settings versus Call of Duty: Modern Warfare beta's maxed out graphics settings. Unlike our usual Low vs Ultra graphics comparisons, we basically want these pairs of screenshots to look as similar as possible.

They look almost identical, although there is probably a case to be made for turning Shadow Map Resolution up to High to prevent a handful of rare but unsightly aliased shadows. That said, while playing a match I couldn't accurately eyeball which of the two graphics settings it was set to, which was the purpose of this exercise.

So, how are you all finding the Call of Duty: Modern Warfare PC beta test so far? And which graphics settings have you settled on? Remember as well you can add your FPS results to GD and help other users benefit from the knowledge of your performance data. The more that's added, the more accurate it all becomes.

Let's be honest, CoD ain't winning any awards in the looks category but the new engine does help in improving visuals especially when compared to Black Ops 4.

Also the game runs rock solid on Max settings even on a GTX 1060. I did a video on it and it never dipped below 60 fps for me.
https://youtu.be/CdXzSpIrxFU 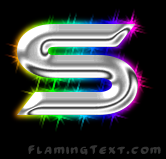 Eh in any way I get 100+ frames so it doesn't really matter. 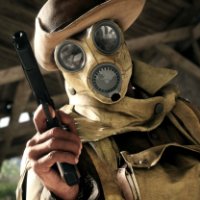 Playing the Beta on 1080p Ultra settings, Mimimum frames were 60, Average is 80 and maximum Frames ive seen were 105 Fps, which is probably pretty fine for my Setup, except the VRAM is maxed out at 6GB, which gives me some small Lag Spikes.

your teamates got killed cuz of optimized settings

The lighting and shadow changes a lot. Other than that very minor changes.

Why would you set Texture Filter Anisotropic to medium? I've never encountered any frame drops by setting this option to 16x (which is considered ultra in all games I know)

In the second picture, optimised looks better than ultra.

I disagree. It looks more like graphics we are used to. The ultra is setting the ambiance, while the optimized shows a pretty picture.

Yeah the ultra one is way better. You can really spot the ambient occlusion setting there

Ambient Occlusion for static objects is enabled in both Optimised and Ultra.

i said it cause i spot some darkened edges and softer shadows in angles, but since you say ambient occlusion is on in both cases, it resolves back to illuminations and shadows settings.